Parental alienation and intractable contact disputes – when all seems lost 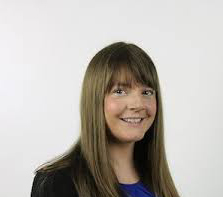 Stacey Nevin
Associate
Occasionally, as a family solicitor, I come across a case that makes me despair. Thankfully it’s rare, but that feeling overwhelmed me when I read the child contact case of Q and R (Intractable contact) [2017] EWFC B35. Before I explain why, I must be clear that this piece does not intend to direct any criticism at the learned judge or the majority of the professionals who ably assisted her. Reading through the judgment it is clear that the judge was faced with an impossible dilemma:

"the principal (monthly) periodical...
£389
View product
My feeling of frustration was triggered by the sense of injustice to both the children and their father that this case gives. That a parent who actively sought to alienate the children from their other parent achieved that aim; for contact to be severed regardless of whether or not the father himself posed any risk (the judge concluded he did not). It is clear from the judgment that the court did consider whether this was the best way to further the children’s welfare, but the outcome that saw a parent who appeared to be guilty of deliberately flouting court orders (a parent who 'corralled professionals to her cause') achieve this left an incredibly sour taste in my mouth.

I would urge anyone interested in parental alienation and child contact disputes to read the judgment. HHJ Vincent has done an excellent job in setting out the history of the case and the issues the court faced in a clear, readable manner. In summary, however:

Thereafter a pattern ensued: soon after contact was ordered, the mother would allege a reason for it to stop. In HHJ Vincent’s words, the mother was 'unwilling at every stage for contact to take place…When it has happened, she has looked for difficulties and at the sign of any difficulty her response has been to renew allegations against the father, recounting her version of history and to suggest that contact should stop'. The parties would go back to court. Contact would be ordered again. The pattern would repeat. Eventually, the children went for a two-year period without any contact with their father and the case ended up before HHJ Vincent. By that time, despite positive contact taking place at various points in the proceedings, both children were expressing a clear wish not to see their father again.

The role of the expert witnesses

Neither the expert witnesses nor the judge were faultless in their conclusion of the father, commenting that he was physically imposing, saw things in black and white and was 'essentially practical not emotional and not possessing much insight into the impact of his powerful presence on others'. It was acknowledged that the assault on the mother in 2007 was horrendous, however it did not automatically disqualify him as a father and none of the experts, save for one, concluded that the father, himself, posed a threat to the children. Most of the experts found favour with the father at various points of the proceedings:
Only one expert formed the view that the mother’s anxieties were genuine; a social worker referred to as MA in the judgment. The judge concluded, however, that MA’s report was based on incorrect information. The mother had told him of various events, none of which were reported accurately by her. Disappointingly, MA had not read the bundle provided to him. HHJ Vincent viewed MA’s analysis as flawed, based on a view of the father which was factually incorrect and not supported by the overwhelming weight of evidence in the case.

Save for MA, there was an acknowledgment across the experts that the children were suffering and would continue to suffer very significant harm as a consequence of being separated from their father and from the false belief system behind the reasons for that separation, instilled in them by their mother. Yet the result was an order for indirect contact only and given the history of this case, the cynic (or realist) in me believes that even that is unlikely to happen. The judge herself acknowledged that she had no confidence in the mother’s ability to promote it, however felt it was important for the children to see that the court had endorsed potential channels of communication with their father. She stressed that the order she was making was done so with reluctance, describing the suggestions she had made as 'meagre' and as visiting 'a grave injustice on both the father and the boys'.

How could this happen?

Whilst the experts acknowledged that the children had a false belief system imposed upon them by their mother, their fears and anxieties were genuinely held. Their reality was false, but to them it was just that: reality. The guardian, Dr Misch and Dr Morgan, all of whom had concluded that the children were not at risk from the father, also concluded that further contact would put the children at risk of future harm. If an order for contact was made, it seemed likely that the same cycle would repeat and the children would end up embroiled in more litigation. For all of my outrage at the injustice of this case, I have to agree that this seems a near certainty. There were also concerns at the effect upon the children if they felt that their clear wishes and feelings were being ignored. The judge described this as a 'running into the road case'; a case where the children have expressed such strong views that they do not wish to be with their father, they might put themselves in harms way if made to see him against their wishes.

I am not an expert in any kind of psychology, however an obvious question to ask must be whether these children will grow up with conflicting thoughts as to their parentage. What will happen when they realise that half of their genetic makeup comes from the parent they have learned to fear and reject? The court acknowledged the risk of harm to the children in the future and Dr Misch predicted that there was a risk to the children’s relationship with their mother as, from his own experience, a large proportion of children who had been denied contact with a parent started to question their experiences in adolescence, often took steps to find the parent from whom they had been denied contact and, as part of this, would be ‘likely to feel the mother had not acted in their best interests’. This was put to the mother, who was 'unmoved'.

Given the historical pattern over last five years, the experts’ views and the circumstances by the time the case came before HHJ Vincent (particularly the clear views of the children), I can see why this deeply undesirable outcome appears to be the marginal lesser of two evils. Yet still, I feel dismayed.

I have read the history of this case with the benefit of hindsight, so perhaps what seems like an obvious attempt by the mother to derail contact was not so obvious at the time. Allegations cannot be taken lightly; the cost of ignoring properly founded allegations can be too great. However five years of the same pattern developing just seems wrong. Should there have been more robust intervention sooner? A change of residence considered? In this case, by the time the case came before HHJ Vincent, it was considered inappropriate and the father was not seeking it, acknowledging that it was not what the children wanted. Might it have been different if it was considered earlier? Such bold and drastic measures in the early stages of a contact dispute usually feel unreasonable and disproportionate, however this case demonstrates the need for practitioners to consider such steps earlier on if the circumstances require it.

Cafcass recently launched new guidelines called 'High Conflict Practice Pathway', a practice framework being developed to help practitioners 'systematically assess cases which feature adult behaviours associated with high conflict'. The announcement has been welcomed by many, but there remains a lot of work to be done across the profession.

The prospects of alternative dispute resolution working in these cases are slim and court proceedings are usually inevitable. These cases are described as ‘intractable’ for a reason. They are the most difficult cases to resolve and more often than not, need judicial intervention. Practitioners and the judiciary must have the courage to consider early and robust intervention before cases like this reach the point of no return. Family solicitors must educate themselves in studies and works of individuals like Dr Misch and Dr Morgan. We are not experts but, when advising our clients, we must have an understanding of the complexities and risks involved with these sorts of cases. It is irresponsible if we do not. The court must prioritise the welfare of the child, but what about the welfare of that same child in several years’ time, or even when they have reached adulthood? We cannot crystal ball gaze but consideration must be given to these issues, whichever party we are advising. Whoever we are acting for and whichever party is presenting an intractable position, every case like this has one common denominator; a child or children stuck in the middle whose present and future welfare lies in the balance. This case is a reminder that we can and must try to do better.
This article was originally published by Kingsley Napley