Oral agreements and interests in land: a walk in the park! 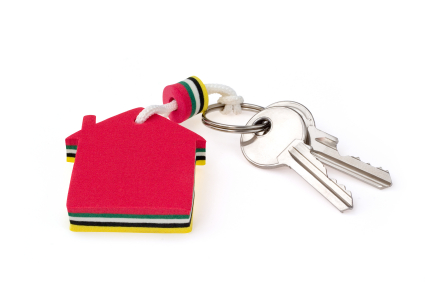 Gwyn Evans
Barrister
Can you give away an interest in land in the course of a discussion? In Ely v Robson [2016] EWCA Civ 774, Ms Robson argued that you could not: an oral agreement would not be compliant with s 2 (1) Law of Property (Miscellaneous Provisions) Act 1989 (the '1989 Act').

Following the parties' separation, Mr Ely had issued possession proceedings and Ms Robson a TLATA claim, in both cases with respect to the family home, which was in Mr Ely’s sole name. In 2007 they had settled this first round of litigation during the course of a discussion in Poole Park, subsequently informing the court that the trial could be vacated.

In round two of the litigation, the Court of Appeal considered the compliance of the oral agreement with s 2 (1) of the 1989 Act, and whether the agreement was sufficiently certain or complete for equitable principles of proprietary estoppel or constructive trusts to be engaged.

In the December issue of Family Law I have written a longer article about this. My Family Law article examines the legal issues in this case, concentrating on the requirements for formalities, and on the authorities upon which Ms Robson relied. You can subscribe to Family Law here. In the meantime, here is a run-down of the key issues in Ely v Robson and some commentary on the state of the law.

The first instance judge in round two tried as a preliminary issue the dispute as to whether a binding settlement had been reached. He accepted Mr Ely’s contention that in 2007 the parties had agreed a compromise such that Mr Ely would hold the property on trust for himself for life, with a remainder of 80% to his estate and 20% to Ms Robson. The agreement accounted for the fact that the parties had also been accommodating Ms Robson’s aunt (Ms Ellis) and her mother (Mrs Robson). Ms Robson would have a right to occupy the property for so long as Ms Ellis and Mrs Robson were alive, and Mr Ely would have power to sell the property thereafter. He would relinquish any claim to an interest in two other of Ms Robson’s properties, towards one of which he claimed to have made contributions at the time of purchase.
The agreement had been written up in Mr Ely’s solicitor’s letter of 14 August 2007, although that letter explained that counsel’s advice was being sought on drafting, and that simplification of the agreement was sought so as to minimise tax liabilities. Both parties had signed Ms Robson’s solicitor’s letter to the court asking for the trial to be vacated, and relisted thereafter, permitting time for negotiation of correct written terms of settlement.

Ms Robson’s solicitors wrote to the court in January 2008 indicating that the case had settled.

Decision in the County Court at Swindon

The trial of a preliminary issue was on Mr Ely’s subsequent claim for a declaration and an order for sale.

The lower court concluded that Ms Robson would have replied to the content of the 14 August 2007 letter had it not reflected the parties’ agreement, and that her solicitors would never have signed the subsequent joint letter to the court asking for the trial to be vacated if her case that: -

a) she had always made clear to Mr Ely that the parties’ shares were equal; but
b) negotiations had got nowhere,
were true. Any outstanding matters were purely a question of ‘mechanics’: the agreement was unambiguous, both parties intended it to be taken seriously and intended Mr Ely to act upon it. Mr Ely acted on the agreement to his detriment in not pursuing the claim and a proprietary estoppel had arisen (§ 24).

Court of Appeal: the problem with the proprietary estoppel analysis

The Court of Appeal was dubious of the reference by the judge to proprietary estoppel because Mr Ely had always disputed that Ms Robson had a share in the property. Nonetheless, Mr Ely’s counsel submitted that the judge’s conclusions would also have supported the imposition of a constructive trust, and the Court of Appeal was prepared to treat the matter as if prior to the oral agreement Mr Ely had held the property on trust for both parties (§ 30).

Alongside her s 2 (1) arguments, Ms Robson prayed in aid on her appeal the decision of the House of Lords in Cobbe v Yeoman’s Row Management Limited [2008] UKHL 55, and of the Court of Appeal in Herbert v Doyle [2010] EWCA Civ 1095. She deployed the judgment in Cobbe in support of her contention that the terms of the agreement were uncertain and incomplete, and that the parties did not expect it to be binding. Furthermore, the court should have analysed the 'whole course of dealing' between the parties, including their subsequent behaviour (as stipulated at § 51 of Jones v Kernott [2011] UKSC 53), and it had not done so.

Dismissing the appeal, the Court of Appeal found that :

Oral agreements and the equitable jurisdiction of the court

This is not the first time that an oral agreement has been saved by the equitable jurisdiction of the court.

In Yaxley v Gotts [2000] Ch 162 the court was satisfied that an oral agreement in which the purchaser of a house promised to grant to a builder, in exchange for materials and services, a proprietary interest was enforceable on the basis of a constructive trust under section 2(5) of the 1989 Act, even if it was unenforceable under section 2(1) of that Act.

But Mr Cobbe – who had entered into an oral agreement with a Mrs Lisle-Mainwaring to redevelop several flats, was less successful in Cobbe v Yeoman’s Row Management Limited, only succeeding in a claim for payment on a quantum meruit basis (a personal as opposed to a proprietary remedy) for the work he had carried out in reliance upon what he thought was the promise of a proprietary interest.

Although Yaxley v Gotts was cited in Cobbe v Yeoman’s Row Management Limited, there was no analysis of it in the judgment, and some unfortunate comments of Lord Scott at para 29 about the savings in s 2 (5) of the 1989 Act have led to uncertainty as to the room for the operation of proprietary estoppel (a detailed discussion of this appears in my Family Law article in December 2016).

The authorities seemingly do not speak with one voice, particularly given the post-Cobbe successes of those reliant upon oral agreements in Qayyum v Hameed [2009] EWCA Civ 352, Herbert v Doyle and Oates v Stimson. Ms Slater encountered fundamental difficulties in Slater v Condappa [2012] EWCA Civ 1506, being hampered by what the Court of Appeal described as the 'very low opinion of [her] honesty' which the judge had formed (para 10).

The second instalment of my article in Family Law (next year) contains a more detailed analysis of the case-law from Yaxley v Gotts to date.

In conclusion, then, it seems that one should heed the warning given by Neuberger LJ (as he then was) at para 40 of Kinane v Mackie-Conteh [2005] EWCA Civ 45, during his consideration of the 1989 Act and constructive trusts:

'… one must, I think, avoid regarding [s 2 (5) of the 1989 Act] as an automatically available statutory escape route from the rigours of section 2(1) of the 1989 Act, simply because fairness appears to demand it. A provision such as section 2 … was enacted for policy reasons which, no doubt, appeared sensible to the legislature … Accordingly … the Court should not allow its desire to avoid what might appear a rather harsh result in a particular case to undermine the statutory policy.'