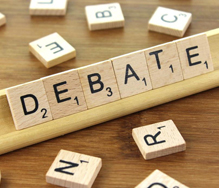 In this article, David Burrows takes a look at lay presentation in civil proceedings and the recent McKenzie consultation response.

Reforming the courts’ approach to McKenzie Friends, Consultation response of February 2019 from the Judicial Executive Board recites the questions the consultation raised and summarises the replies for and against each question (as a good judge does of the competing adversarial system arguments before the court). Its recommendations are brief:

‘The role of the judiciary is to apply the law concerning the provision of legal assistance, the right to conduct litigation and rights of audience according to the law established by the Legal Services Act 2007, the common law and precedent.’

The response goes on to set out the concern of the Board (JEB) that lay representatives (also called ‘McKenzie Friends’) ‘in effect provide professional services for reward’ when such representatives are:

‘The statutory scheme was fashioned to protect the consumers of legal services and the integrity of the legal system’. And so, the JEB says, ‘all courts should apply the current law applicable to McKenzie Friends as established by Court of Appeal authority’.

That is the nub of the problem: but it is one for the executive and the legislature properly to confront, not for the judiciary to try to muddle about with; for, as Lord Bingham so firmly stressed (Rule of Law), as have many others, the essence of law must be clarity, not  more Lord Chancellor fudge.

In this field – legal representation – clarity is fundamental. Otherwise some of the more vulnerable in society will suffer. Clarity means (1) proper training and qualification (which need be nowhere near that of qualified lawyers) which comes with (3) clarity on professional obligations; and (2) insurance and proper client accounts for any cash received.

Alongside all this must go the possibility of wasted costs orders being made against lay representatives (Senior Courts Act 1981 s 51(6) and (7)), just as they can be against professional advocates. (The only reference to ‘wasted costs’ is at p 21 of the consultation; but there is no JEB reflection on the fact that this – par excellence – is a matter for primary legislation; though non-party costs orders might be used against a lay representative: Senior Courts Act 1981 s 51(3).)

How far can judges go in regulation of lay representatives?

This creates a very real constitutional issue. Yes judges are responsible for the procedure of their courts. I believe this to be substantive: that is it need legislation not judicial tinkering. Do they have the powers to regulate who appears before them? I very much doubt it.

And while they are at it, they should look at the bar’s Direct Access scheme. I do not query the basis of the scheme; but all court advocates (and if it gets to it I would say the same of lay representatives) should have a client account; a proper scheme for time recording and a means of assessment (formerly taxation) by clients of their bills.

The response concludes – and it does so with no suggestion of irony, and little complaint – with:

‘It was suggested that, in the present environment where legal aid had been withdrawn, the Judiciary should consider;… the development, with the Bar Council, of a modern version of the pre-Legal Aid and Assistance Act 1949 in forma pauperis procedure. The in forma pauperis procedure was one under which the impecunious could be provided with pro bono legal representation in proceedings in the High Court and Court of Appeal.’

An in forma pauperis procedure was first developed by Cardinal Wolsey when he was Henry VIII’s Lord Chancellor in the early 16th Century. Have we really regressed that far?

If I were asked I would say advocates, as they do already – bar and solicitors – should compete; but on a properly regulated level playing field (which goes for Direct Access barristers as well) and with proper legal aid provision; but the government must stop hiding for, or ignoring, the problem which it has deliberately – or negligently – created.