Opinion: How pre-mediation coaching can transform readiness to make agreements 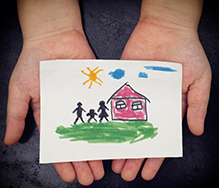 As figures continue to show declining numbers of separating couples attending family mediation, policy makers will be considering the reasons. If, as they say, Ministers are truly serious about making mediation the preferred route for post-divorce settlements, then the obstructions to successful mediation need to be reflected and acted upon.

Before I go on, let me be clear this isn’t another call to pour more money into existing structures. Rather, it’s a plea for some out-of-the-box thinking to change mediation process structures.

Okay, we know cost-to-client is a barrier, oddly, given that mediated settlements tend to cost about a fifth of those derived from a litigious courtroom process. My own organisation would like the government to fund the initial MIAM assessment meeting for both parties in the process, making it free at the point of delivery. And incidentally, I’ve lost count of the number of times I’ve lobbied for stronger enforcement of existing court powers to push people from a court process into a mediation one – another reason mediation take-up is lower than it should be.

But having got those out of the way, let me turn to an area that’s received far less attention than others when considering factors preventing take-up. That’s the participants’ attitudes, rather than their financial means.

We know from The 2014 Mapping Family Justice Pathways study that readiness to mediate is a major barrier to parents being able to make agreements.

Couples rarely separate on good terms. As bitterness continues to simmer, the prospect of discussing matters of finance and parental arrangements sitting in a room with the ex (or even in a separate room in ‘shuttle mediation’) is hardly a warm prospect. The hackles rise. That’s natural.

But mediators’ experience shows it’s not just the discomfort of sharing the space that prevents progress. It’s about the conversation that follows, which can be seriously lacking in quality and outcome-focus. Parental conflict imposes huge obstacles upon constructive communication.

As a mediator it’s very rare to be in a room with clients where one or both people are genuinely able to listen to and consider the other’s viewpoint. And perhaps a rarer find still is where both parties have the ability to express themselves in a constructive way.

So when people come through the mediator’s door, there’s usually a heck of a lot of work to be done before a successful conversation can take place.

That’s why, in a conflict reduction pilot programme National Family Mediation ran with the Department for Work and Pensions, we introduced a pre-mediation ‘coaching’ meeting with a mediator for each parent, separately.

It helped parents come to a greater understanding of their conflicts, and gave an opportunity to share their anxieties about the future. It helped them prepare how to present their point of view to the other parent, think about how this will be received, and consider if there’s a better way of putting it.

It explored how their communication habits might cause conflict, considered what they could do instead, and provided strategies for future communication styles. This served as a terrific preparation for mediation, and helped inform the mediation agenda itself because the mediator got to know lots about each parent’s perspective before the process proper had begun.

Readiness to mediate was transformed. The evidence showed people became more accepting and tolerant of each other once they understood their own contribution to the conflict. This meant they were able to go on and reach agreement that had previously been elusive and unachievable. The programme not only diverted people from court proceedings, but helped families who had already been in the court system for several years to reach agreement after a relatively short intervention.

Seven out of ten couples went on to try full mediation, of which 80% reached full agreement. And the programme evaluation, based purely on client responses when asked about the programme’s impact, showed a staggering 183% increase in ‘how well you communicate as parents’.

Meanwhile two thirds said the level or quality of contact with the children improved as result. It enabled them to develop effective communication so they could make the transition from partner to separated parent and re-focus their energy on their children's health and wellbeing.

I believe this model of pre-mediation coaching can prevent families degenerating into damaging prolonged conflict, and I want to see Ministers think outside the box. Put simply, this type of coaching prepares separating couples to enter full mediation with a transformed mindset.

That’s why I believe that with some relatively minor changes to the existing mediation process, people would be better prepared to negotiate in mediation and reach agreed outcomes. As ever, NFM remains ready to discuss these approaches with interested professionals and policy-makers … and Ministers.