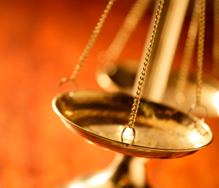 The decision prevented her husband from pursuing his appeal against the Order of District Judge Hudd of April 2017, unless he complied with a Legal Services Payment Order made in her favour.

The judgment of Lord Justice Peter Jackson on the Hadkinson issue is unimpeachable. There were flagrant breaches of orders by the husband; deliberate and continuing contempt of court which entirely impeded the wife's ability to respond to his appeal.

Whilst that may be so, the wider ramifications for international practitioners is that we now miss out on having the substantive issue at the heart of the Husband's appeal finally resolved. The appeal related, in short-hand, to the Marinos/Munro issue; i.e. what is the correct interpretation of Indent 5 of Article 3(1) of the Brussels II Regulation.

The issue is of key importance for international jurisdiction disputes where Indent 5 is relied upon as the source of divorce jurisdiction for the English Court. That indent (and the analogous Indent 6) are commonly relied upon by the petitioner in an internationally based family who seeks to root their divorce in England.

The interpretation has been a matter of debate for more than 10 years and the Husband's appeal would have forced an appellate court, or even possible the CJEU, to finally adjudicate.


Lord Justice Peter Jackson sets out the substantive background in his judgment (De Gaffoj (Appeal: Hadkinson Order) [2018] EWCA Civ 270). The couple married in France in 2002. The wife issued a divorce petition in England in April 2016. The Husband then issued proceedings in France. He disputed the English proceedings on the basis that the English Court lacked jurisdiction, as to which more below.

The dispute came before District Judge Hudd in April 2017 who rejected the Husband's case. DJ Hudd gave the Husband permission to Appeal and, on Appeal to the High Court, Mr Justice Baker transferred the matter to the Court of Appeal in light of the conflicting dicta on the substantive issue at High Court level (as we frustratingly know).

In the meantime, the Wife also obtained orders for Husband to pay maintenance pending suit and her legal fees pursuant to a Legal Services Payment Order (LSPO). The Husband made no payments under the LSPO.

The Wife applied to the Court of Appeal seeking a dismissal of the Husband's appeal unless he paid outstanding MPS, cost orders and payments due under the LSPO. By then the Husband had disengaged with the proceedings and his solicitors had successfully applied to come off the record as acting.

The Husband's appeal was due to be heard on 24/25 October 2018 and it is understood from the Court of Appeal case-tracker that the hearing was vacated, presumably as the Husband did not purge his contempt by the deadline.


The substantive issues on appeal was the interpretation of Indent 5 of Article 3(1) of Regulation (EU) No. 2201/2003 (the Brussels II Regulation). Article 3(1) provides the standard jurisdictional basis, connectedness, for applying for a divorce within any of the EU member states.

Indent 5 provides that an applicant can apply for divorce in a member state if:

The applicant is habitually resident if he or she resided there for at least a year immediately before the application was made.

The Husband appealed on the basis that Indent 5 requires the Wife to have been habitually resident for the one-year period prior to the presentation of the divorce petition. The first instance Judge granted permission to the Husband to appeal.

Following Marinos and Munro Mr Justice Peter Jackson (as he then was) favoured the Marinos approach in V v V [2011] EWHC 1190 (Fam). But this was again at High Court level and so was not definitive.

The Court of Appeal tangled with the issue in Tan v Choy [2014] EWCA Civ 251 but only obiter in circumstances where the Husband was found to have been habitually resident for the required 12 months preceding issue meaning that the debate was not engaged. The Court of Appeal not only posited both the Marinos and Munro approaches, but also speculated that residence for the preceding 12 months could be probative of habitual residence on the day of issue a third interpretation!

Fellow iFLG Partner David Hodson has written extensively on the issue (here) including regarding the approaches taken across the rest of the EU not only in terms of differing practices but as elemental as differing linguistic interpretations of the original indent 5 (which was first drafted in English and has been translated somewhat erratically).


In light of the conflicting High Court dicta Baker J elevated the Husband appeal from DJ Hudd to the Court of Appeal. This was a prime case. At first instance the Wife was found to be habitually resident on the day of issues but crucially not habitually resident for the entirety of the preceding 12 months, only merely resident. On the Marinos interpretation the English Court would have jurisdiction. On Munro it would not.

Unfortunately, the Husband's dereliction of his LSPO obligations mean that we will not get an answer for the time being. The Court of Appeal was scheduled to hear the appeal last week and so we could by now have a resolution to an issue which has been entirely unclear for more than 10 years.

The Husband had requested a referral to the CJEU (as the Wife had in Tan v Choy) for much-needed guidance. This too will have to wait for another day.  And we may of course not ever know the answer in England; depending on how and in what form Brussels II survives Brexit.

For now, this is a missed opportunity for much-needed clarification amongst international practitioners and families as to what level of residence (habitual or mere) is required for the 12 months prior to the issue of a petition under Indent 5.