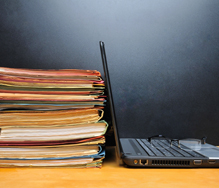 Over last week-end (15/16 February 2015) the Civil Justice Council published its report on online dispute resolution (ODR): Online Dispute Resolution for low value civil claims (February 2015) by the Online Dispute Resolution Advisory Group. The terms of reference of the authors of the report included to review the ‘potential and limitations [for] the use of Online Dispute Resolution for resolving civil disputes’ of less than £25,000; and to look at how ODR could develop and how it might overlap with ‘virtual courts’. Possible parallel developments with family proceedings were outside the terms of reference of the report; though the potential for civil justice identified by the report could be translated easily to many family breakdown disputes (financial remedy proceedings are an obvious example as explained later). (The authors use the term ‘dispute resolution’ (eg online ‘dispute resolution’: ‘DR’) to mean litigation as a whole, not – as do many family lawyers – to mean mediation and other non-court dispute resolution.)

The primary aims of the report are contradictory, it might be thought: to broaden access to justice, but still to seek to resolve small scale (up to £25,000) disputes more quickly and cheaply. The report shows how this apparent paradox – broadening access to justice – can be resolved.

No state investment in dispute avoidance

As the report explains, English courts have almost no state investment in ‘dispute avoidance’, and not much in containment or prevention of litigation (ie mediation and other forms of alternative dispute resolution). Thus all the investment in ‘justice’ by the Ministry of Justice is in the end product. We provide litigants with a system which deals only with the dispute itself (para 5.3); and in a procedural framework (certainly conducted by lawyers who wear much the same dress) which most of Dickens’s characters would recognise (I owe this image in part to Stephen Anderson a mediator: see https://dbfamilylaw.wordpress.com/2015/02/16/online-dispute-resolution-can-it-work-for-family/comment-page-1/#comment-457 ).

This puts the needs of the person who wants his/her problem solved, the wrong way around, says the report. Much better, it recommends, would be to extend the work of the justice system to the pre-issue stages (examples of similar models in other jurisdictions are considered (Chapter 4)). ODR would operate in three tiers:

An authoritative and practical guide...
£85.99
View product
The contrasts between the present system and the ODR model are illustrated by the report’s triangle diagram (Chapter 5). In each triangle the litigation, court-based element, is at the base. In either model this is where the case is argued out if agreement (and a consent order, if required) is not achieved pre-issue. For the current court system the triangle rests on its base: that is, the widest point which represents the highest expenditure. The narrowing apex of the triangle is the small state expenditure which is devoted to mediation and dispute avoidance, and nil to independent evaluative exercises.

With ODR the triangle rests on its tip. The bulk of the dispute resolution work is in avoidance and evaluation at the wide upper part of the triangle. The triangle tapers from the top – in expenditure terms – to the narrow more cost-effective court proceedings tip. The bulk of expenditure is with diagnosis and mediation; and litigation – the invasive surgery (say) – is only undertaken if mediation and evaluative help have failed.

The report starts from thirteen essential bases for ‘a court based DR service for low value claims’, such as that it should be affordable, accessible, intelligible, consistent, trustworthy, fair and final (seven of the epithets in para 3.2). These are the yard-stick by which a scheme such as that proposed by the report should be judged, say the authors. Of these factors, perhaps ‘intelligible, ‘consistent’ and fairness are surely the hallmark of any scheme which seeks to deliver justice.

ODR and the family courts

So where does this leave a family breakdown law procedural system. To a degree family courts have eased themselves out of civil justice and common law mainstreams. Those who need the help of the family courts will suffer. For example it is easy to see how a scheme like this could appreciably save costs in financial remedy proceedings, where – in the majority of cases – assets and other facts can be agreed (or could be agreed if the omnibus family finance Form E could be avoided and mediators left to sort out between most couples what they both own etc: as at Tier One/Two in ODR). Yet for now, we have the Final Report of the Financial Remedy Working Group, 15 December 2014 which makes no reference to ODR, or to mediation; and, for example, requires that the original ‘only one’ Form E (para 6(iv)) should stay. Scope for agreement between the parties and, for example, their definition of issues and what needs to be disclosed is closed off.

Family lawyers have lead the dispute resolution (ie mediation) field; though they are in danger of being eclipsed by their civilian colleagues. If family lawyers do not embrace ideas in this report and if they do not start to emerge from their Dickensian court box (as the authors of this report have done) then family mediation will suffocate as ODR, its adherents and practitioners, take over important parts of the family law field – at least as to Tiers One and Two of a family law HM Courts and Tribunal Service run ODR scheme.
The views expressed by contributing authors are not necessarily those of Family Law or Jordan Publishing and should not be considered as legal advice.
Categories:
Articles

Online courts could increase access to justice and reduce court costs by 2017, according to report
16 FEB 2015

Online courts could increase access to justice and reduce court costs by 2017, according to report
16 FEB 2015