Ofsted, the Care Quality Commission, HM Inspectorate of Constabulary, and HM Inspectorate of Probation have published a report examining the multi-agency response to children living with domestic abuse, along with inspections of local area services 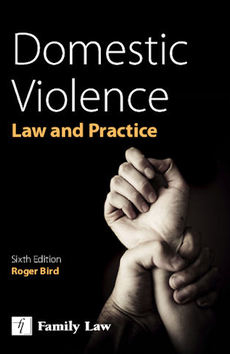 The extensive text is supplemented by appendices containing key forms, precedents and legislation.

The findings in the report consider the extent to which, in the six local authorities inspected (see below), children’s social care, health professionals, the police and probation officers were effective in safeguarding children who live with domestic abuse. The report calls for a national public service initiative to raise awareness of domestic abuse and violence. It also calls for a greater focus on perpetrators and better strategies for the prevention of domestic abuse.

This report is about the second joint targeted area inspection programme, which began in September 2016 and which examined ‘the multi-agency response to children living with domestic abuse’. Joint targeted area inspections include a ‘deep dive’ investigation – an evaluation of children and young people’s experiences. This changes periodically to investigate different themes in detail. The theme for September 2016 to March 2017 was the response to children living with domestic abuse.

"A very good tool for the busy family...
£519.99
View product
The report found that:
The six local authorities inspected are listed below, along with links to the individual reports:

These documents should be read alongside the framework and guidance for the joint inspection of arrangements and services for children in need of help and protection.