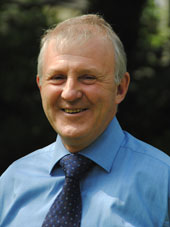 Readers will be saddened by the death, at the age of 90, of Professor Peter Bromley. 'Bromley' became synonymous with 'Family Law' ever since the publication of his groundbreaking book of the same name in 1957 which established the subject as a recognised legal discipline. As he pointed out in the Preface to the First Edition, there had, until then, been a paucity of textbooks dealing with problems of the family as a whole. He continued:

'I have written this book having in mind the present needs of my own students at Manchester, where I have for some years been delivering a course of lectures on this subject to third year undergraduates in Faculty of Law of the University. Perhaps in attempting to satisfy that need I may encourage other Universities and professional bodies to examine upon family law as a whole and future members of the legal profession to extend their study of the subject. I also hope that practitioners will find the book of value to them.'

He certainly succeeded in encouraging Universities to teach family law! Indeed, it is barely credible that a Law School would not now offer the subject. It has also, of course, become a key practice area with its own specialist Division of the High Court, specialist Bar and Solicitors' Association. In this respect mention also needs to be made of Butterworths Family Law Service which Peter conceived and developed, having identified the needs of High Street solicitors for an authoritative, accessible and up-to-date text. He wrote with lucidity and precision, equally as careful over matters of grammar and syntax as details of the law. Both his works have proved enduring legacies.

Peter epitomised the post-war generation of legal academics who produced authoritative textbooks, led University Law Faculties through their period of expansion from the 1960s onwards and had a profound influence on the development of both law and legal education. Having interrupted his undergraduate studies at Queens College, Oxford, to serve in the Royal Artillery between 1942 and 1945, during which he saw active service in Italy, he eventually took his MA in 1948. He became Assistant Lecturer in Law at the University of Manchester in 1947 and spent the rest of his career there, becoming a Professor of Law in 1965. He once confided that had someone told him that he would spend 39 years at Manchester he would have been 'astonished'. Peter had a reputation of really caring for his students and he was immensely proud of the impressive array of his graduates. While seeking to maintain the highest standards, his style was to do so by encouragement and always with a twinkle in his eye.

During his time at Manchester he served three terms as Dean of Law and was a Pro-Vice Chancellor from 1977 to 1981. He also sat on important national committees such as the Advisory Committee on Legal Education (1972-1975) and the University Grants Committee (1978-1985). He was thus not only a leading academic but also an influential figure both at Manchester and in the wider university world.

Peter Bromley was a true gentleman and a meticulous scholar. With his death legal academia has lost one of its most distinguished figures.