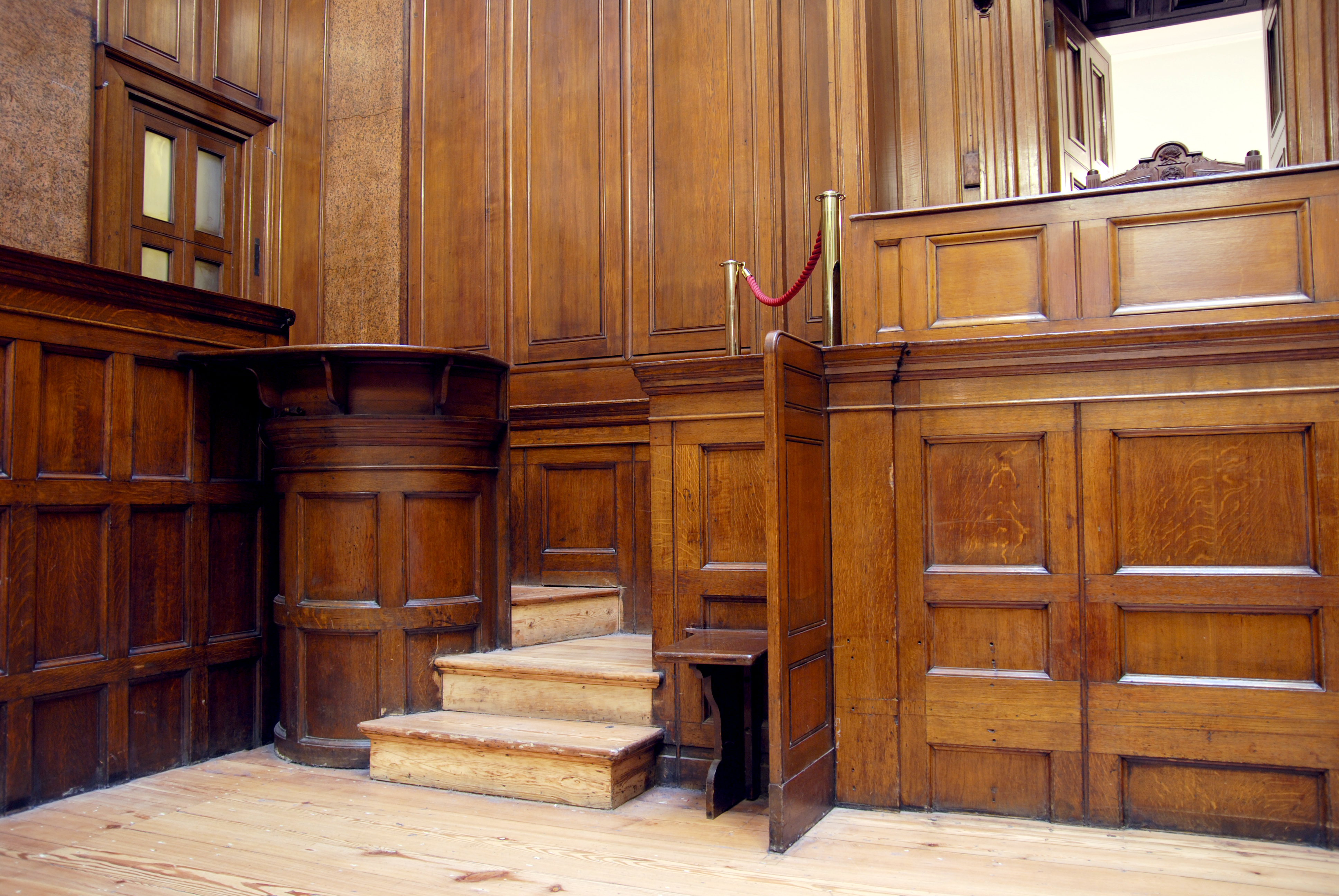 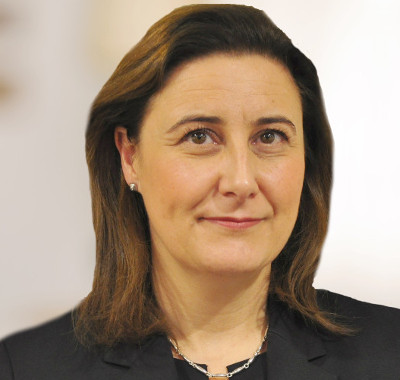 The issue in this case concerned AB’s capacity to make specific decisions about treatment relating to her anorexia nervosa. She was 28 years old and had suffered with anorexia since the age of 13 when she was first diagnosed. All treatment, including nasogastric tube feeding (which was the only life-prolonging treatment left available to her) had failed, her weight was now incompatible with life (with a body mass index of 9.7 and weighing 4 stone) and she wished to stop treatment.

Significantly and usually, it was agreed and accepted at the outset that AB had the capacity to conduct litigation for the purposes of these proceedings. She had conducted her own litigation and the Official Solicitor had no role.

The court heard how the only treatment left for AB was coercive nasogastric tube feeding which would cause her enormous trauma, put her at significant physical risk and even be fatal. If physical restraints were to be avoided, she would require heavy sedation for the insertion of the tube. For this feeding treatment to have any prospect of success, she would need to be hospitalised as an in-patient for six months and because she would most likely pull out the nasogastric tubes, this procedure might need to be undertaken twice a day – a scenario described by AB’s counsel as “horrific … which AB herself cannot contemplate”.

The Judge was obliged to consider the best interests of AB. At the outset, the court agreed with the Trust, the family and AB that further tube feeding, with or without restraint would not be in AB’s best interests.

The single issue, therefore, for the court was to determine whether or not AB had the capacity to make decisions in relation to her own treatment. This flowed from the fundamental legal principle that a person who has capacity is entitled to decide for themselves whether or not to accept or decline medical treatment, even in respect of life-saving treatment.

The Trust applied to the court for declaratory relief, pursuant to ss.4 and 15 of the Mental Capacity Act 2005 in the following terms:

(i)             It was in AB’s best interests not to receive any further active treatment for anorexia nervosa; and that

AB asserted she had capacity to make decisions regarding treatment, despite her anorexia. She understood and accepted that she could die at any point as a result of cardiac arrest, if not eventually of starvation.  However, whilst she did not want to die and enjoyed some pleasure, such as being with her family and pets, her wish to stop treatment was clear.

She filed a written statement in which she differentiated her illness from herself, stating that her decision to refuse treatment was “a decision made by me as opposed to my illness”. She described how

“During each admission, the focus has been on me putting on weight, and I have. But I have been admitted, gained weight, been discharged, and lost weight. Circular or cyclical, there has never been an endpoint. What is different now is that I have identified for myself a path. I know what the end of the path is likely to be, but it is a path nonetheless, and a path of my choosing. My illness is part of me, but not all of me; it does not define me … I understand that my weight is dangerously low, and that the consequence of not eating enough to gain weight is death … but the decision to not to undergo further inpatient treatment is mine. The illness is a part of me, yes. It is a voice, yes. It is a bullying and powerful voice, yes. But the voice making this particular decision is mine. It is a voice made hoarse by screaming, and tearful by the prospect of being forcibly treated against my will – knowing all the while both that such treatment may cause my death in any event, and that, even were it not to, that likelihood of it ‘working’ is minute.”

The law in relation to capacity as set out in the Mental Capacity Act 2005, begins with a statutory presumption that a person has capacity unless and until it is established on the balance of probabilities that that individual lacks capacity. The burden of establishing a lack of capacity lies on the person or party asserting a lack of capacity (here, the applicant Trust). Further, the determination of capacity is always ‘decision specific’. Significantly, in the context of this case, the Judge could not treat AB as being incapacitous in relation to her treatment, merely on the basis that her decision was unwise. In this respect, Roberts J relied upon the judgment of Peter Jackson J (as he then was) in Heart of England NHS Foundation Trust v JB [2014] EWCH 342 (COP):

“The temptation to base a judgement of a person’s capacity upon whether they seem to have made a good or bad decision, and in particular on whether they have accepted or rejected medical advice, is absolutely to be avoided. That would be to put the cart before the horse, or expressed another way, to allow the tail of welfare to wag the dog of capacity.”

The applicant Trust relied upon the “functional test” set out at s.3 (1) (c) MCA 2005 to establish AB’s incapacity: that she was unable to make a decision for herself as she was unable to use or weigh that information as part of the process or making a decision. The Trust argued that AB could not make decisions for herself about her medical treatment because the nature and severity of her anorexia was such that it had disturbed, or impaired, the proper functioning of her brain, leaving her unable to conduct the sort of weighing and balancing exercise as required by statute. In particular, her obsessive and overriding fixation on reducing her calorific intake to the barest minimum, was such that any decisions she made about food, calories or weight gain could not be considered capacitous. In an assessment in 2019, AB had told her psychiatrist that anorexia kept her “safe”, gave her a sense of achievement, numbed her emotions and that she feared she would not be able to cope with life without it.”

The Judge found in favour of the Trust, finding that AB’s judgment in relation to calorific intake was critically impaired by her intense and irrational fear of weight gain.  The Judge added “In my judgment, the fact that she does not want to die and sees many reasons for living are, in themselves, the clearest manifestation of the extent to which her judgment is impaired in relation to this narrow field of decision making.” Accordingly, the Trust had successfully established, on the balance of probabilities, that the statutory presumption of capacity was displaced.  The court declared AB incapable of making a decision in relation to her treatment.

AB died on 23 August 2020, just eight days after this judgment was delivered and before her application for permission to appeal the capacity decision was listed.

Whilst the facts of this case are not novel, what made this case unique was that the applicant Trust accepted (and the court did not disagree) that exceptionally, AB, retained the capacity to litigate the proceedings as “she had sound and straightforward reasons” for not wishing to be tube fed with or without restraints. This is a rare occurrence, as Munby J said in Sheffield City Council v E & Anor [2004] EWHC 2808 (Fam) it is “only in unusual circumstances will it be possible to conclude that someone who lacks subject-matter capacity can nonetheless have litigation capacity”.

These cases such as these are always challenging for all concerned; however, where it is clear that the professionals, the individual patient and the court are aligned in what treatment or otherwise is in the patient’s best interests, Trusts should perhaps reflect carefully on the benefit of bringing proceedings at all.