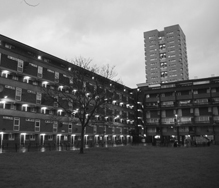 The mother, HB, had two children aged 6 and 3. Their father had been in Syria for 3 years and may now be dead. The local authority sought findings based on the facts, mostly admitted by the mother, that:

‘[10] … on one occasion [the mother] took the children to a town in Turkey close to the Syrian border, that on two occasions she has been stopped leaving the country with large sums of money, that she has sought to provide funds to persons associated with the so called Islamic State, that she holds, and sympathises with extremist views and that, within that context, she has placed, and is at risk of placing her children at risk of significant harm. The mother contends that there are entirely innocent explanations in respect of her conduct and that the local authority’s case comprises nothing more than an assertion of guilt by association with family members with established links to extremism and terrorism.’

The local authority obtained without notice orders in respect of the children that they have permission to proceed under the inherent jurisdiction in respect of the children (CA 1989 s 100), to keep the children within the jurisdiction of the English courts and to retain their passports. They took the view that London Borough of Tower Hamlets v M and Others [2015] EWHC 869 (Fam), [2015] 2 FLR 1431, Hayden J and Re Y (Risk of  Young Person Travelling to Join IS) [2015] EWHC 2099 (Fam), [2016] 2 FLR 229, Hayden J required them to proceed in this way.

Had they applied under CA 1989, s 32 HB and children would have been entitled to legal aid regardless of merit or means. In wardship HB must apply for routine civil legal services legal aid. The LAA accepted the merit of her application, but on means – where LAA had no discretion to override – HB was not entitled to a certificate. She applied to MacDonald J for an order which would require the local authority to fund the proceedings.

Procedurally MacDonald J simplified matters by saying (at paras [114]-[123]) that he did not consider that the two Hayden J cases above (Tower Hamlets and Y)  bound the local authority to issue in wardship in cases such as this. He therefore accepted that the local authority would issue under CA 1989 Pt 4 – conventional care proceedings – and gave case management directions accordingly.

He could have left matters there; but he allowed HB and her lawyers (acting pro bono) to press him to exercise an inherent jurisdiction to require the local authority to pay costs. This was the issue before him. He disposed of it in para [1]. He said that, in his inherent jurisdiction, he could not order the local authority to fund HB. He spent most of the rest of his judgment explaining why.

Funding of litigation, and costs

What is clear from the outset is that the court was dealing with ‘costs funding’ – that is to say the funding of litigation (legal fees, payment for legal services etc). The case had nothing to do with costs awarded by the courts (Senior Courts Act 1981, s 51).

The lawyers acting for HB accepted the legality of the legal aid scheme which had refused HB’s application, as they were bound to do (K and H (Private Law: Public Funding) [2015] EWCA Civ 543, [2016] 1 FLR 754). She had not – could not – challenge the refusal. Further they conceded that there was no statutory basis on which they could seek funding: it could only be done if they could persuade the judge that he had an inherent jurisdiction so to order.

Funding under statutory schemes can be divided into public funding (legal aid) and private funding (to which the judge was also referred). Thus, a spouse can claim a legal services order against the respondent spouse for assistance with costs of ancillary relief proceedings (MCA 1973, s 22ZA); and similar provisions can be taken to apply to proceedings under CA 1989 Sch 1 (CF v KM (Financial  Provision for Child: Costs of Legal Proceedings) [2010] EWHC 1754 (Fam), [2011] 1 FLR 208, Charles J). The court’s powers to award funding against another party have statutory underpinning throughout. MacDonald summarised this as follows:

‘[78] In a limited number of contexts, the courts have interpreted existing statutory powers to make orders for financial provision in family proceedings between private individuals as providing the court with power to make costs funding orders.’

Award of legal aid depends on three factors: that the proceedings in question attract a certificate; that a party’s claim (or defence) has merit; and that their means (according to regulations) entitle them to legal aid. In care proceedings the second and third of these are ignored (‘non-mean, non-merits’ legal aid: LASPO 2012, s 11, Civil Legal Aid (Merits Criteria) Regulations 2013 reg 65). HB did not qualify – as matters stood at the time of the hearing before MacDonald J – under reg 65. She was just outside scope on means. Legal aid could not, in wardship proceedings, be granted to her.

Funding is one thing. Costs and costs orders are quite separate. By definition, however, costs orders can only be made at a suitable interim stage in proceedings, for litigation already undertaken; or at the end of proceedings. (Security for costs is separate again, but is very rare indeed in family proceedings: FPR 2010, r 20.6.)

The first two of these must be considered here.

In support of public policy principles for setting limits on the inherent jurisdiction of the High Court MacDonald J (at para [111]) cited Waite LJ in R v Central Independent Television Plc [1994] Fam 192 at 207-208 [1994] 2 FLR 151 at 166, CA where he commented (in relation to the court’s ability – refused in that case – to use wardship to restrict publicity):

‘The prerogative jurisdiction has shown a striking versatility, throughout its long history, in adapting its powers to the protective needs of children in all kinds of different situations. Although the jurisdiction is theoretically boundless, the courts have nevertheless found it necessary to set self-imposed limits upon its exercise for the sake of clarity and consistency, and of avoiding conflict between child welfare and other public advantages.’

But in questions of finance: how ‘theoretically boundless’ is the inherent jurisdiction?

(2) Power to order a local authority to provide funding

Since medieval times it has been clear that only the Commons in Parliament can authorise taxation (raising of money from private individuals); and this limitation – so far as it may have ever been in doubt, even under Stuart kings – was confirmed in 1688.

The judge recorded that HB’s lawyers were asking the court to exercise ‘a general power, entirely outside any statutory code, to order a public authority to incur expenditure’ (para [100]). This is a basic constitutional principle, with the rate-payers standing in the place of the tax-payer. It is one thing to use statutory provisions to require a spouse or parent to fund the other parent/spouse’s litigation in private proceedings; but to require a local authority’s rate-payers to fund litigation is a different order of requirement on a judge. So, said the judge, he was being asked, impermissibly, to contradict ‘the principle that authority for public expenditure requires clear statutory authority’ (para [102]).

Next, as the judge held, what he was being asked to do was to go beyond what was already provided for in a statutory code:

‘[102] … I am satisfied that to make the order sought by the mother would contradict the principle that a general power cannot be used to circumvent a clear statutory code.  In circumstances where the Legal Aid Agency has taken a lawful decision by reference to a lawful and comprehensive statutory scheme to refuse the mother’s application for legal aid, an order under the inherent jurisdiction of the court for public funding from an alternate public authority for the same purpose would plainly constitute an attempt to side-step a clear statutory code using a general power.’

This took the judge to the financial relief case of Wicks v Wicks [1998] 1 FLR 470, [1998] 3 WLR 277 where the Court of Appeal (Ward LJ) explained the importance of the courts recognising their limits in an area already widely provided for by statute. In that case the court was being asked to make an interim capital provision order, where it was clear that the wide statutory powers did not extend to such a power. (Waite J (mentioned above) before ascending to the Court of Appeal had said there was such power in an equity jurisdiction – Barry v Barry [1992] 2 FLR 233 – but Ward LJ disagreed, and Waite J’s inherent jurisdiction idea was stopped in its tracks.)

HB adds to the litany of attempts to fund proceedings where a statutory scheme already provides for as far as the courts can go. Re K & H (Children) (above) explored the principles as far as it could, but still held that non-statutory attempts to require the tax-payer to pay will fail. Only Parliament can plug funding gaps, as is now proposed for domestic violence complainants, with Prison and Courts Bill clause 47 (see http://www.familylaw.co.uk/news_and_comment/prisons-and-courts-bill-cross-examination-of-complainant-witnesses); but not yet for special measures for other vulnerable witnesses in family proceedings.
The views expressed by contributing authors are not necessarily those of Family Law or Jordan Publishing.
Categories:
Articles