No fault divorce: serving the interests of respondents 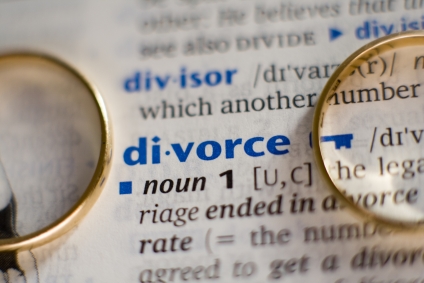 The government’s commitment to no-fault divorce is excellent news to remove the unnecessary bitterness and inappropriate blame from the divorce process. Parliament decided in 1996 that no-fault divorce was appropriate and 23 years later we are still waiting. Whilst very welcome, the draft legislation itself is very poor. It is cumbersome in its language. It is hard to understand the process. Crucially it has several major shortcomings which will have a prejudicial impact on respondents and those making financial claims. In particular, its failure to provide that the period of notice runs from the date of service is fundamentally flawed, probably human rights non-compliant and cannot be allowed to pass through Parliament. It is a charter for the unscrupulous petitioner who wants to avoid the respondent having the full 26 weeks. Amendments are needed before it becomes law.

The Divorce, Dissolution and Separation Bill 2019 is excellent news and thoroughly justified consequence of the campaigning by many lawyers over many years. The profession has persistently wanted no-fault divorce after the Family Law Act 1996, which should have introduced it, was subsequently repealed. The proposed law provides for a notice to be given, solely or jointly, and at the end of 26 weeks a final decree of divorce. No opportunity to object. A very administrative process. Completely abolishing fault basis or periods of separation. It retains the six-week period between decrees which seems curious as it is now wholly historic and serves no purpose. But in so doing it breaks up the process into 20 weeks from the start of the proceedings and then six weeks between decrees.

However, within the Bill itself are a number of significant shortcomings and matters of much concern for the family law profession, anxious about the interests of their clients and to obtain a fair process. A number have been raised by the Law Society in their parliamentary briefing paper found at the House of Commons library, here.

When does the 26-week period begin?

Chief amongst the concerns is when the 26-week period starts. It would be presumed that it would once the recipient, the respondent, was aware of the divorce notice being given. Amazingly, and with the full support of resolution, the Ministry of Justice proposes that the 26-week period runs from the start of the proceedings, when the notice is given to the court office by the petitioner, irrespective of when it is received or known by the respondent. Accordingly, the respondent will have less than 26 weeks, quite possibly much less than 26 weeks. It means a 26-week period is meaningless for the respondent. It’s actually meaningless for the entire no-fault divorce process insofar as it has to be a process for both spouses.

Several delays can occur from the start of proceedings, meaning that the respondent is aware of the divorce much later:

Parliament is creating yet another work of fiction in the bibliotheque of divorce. The intention of Parliament of divorce by notice over 26 weeks actually applies only to the applicant for the divorce. The recipient respondent will have less, perhaps much less and possibly even only a few weeks and yet have no opportunity to object. Any idea that there would be reflection and consideration over this period is completely absent in practice.

It’s quite probably non-Human Rights compliant. It is discriminatory, arbitrary and unfair. A process in law which means some parties to proceedings will have a dramatically different notice period than other respondents.
English family law is already wrestling with this issue and condemning the lack of prompt service after the issue of proceedings.  In Thum (2018) EWCA 624, Lord Justice Moylan in the Court of Appeal and Mr Justice Mostyn in the High Court both condemned the failure of the petitioner to serve a petition in reasonable time yet found there was no provision in the present rules to require it. In a Brussels II forum dispute in which being fastest and first to lodge proceedings secures jurisdiction, the wife issued in England on 26 October 2015, the husband issued in Germany on 20 January 2016 but the wife did not serve the papers until 27th of February 2016 i.e. four months later. The German husband was unsuccessful in showing that he should be treated as first in time by her failure. The English court found there had been no technical failure by the wife yet criticised the lack of any duty in law to serve in reasonable time.

Under the no-fault divorce provisions, this German husband would only have had notification four months into the six-month period, of which six weeks of the remaining eight weeks were the period between decrees. It’s easy to see how other countries will condemn this unfair law.

The Ministry of Justice were not completely sure, in their consultation paper, whether it should be the start of proceedings or the start of service. They record it would be unjust to start the clock if the respondent had not been served swiftly or genuinely could not be found for several months. They refer to other jurisdictions which start from the time of acknowledgement of the application. However they say showing deemed or effective service can be lengthy processes and make it complex. True but most practitioners know issues of service rarely arise. Instead they thought starting the clock from the date of service could incentivise uncooperative spouses to delay the divorce and give control to the respondent, particularly in cases of domestic abuse. They considered beginning from the date of the notice to the court as the most clear, transparent and easy to navigate option.
They are wrong to do so. They are allowing a few instances of difficulties with service to manipulate the entire new divorce process and be wholly unfair and unjust to the respondent. She or he may not even be aware that the divorce notice is being given, in circumstances where they may be unaware how much the other spouse considers there are difficulties in the marriage. Practitioners frequently come across cases where one spouse is far behind the other emotionally in coming to terms with the relationship breakdown. Time is often needed to come to terms with what has happened. If Parliament is to act with integrity in asserting a 26-week period as proof of irretrievable breakdown, it must be the same period for the respondent as the applicant. Sadly, at several key points in the draft legislation, Parliament has given the far better hand to the petitioner seeking the divorce at the earliest opportunity. The vulnerable respondent loses out. This itself is unfair. The new legislation favours too much the applicant.
So, the draft legislation should be immediately changed, as the Law Society has recommended, to provide that the 26-week notice period runs from receipt by the respondent rather than the start of proceedings. If it’s a joint petition, it runs of course from the date of the notice. But sole respondent petitions should be from receipt. It’s a minor change in the drafting and amendments have already been placed before the House. All lawyers concerned about a fair and just process will want this amendment. All petitioners keen to give their spouse less than 26 weeks will be opposing this amendment.

Other changes that are required

The Law Society has proposed other important changes in its briefing paper above.

This long-awaited no-fault change, at a time when most other westernised countries introduced no-fault 20 or 30 years ago, allows our country to create a modern divorce law for the mid-21st century.  It should allow divorce when the marriage has broken down and a period of time has elapsed. But it should also allow opportunities for reflection and consideration, without the helter-skelter of other ancillary litigation. It should give no artificial benefits of being the applicant, in controlling timetable or financial outcomes. It must be fair between the parties. It must be easily understood and comprehensible by the public in circumstances where most will undertake their own divorces.  Unfortunately at the moment the draft legislation before Parliament fails on these counts.

Family lawyers support no-fault divorce.  There is delight that at last this legislation will be going through Parliament.  But for whatever reason the drafting is very poor and inadequate. Serious amendments are needed.  With suitable changes, there is yet opportunity for this to be a modern 21st century divorce law for modern families who do not want to play the blame game through the law courts but expect fairness for both and opportunity to reflect.

David Hodson OBE MICArb is a co-founder and partner at The International Family Law Group LLP, London. The views expressed in this article are his own and not intended to represent any organisation with which he is involved

Till divorce do us part
Authors: David Burrows
10 MAY 2019
Half believe that "no-fault" option will speed up divorce process
28 MAY 2019

Till divorce do us part
Authors: David Burrows
10 MAY 2019
Half believe that "no-fault" option will speed up divorce process
28 MAY 2019