No fault divorce - family law in need of modernisation? 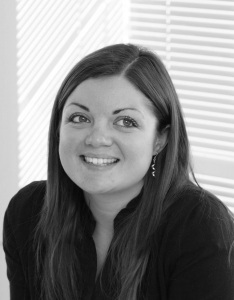 Sarah Green
Associate
Almost half of all marriages today will end in divorce. Financial freedom, access to education, advances in technology and moves towards gender equality are all factors which have changed our attitudes towards the longevity of marriage.

For many, marriage is no longer a commitment for life, and so divorce is becoming more of a commodity in modern society.

However, family law has arguably failed to keep up with advances in society and changes in our approach towards relationships. Current divorce law is set out in legislation dating back to 1973 and attempts to revise this two decades ago failed.

There is, however, a feeling that the winds are now changing, and progress may finally be made to bring about much-required modernisation of divorce law in England and Wales.

The No Fault Divorce Bill, spearheaded by Richard Bacon MP, received its first reading in Parliament on 13 October 2015. The second reading is scheduled for 11 March 2016 (postponed from 22 January 2016).

At present, the sole ground for divorce in England and Wales is the irretrievable breakdown of the marriage. This has to be supported by one of five facts. If a couple wants to separate immediately, provided that they have been married for 12 months or more, they can do so on the basis of one party's adultery or unreasonable behaviour. For civil partners wishing to dissolve their partnership, the legal definition of 'adultery' means that this ground is not available, and so the only means to an immediate dissolution is to cite examples of one party's unreasonable behaviour (there are calls for the definition of 'adultery' to be changed, but that is a topic for another post).

Research carried out by Resolution in June 2015 found that over half of all divorce petitions were fault-based (citing unreasonable behaviour or adultery), presumably filed by people who didn't wish to wait 2 years or more to get divorced, or whose other half didn't consent to the divorce. Of those petitions, 27% said that the fault alleged wasn't true but was the easiest option.

The divorce process itself can in theory take as little as 5-6 months. However, it often takes longer because it can take time to agree the split of the family finances and it is often sensible to do this before applying for decree absolute to finalise the divorce.

The proposed amendment to the Matrimonial Causes Act 1973 and the Civil Partnership Act 2004 would enable couples to send a joint petition to the court, and proceed to decree nisi stage relatively quickly. However, there would be a 12-month 'cooling off' period before decree absolute can be made.

There is widespread support for no-fault divorce within the judiciary, including from the President of the Family Division, Sir James Munby. Family practitioners have also been very vocal in their support for this reform of the law. Resolution's Manifesto for Family Law seeks all fault-based divorce to be abolished and considers a 6-month 'cooling off' period rather than the proposed 12 months.

We need to remove the blame element from divorce. Doing so will help to set a benchmark for how family law disputes should be resolved and should help to reduce the likelihood of couples ending up in court about finance- and children-related issues. Fault-finding has negative connotations and could lead to a potential imbalance in any proceedings running alongside the divorce.

Finding examples of unreasonable behaviour can undoubtedly give rise to further resentment between parties who are already sore from their separation. At present, a workaround for couples separating amicably is sometimes to draft the particulars together, although this can of course risk going over old, well-trodden ground which, for some, may be better laid to rest.

Over the last few years, the emphasis within the courts and amongst family practitioners has increasingly been to use alternative methods to resolve family issues, such as mediation and arbitration and to encourage families to put the needs of children first. It is hard to reconcile this with a fault-based divorce system.

There is no suggestion within the Bill that the existing five facts should be removed, which risks sending the wrong message about separation. No fault divorce would encourage couples to separate sensibly and responsibly without blame, whilst focusing on ensuring that any children are kept at the heart of all decisions that they make during the separation process. Furthermore, there is a risk that a 12-month cooling off period could be seen as too long, and other fault-based reasons (such as unreasonable behaviour and adultery) could be used by those wishing to speed the process up.

However, it is not as simple as just making one amendment to the law. The divorce process itself is often criticised for being unnecessarily long-winded and bureaucratic. It is essentially an administrative exercise and has become an archaic process. Whilst much of the work is carried out by administrative staff, there is still a requirement for judicial involvement within the process, which is a drain on the already-precious time of judges which could be allocated to more pressing work. There is, of course, also the cost associated with such a burdensome process, which could perhaps be better allocated elsewhere within the judicial system.

With people increasingly doing their own divorces, the process needs to be as clear and straightforward as possible. The forms are outdated and confusing, and the process itself can often seem unclear. There are technicalities to the current process which a lay person could not anticipate, understand when they do arise, and know how to resolve without the assistance of someone with a legal background who is familiar with the process. Insufficient emphasis is given to the importance of agreeing a financial settlement before completing the divorce process, and the importance of converting this into a court order and getting it approved by a judge.

In addition, the process itself is unnecessarily expensive for the average household struggling to come to terms with running two houses on the same budget - at present, the petition fee is £410. It is unlikely, however, that the court fee would be reduced if the divorce process were to become more straightforward.

The law itself needs to move forward, but so does the administrative process that makes a divorce possible.
New research exploring how the current law on the ground for divorce and civil partnership dissolution operates in practice is currently being undertaken by Liz Trinder of Exeter University.

This article was originally published on Sarah Green's blog and has been reproduced here with kind permission.
Categories:
Articles