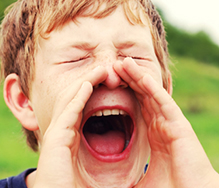 Family lawyers’ hopes to receive guidance from the Supreme Court on the fundamental principle of a child’s right to be heard in family cases were dashed when the Supreme Court unanimously dismissed a father’s appeal against the decision of the Court of Appeal Re D (A Child) (International Recognition) [2016] EWCA Civ 12.

In Re  D (A Child) [2016] UKSC 34 the Supreme Court ruled unanimously on 22 June that it did not have jurisdiction to hear the appeal because appeals in England and Wales under the provisions of Brussels II (Revised) Regulation (Brussels IIa) may be bought only by a single further appeal on a point of law to the Court of Appeal.

The case concerned a child (D) born in 2006 in Romania to Romanian parents who met while working in England.  The parents separated in 2007 and D has lived in England since then in the care of his mother. The father returned to Romania in 2009 but maintained a relationship with his son. The parents agreed that the Romanian court had jurisdiction and after considerable delays the Bucharest Court of Appeal in November 2013 made an order that D should live with his father. Crucially that order was made without evidence of D`s wishes and feelings.

The father applied to enforce this order and in July 2014 the High Court refused the father’s application. The court  applied article 23(b) Brussels IIa which provides that a judgment should not be recognised ‘if it was given, except in a case of urgency, without the child having being given an opportunity to be heard, in violation of fundamental principles of procedure of the member state in which recognition was sought’.  Peter Jackson J commented, ‘D’s rights as an individual child are engaged in his father’s application and … whatever has happened in this case he bears no responsibility for it’. Neither the judge, counsel nor the Children’s Guardian had experienced a ‘case in which enforcement is being sought with regards to a child who has obtained the age of 7 and has never lived in the country from which the relevant order emanates’.

On appeal the Court of Appeal upheld the judge’s order and the father sought a further appeal to the Supreme Court which was struck out.

The case arises at a time when Sir James Munby, President of the Family Division, has expressed his concerns about the shortcomings of the family justice system where ‘the child is by and large completely invisible in court’. Section 1 of the Children Act 1999 prioritises the child’s welfare as the Court’s paramount consideration. One of the statutory factors the Court is directed to have regard to is the wishes and feelings of the child.  Despite this too often in family cases children are excluded from the process, unlike the Crown Court which has had to adapt its procedures and practices to accommodate direct participation by the children when appropriate.

The position may be contrasted with Germany where it is common practice for judges to meet with the children that are the subject matter of the proceedings.

Sir James Munby has expressed his concerns about the need to review procedures in the family justice system since 2014.

Pilot projects have been undertaken in Leeds and York seeking to put meetings between children and the judge on a more routine and structured footing by offering the opportunity of a meeting, and where appropriate, providing information and producing guidance for the participating professionals.

The Leeds report emphasised that it is important to remember that the purpose of the meeting is to make sure that the child’s wishes and feelings have been heard and that the child has been listened to. This is not the same as the child determining the issue.  If child participation is, however, to become the norm then Sir James Munby has pointed out practical concerns such as moveable furniture in the court rooms so that the court can be adapted to a more child friendly environment when appropriate.

The present position of reflecting the children’s wishes and feelings remotely either through a Cafcass officer or by representation through a guardian may now be challenged as too indirect a process for decisions which will have such a fundamental effect on the future of children caught up in the system when other divisions such as the Crown Court and our international colleagues have adapted their systems to permit much more direct participation.

It is unfortunate that the circumstances of Re D did not provide an opportunity for the Supreme Court to provide further guidance on this important principle.

The most important conference in family...
View product
Categories:
Articles