Miranda Mourby: The family law reforms in practice - a view from the crystal ball 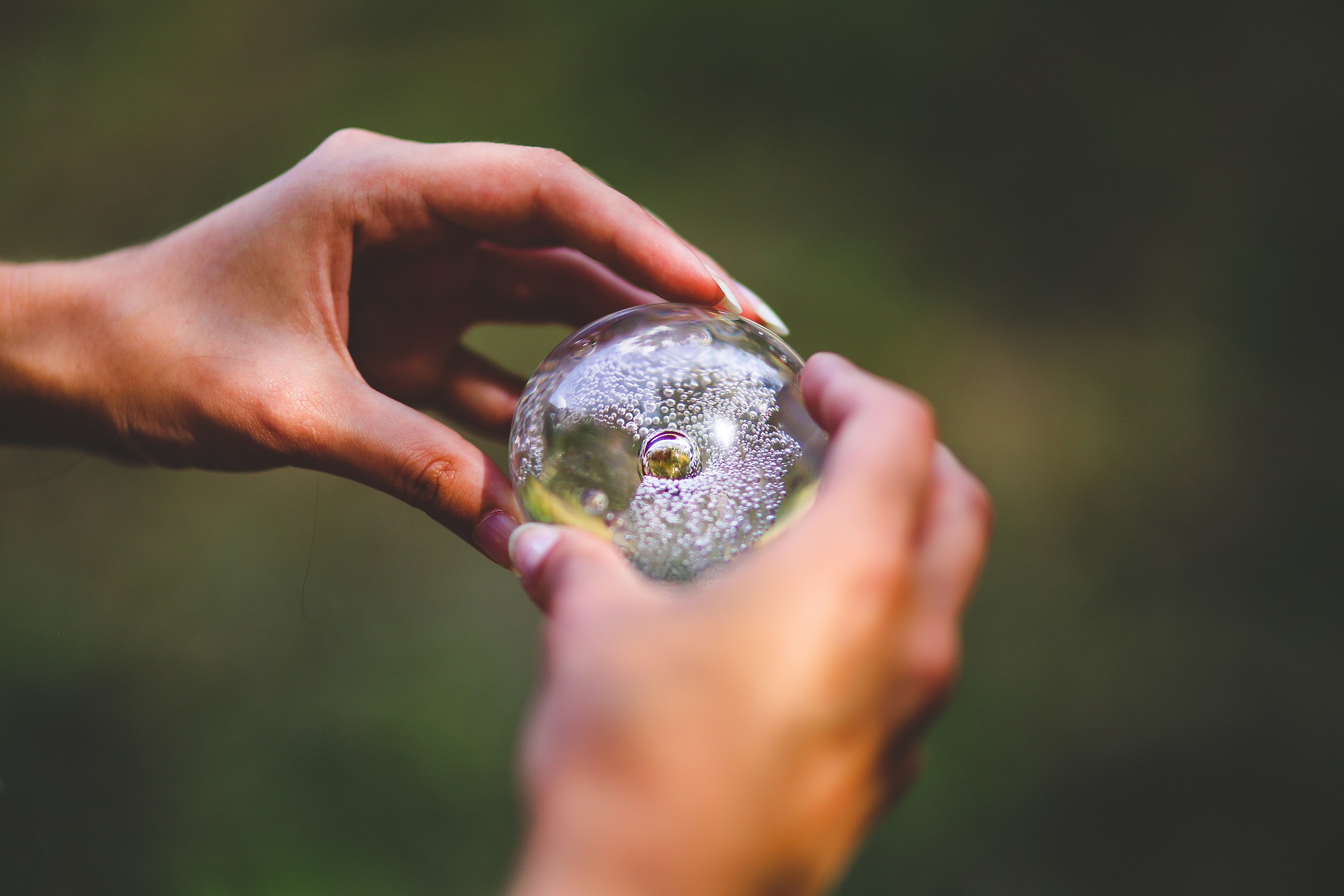 By this point you have, no doubt, read ample material mapping out the new family law landscape from 22 April 2014 (if not, see the Family Law Reform page). This done, however, the question inevitably arises: how much will actually change in practice?

Definitive answers are beyond the scope of this article, but in the words of the President in Re S (A Child) [2014] EWCC B44 (Fam) ‘some preliminary and necessarily tentative observations are appropriate.' Drawing on the collective experience pooled at the recent Family Law Children and Families Bill Seminar 2014, therefore, the following preliminary observations can be made:

The new language of child arrangement orders may well be a largely cosmetic reform. It provides an extra tool for practitioners trying to convince warring parents that involvement in their child's life consists of something broader than their ‘quantum' of contact. However, a hierarchy will no doubt subsist between the parent the children live with, and the other who ‘spends time or otherwise has contact' with them. There is a faint irony that these orders are created by the same Act which finally repeals the ill-fated no fault divorce provisions of the Family Law Act 1996.

An interesting point raised by Jane Crowley QC at the C&FA seminar was whether foreign jurisdictions would necessarily recognise the wording of child arrangement orders as representing the equivalent of a contact/custody order. In cases where contact (or, ‘the time spent with a parent with whom a chid does not live') may need to be enforced across jurisdictions, she suggested including a recital in the order making clear its intended effect.

Relationship with the civil jurisdiction

The lack of civil jurisdiction of the new Family Court, and the removal of family jurisdiction from the county courts, casts some confusion over the established practice of Sch 1 and TOLATA claims being heard together, and the claims of third parties in financial remedy cases being determined along chancery law principles. It is suggested that, when issuing applications in cases where such issues are likely to arise, it might be prudent to select a ‘point of entry' to the Family Court which is also a civil court centre.

Although the limitation of bundles to one lever arch file does not come into force until July, family law practice will need to adapt as soon as possible. Relevant pages of (for example) medical or financial records will need to be selected and disclosed as early on as possible, and exhibited to witness statements wherever possible. It remains to be seen whether the Legal Aid Agency will fund the additional time spent condensing all the documents in the case into a 350 page selection, but it is certainly worth at least highlighting this in public funding applications.

The 26-week time limit for disposal of applications for care and supervision orders finds a new home in s 32 of the Children Act 1989 (the 1989 Act). Public law practitioners will already have formed their own view as to the feasibility of this deadline. Sam Montaz helpfully brought it to the attention of those attending the seminar that this number was derived from the Care Proceedings Pilot carried out between three of the better-resourced boroughs (Fulham, Kensington and Chelsea and Westminster), and that average duration of proceedings exceeded 26 weeks in cases involving sibling groups, multiple expert reports and the return of the children to their parents.

A good starting point in arguing that an extension beyond 26 weeks is ‘necessary to enable the court to resolve the proceedings justly' under the new s 32(5) of the 1989 Act is the President's preliminary guidance in Re S (A Child) (above). A useful overview of recent authorities is given, and the following types of case are suggested as being of a type where an extension of time might be necessary:

(1) Cases where it can be identified early on that it may not be possible to resolve the proceedings justly within 26 weeks, for example:

(a) very heavy cases involving the most complex medical evidence where a separate fact-finding hearing is directed in accordance with Re S (Split Hearing) [2014] EWCA Civ 25, [2014] 2 FLR (forthcoming and reported at [2014] Fam Law 429), para [29];
(b) FDAC type cases;
(c) cases where investigations or assessments need to be carried out abroad;
(d) cases where the parent's disabilities require recourse to special assessments or measures (see Re C (A Child) [2014] EWCA Civ 128, para [34]).

(2) Cases involving unexpected developments such as:

(a) subsequent allegations of sexual abuse within the course of a neglect/ emotional harm case;
(b) the death, serious illness or imprisonment (!) of the proposed carer;
(c) the emergence, late in the day, of an alternate family carer (no guidance is given as to whether delay is still justified if this carer could have put themselves forward at an earlier stage and did not, but it is suggested that, unless they had good reasons for their delay, this is not a true ‘emergence').

The test of ‘necessity' is applied both when extending the 26-week time limit and when granting permission for the instruction of an expert under s 13 of the 2014 Act. This is not surprising given the delay multiple expert reports can cause. The extent to which expert evidence would be restricted in care proceedings was discussed at the seminar, with Charles Geekie QC predicting a possible reduction in the number of ISW reports directed.

There were also discussions as to whether the courts will be more inclined to rely on the evidence of a treating clinician in NAI cases (rather than directing an independent report), with the mooted conclusion being that only when reliance on such evidence leads to a successful appeal will guidance on this point be available.

Whether s 51A of the Adoption and Children Act will open the floodgates to a multitude of applications from birth families seeking contact post-adoption could form the subject of an article in itself. However, as Darren Howe's paper at the seminar pointed out, the draft Statutory Guidance on Adoption does not envisage that orders for (or orders prohibiting) contact at the adoption stage will be common. Paragraph 5.19 of the draft guidance states:

‘orders for contact and orders prohibiting contact are likely to be relatively rare at the adoption order stage, and where some form of continuing contact is proposed, whether direct or indirect, it is more likely that this will be a matter for agreement between the person concerned and the adopters. The court may however make a note on the court file about the agreement reached.'

The mechanism for controlling applications from birth families will be the requirement under s 51A (5) to consider ‘any risk there might be of the proposed application disrupting the child's life to such an extent that he or she would be harmed by it (within the meaning of the 1989 Act),' as well as the applicant's connection with the child, and any representations made to the court by the child or the adopters. The importation of the meaning of ‘harm' from the Children Act, and with it established case-law, is particularly helpful for those opposing these applications.

On a final note, regulations may be passed under s 80 of the 2014 Act to cover situations where decisions need to be made about the education of children with SEN but whose parents lack capacity to make these decisions. Under s 27 of the Mental Capacity Act 2005 (the 2005 Act), no decision which would discharge a person's parental responsibility (except for matters relating to their child's property) may be made on their behalf. However, under the potential regulations, references to a child's parents in Part 3 of the 2014 Act could be taken to mean their representative, meaning that their representative could make relevant decisions on their behalf.

At a time when the courts have been cautious at intruding into the territory demarcated by s 27 of the 2005 Act (capacity to consent to sexual relations for example), it is striking that statutory provision has been made for intervention in decisions about a child's schooling. Section 80 of the 2014 Act makes it clear that the regulations would take effect in spite of s 27 of the 2005 Act, but it will be interesting to see the extent to which the parental responsibility of incapacitated parents can be eroded in practice.
The views expressed by contributing authors are not necessarily those of Family Law or Jordan Publishing and should not be considered as legal advice.