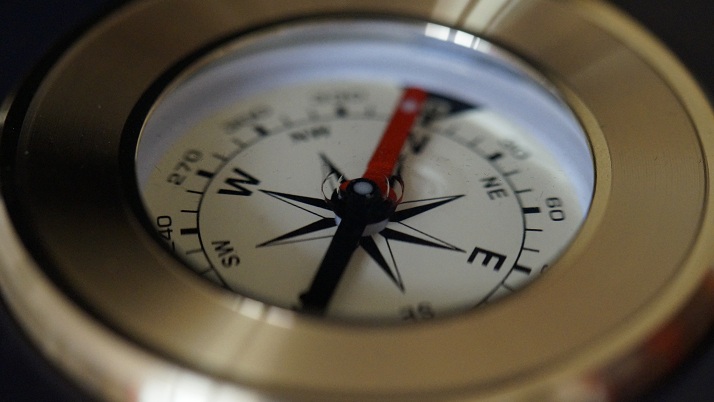 Two cases reported at the start of this year, Ray v Sekhri [2014] EWCA Civ 119 and Divall v Divall [2014] EWHC 95 (Fam), [2014] 2 FLR (forthcoming) illustrate the scope for reform of the law relating to domicile. The choices made by families with multinational bases are inextricably connected with cultural and intergenerational shifts, yet many of the principles on which the senior courts are assessing these choices have remained firmly rooted in the nineteenth century.  A telling contrast can be made with recent changes in the law of habitual and ordinary residence following Re LC (Reunite: International Child Abduction Centre Intervening) [2014] UKSC 1, [2014] 2 FLR (forthcoming) and R (Cornwall Council) v SoS for Health and Others [2014] EWCA Civ 12, which provide a glimpse of what a modernised law of domicile might look like.

In both Ray v Sekhri and Divall v Divall it was explicitly noted that the parties were not disputing the applicable law relating to domicile. It was therefore accepted that the relevant principles are as set out in Dicey, Morris and Collins, The Conflict of Laws. Both judgments cite the summary of these principles given by Arden LJ in Barlow Clowes v Henwood [2008] EWCA Civ 577, [2008] BPIR 778.

The controversial element is easily missed. In Ray v Sekhri the husband had been born in the UK, but sought to prove that at the time of his birth his father (Mr Bikas Sekhri) remained domiciled in India, and that India was therefore also the husband's own domicile of origin. McFarlane LJ simply stated, at para [13]:

This is because, as Moor J made explicit in Divall v Divall:

‘Everyone at birth receives a domicile of origin, which is attributable by operation of law. A legitimate child takes her father's domicile.'

While this is absent from Arden LJ's summary, r 15 of The Conflict of Laws clearly states that a ‘legitimate' child takes the domicile of their father. A child of unmarried parents, on the other hand, is assumed to have the domicile of their mother. This is why the husband in Ray v Sekhri focussed on the fact that his father retained a desire to return to India, and not on the fact that his mother strongly wished the family to remain in the UK (and got her way).

Any discrimination between children of married and unmarried parents, however technical, sits uncomfortably with the current law. Hale LJ (as she then was) has already expressed her views on the use of the word ‘illegitimate' in family cases, see Re R (Surname: Using Both Parents') [2001] EWCA Civ 1344, [2001] 2 FLR 1358. Why should it be assumed that the marriage or otherwise of a child's parents should mean that a child is dependent on a parent of a particular gender? And why, for that matter, should it be assumed that the child's parents are of different genders? The authors of The Conflict of Laws acknowledge that under the Adoption and Children Act 2002, s 144(4) and the Human Fertilisation and Embryology Act 2008 a child can have two parents of the same gender, and that there would be a lack of clarity as to the position in such cases.

Another presumption, absent from the summary of Arden LJ, is that against the acquisition of a domicile of choice ‘by a person in a country whose religion, manners and customs differ widely from his own country' (15th edn, p 152). Some remarkable examples selected by the authors in support of this presumption include Doucet v Geoghegan (1878) 9 Ch.D 441, 453: ‘It is well known that everyone who goes to India does so for the express purpose of making money and returning to this country as soon as possible.' This observation was perhaps of limited assistance to the Court of Appeal when considering Mr Bikas Sekhri's visits to India, and whether they reflected his unrelinquished domicile of origin. The question also arises as to whether this presumption should be at least modified in a society where there is no longer one prevailing religion, and manners and customs are accepted as varying among different communities.

On the facts of Ray v Sekhri, Mr Bikas Sekhri was found to be a ‘family man' who would never have left his family return to India. He was found to have acquired a domicile of choice in England, making England the husband's domicile of origin. This paternalistic approach seems unnecessarily circuitous: had it been sufficient that the husband's family was settled in England throughout his childhood, much expensive litigation over Mr Bikas Sekhri's desire to return to India could have been avoided.

Just 4 days after the Court of Appeal worked around the technicalities of a child's inherited domicile of origin in Ray v Sekhri, they rejected an overly technical analysis of the ordinary residence of a dependent adult in R (Cornwall Council) v SoS for Health and Others [2014] EWCA Civ 12. The case concerned a man who lacked capacity to choose where to live, and whose family had left him in local authority care when they moved to Cornwall. It was argued that his ordinary residence was dependent upon theirs, and as such he was ordinarily resident in Cornwall. The court rejected this argument, and the implication that his ordinary residence was a place which he had only visited his family for holidays. Lord Justice Elias held:

‘In my view, where the vulnerable adult like P has as a matter of fact been living in one place and only one place for many years, that will almost inevitably compel the conclusion that it is his ordinary place of residence. It is not, in my view, legitimate to avoid that common sense conclusion by the application of an artificial rule which effectively gives no weight to the fact of residence at all.'

It could well be argued that this development in the law in relation to the ordinary residence of incapacitated adults should be applied to the question of their domicile.

Under the current law, incapacitated adults are taken to be unable to acquire a domicile of choice, and are therefore restricted to their domicile of origin whatever the changes in their circumstances. This was criticised by the Law Commission as far back as 1987 as creating ‘artificiality and unfairness' ( Private International Law: The Law of Domicile, Law Com No 168, p30). The Commission suggested replacing the existing law with a test of ‘closest connection'(ibid, p 31). While this recommendation was never enacted into law, it bears a closer resemblance to the approach taken by the Court of Appeal in the Cornwall case.

The Law Commission also recommended that the test of ‘closest connection' be used in relation to the domicile of children. This would require a shift away from a presumption that the child's domicile is the same as their parent's, but in the light of Re LC (Reunite: International Child Abduction Centre Intervening) this does not appear impossible.

The Supreme Court established that older children can (in exceptional circumstances) have a habitual residence separate from their parents when they do not feel settled in a new jurisdiction, (see ' Charlotte Sanders: A child's state of mind can determine their habitual residence'). While this was not an unqualified development, it still represents a greater judicial willingness to look at the underlying reality of a child's life.

It is suggested that this approach would bring welcome clarity and modernisation to the law relating to the domicile of children and incapacitous adults. It would allow the courts to focus on the reality of family arrangements in a changing cultural landscape, and avoid references to authorities based on outmoded assumptions (to borrow another from the Conflict of Laws, p 159: Steel v Steel (1888) 15 896, at 909 ‘Nobody in his senses ever goes to Burmah sine animo revertendi.')

In practice, the attitude of the family courts towards children and dependent adults is sensitive and socially responsive. It would be an improvement, however, if they were able to determine domicile without recourse to authorities peppered with references to latin, legitimacy and lunacy. The domicile of a married woman was artificially (to say the least) dependent on that of her husband until the implementation of the Domicile and Matrimonial Proceedings Act 1973. If children and incapacitated adults were recognised as having domicile independent from their families, anachronism and even unnecessary litigation could be avoided.

Charlotte Sanders: A child’s state of mind can determine their habitual residence – Re LC (No 2) [2014] UKSC 1
29 JAN 2014
Miranda Mourby: Capacity to consent to sexual relations - where are we now?
Authors: Miranda Mourby
21 FEB 2014

Charlotte Sanders: A child’s state of mind can determine their habitual residence – Re LC (No 2) [2014] UKSC 1
29 JAN 2014
Miranda Mourby: Capacity to consent to sexual relations - where are we now?
Authors: Miranda Mourby
21 FEB 2014