Miranda Mourby: Capacity to consent to sexual relations - where are we now? 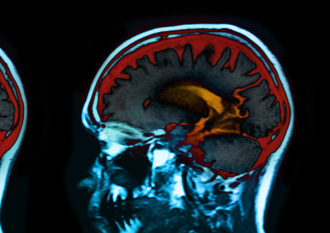 Miranda Mourby
Healthcare Law Associate
‘When is it appropriate for society to intervene paternalistically in a decision or decisions that individuals make as to their sexual relations?' begins the judgment in IM v LM, AB & Liverpool City Council [2014] EWCA Civ 37. The answer now confirmed by the Court of Appeal is that, in the context of adults who may lack capacity to consent to such relations, this will depend on whether their decisions are being scrutinised in a civil or criminal jurisdiction.

When determining whether an alleged victim of ‘sexual touching of a person with a mental disorder impeding choice' (Sexual Offences Act 2003, s 30) had the capacity to make that choice, a jury can consider the identity, characteristics and behaviour of the defendant. In the Court of Protection, however, a person's capacity to consent to sexual relations in future should not be assessed in a ‘person specific' way, even where the identity and attendant risks of the potential partner are well established.
In Regina v Cooper [2009] UKHL 42, Baroness Hale stated:

‘it is difficult to think of an activity which is more person and situation specific than sexual relations. One does not consent to sex in general. One consents to this act of sex with this person at this time and place.'

The complainant in this case, a woman with a low IQ and a schizo-affective disorder, had left a community mental health centre in a state of distress. She met the defendant who, offering to help her, took her to a friend's house, gave her crack cocaine and asked her to engage in sexual activity. It was not disputed that the woman understood the general nature of sexual intercourse. Her case, however, was that she was suffering a relapse in her mental disorder which led her to believe that if she did not submit to the defendant she would die. The House of Lords held that consent based on this irrational fear was not a capacitous decision, and restored the conviction.

Similarly, the issue of whether LM, the subject of the proceedings in IM v LM & Anors, could make a capacitous decision in the face of external pressure was a central issue in this Court of Protection case. LM had a ‘chaotic' background encompassing drug and alcohol abuse and convictions relating to prostitution. She had three children, all of whom were at some point raised by their grandmother IM. In 2010, she suffered cardiac arrest and a subsequent hypoxic brain injury. Although she made good progress, it was unchallenged that in 2013 she lacked capacity to make decisions concerning residence, care and contact with others.

LM's partner, AB, had been barred from seeing her in hospital following his ‘inappropriate behaviour.' His background included a ‘significant criminal record.' It was proposed that LM's contact with AB would be restricted to such an extent as to preclude resumption of the sexual relationship they had had before LM's brain injury.

The evidence of the treating neuropsychologist was that LM generally understood sex, its nature and potential consequences. The question of whether LM could use that understanding to make a capacitous choice, however, would depend on ‘who she is engaging in sexual activity with, and what might their pressures be' (para [14]).

Jackson J's decision was upheld by the Court of Appeal who explained that the apparent discrepancy between the tests for capacity can be understood in the context of the difference in drafting and purpose of the Sexual Offences Act and the Mental Capacity Act. Under s 30(2)(a)  of the 2003 Act, a person is deemed to lack capacity to choose to consent to sexual touching if they lack ‘sufficient understanding of the nature or reasonably foreseeable consequences of what is being done, or for any other reason' related to their mental disorder. The words ‘any other reason' were taken by Baroness Hale to encompass ‘a wide range of circumstances in which a person's mental disorder may rob them of the ability to make an autonomous choice,' (para [25]). This could include a disability-induced vulnerability to acquiesce to an exploitative or domineering partner.

In the case of LM, however, the Court of Appeal stressed that the perspective of the Court of Protection is general and forward looking. If the court was asked to scrutinise a particular sexual act with a particular sexual partner, it would be concerned with a decision as to consent which would fall to be made ‘on a daily, or at any rate repeated basis' (para. 84).  As Mostyn J rhetorically asked in D Borough Council v B at para [35]: ‘is the local authority supposed to vet every proposed sexual partner...?' If a specific enquiry into every potential sexual act is intrusive and impractical, the consequences of a general declaration of incapacity to consent to sexual activity could be worse. Under s.27 of the Mental Capacity Act, if a person lacks the ability to consent to sexual relations themselves, the court cannot give this consent on their behalf, raising the spectre of state-enforced abstinence.

It is with this in mind that a determination as to whether a person is able to understand, retain and weigh information (and communicate a resulting decision) pursuant to s 3 of the MCA 2005 has to be made as liberally as possible to avoid oppressive levels of paternalism. Regard has to be had to the presumption of capacity, and the provision in s 1(4) that an unwise decision can nevertheless be a capacitous one. The Court of Appeal even suggested that the ‘ability to use and weigh information is unlikely to loom large in the evaluation of capacity to consent to sexual relations' (para [81]). While this has to be considered as part of the test of capacity under s.3 of the Act, it should not be given undue emphasis given that, even among the fully capacitous, these are decisions based more on instinct and emotion than on rational analysis.

It may seem odd that the difference between the two tests creates the possibility that someone found to have capacity to consent to sexual relations by the Court of Protection could still be deemed to lack that capacity with a specific person on a specific occasion by a criminal court. A partner of someone like LM might not be barred from their sexual relationship, but neither would there be a guarantee that they could not be prosecuted under s 30 Sexual Offences Act in the wrong circumstances.  It is understandable that the Court of Protection would only sanction drastic limitations on an adult's private life where even a basic comprehension of sex is lacking, but perhaps regrettable that the contrast with the person-specific test of the criminal courts creates this uncertainty for the partners of vulnerable adults.

In practice, much of this gap can and hopefully will be bridged by the fact that an evaluation of capacity to consent to contact with a particular individual can be ‘person-specific' (per McFarlane LJ, PC v City of York Council [2013] EWCA Civ 478, [2014] COPLR (forthcoming), at para [35]). A potentially abusive individual could therefore be kept away because P lacks capacity to consent to have contact with them, even if P did have capacity to consent to sexual relations. As the Court of Appeal noted at the conclusion of the judgment, ‘in terms of protection against the consequences of an unwise decision LM may ironically in this respect if in no other be in a better position than others of full capacity' (para [89]). Baroness Hale's description of the highly specific nature of consent to sexual relations remains good sense as well as good law within the criminal jurisdiction, but it is difficult to regret that the Court of Appeal has not given the Court of Protection licence to explore the full specificity of these decisions and ‘vet' potential partners. The resulting disparity may not be ideal, but it is nevertheless preferable to ongoing local authority involvement in the intimacy and subjectivity of these decisions.