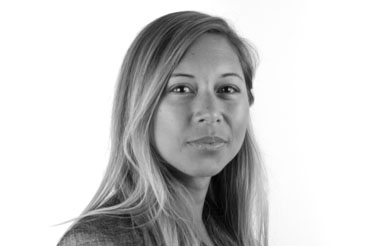 Joanne Wescott
Partner
The Supreme Court judgment on Mills v Mills [2018] UKSC 38 was handed down by Lord Wilson on Wednesday [18 July] with the overall impression being that it was the right result, reference having been made to wife’s cross-application to vary upwards her joint lives spousal periodical payments as a 'second bite of the cherry'.

Mr and Mrs Mills (referred to as husband and wife) are now aged 52-years-old. They married in 1987, divorced in 2002 and have an adult son. Wife was a qualified beauty therapist and husband a qualified surveyor. In 2002 at the FDR, they reached a financial agreement that was reflected in a consent order which essentially provided for the following:

"the principal (monthly) periodical...
£389
View product
The result being the wife received the majority of the liquid capital; the husband had his businesses and was to pay the wife an income as she was not working at the time due to having suffered gynaecological issues following a late miscarriage in 1996.

H made an application in 2014 to discharge and capitalise with a lump sum of £26,000, vary downwards or impose a term on wife’s spousal maintenance. The wife cross-applied for an increase; both applications were made under s 31(1) of the Matrimonial Causes Act 1973.

In his judgment he comments that the wife would have been able to secure a home free of mortgage in 2002 but it had been reasonable for her to be ambitious and secure a mortgage. He also added that she had not managed her finances wisely but found she was not profligate or wanton and the husband could afford to continue to pay and the wife would need to adjust her expenditure.

Both parties sought permission to appeal to the Court of Appeal and the case was heard by Sir Ernest Ryder and Lord Justice Longmore in 2017. They allowed the appeal and varied the payment from £13,200 to £17,292 pa relying on the fact that the judge did not give reasons for the trimmed budget and did not explain why the wife should live below her basic needs.

The husband applied to appeal to the Supreme Court on several grounds but permission was only granted on one very narrow issue 'whether provision having already been made for the wife’s housing needs in the capital settlement, were the Court of Appeal erred in taking these into account when raising her periodical payments'.

In light of the Supreme Court decision, it appears that the magnetic factor is HHJ Everall QC’s calculation of the wife’s rental payments within her needs. The judgment helpfully sets out the calculation and how 60% was arrived at; in essence saying in order to meet the shortfall the husband would be obliged to pay 60% of wife’s rent.

To conclude, never say never, the court was entitled to refuse the increase but not obliged to refuse. The court would need to give very good reasons for making that kind of order, ie that a spouse should fund the other spouse’s rental payment where that spouse had received a capital provision for re-housing. Ultimately the court has a very wide discretion but in this case the duplication for housing need was not found to be a very good reason.

Many reports on this case have used the unattractive term of 'meal ticket for life' but the Supreme Court never had jurisdiction to discharge the periodical payments order. Section 54(4) of the Access to Justice Act 1999, states no appeal can be brought against a refusal of permission.
Categories:
Articles