Mediation Matters: Rejecting the culture of winners and losers 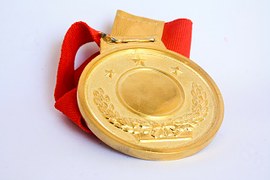 Jane Robey
Chief Executive, NFM
Love it or hate it, the Rugby World Cup is currently captivating millions. Whether they’re watching on TV screens or, for those lucky enough to have tickets, in stadiums across England and Wales, the prospect of glory truly hypnotises.

If the home nations progress through the group stages, domestic interest will accelerate to a frenzy. But the one thing that’s for sure is, come the Final on 31 October, there will be just one winner, who’ll take it all, as the song has it.

It’s strengthened further by omnipresent betting website adverts, which somehow encourage millions of people to believe they can easily achieve a durable victory with a single click on the mobile that simply pours cash into the bookies’ coffers.

What’s this got to do with the profession I represent? Well, the culture of ‘winners’ and ‘losers’ is, of course, what has for years energised and enthused separating couples to slug out their differences in court.

The wish to score a notable financial success over the ex you’ve learned to loathe is what drives so many men and women as they are lured towards a lawyer’s promise of victory.

So perhaps it’s surprising that the indications we at National Family Mediation have is that people are turning on its head the idea of ‘winning’ or ‘losing’ a divorce in the heat of a court room.

There’s increasing evidence that, rather than diving headlong into a lawyer-courtroom scrum, more and more people involved in a family separation now are now cogitating, calculating and considering their options.

The number of calls our dispute resolution experts are taking on our helpline has more than doubled in the past 12 months, as people look to reach amicable settlements on property, finance and parenting. Visits to our website have gone through the roof as couples increasingly self-research their options. It’s a challenge to meet the soaring demand.

The routes separating couples are taking as they try to reach settlements are becoming more convoluted. People we’re speaking with are understanding more and more that, unlike a sporting contest, there’s no black-and-white in a family’s separation: there are actually scores of shades of grey.

Recent legislation, aimed at diverting people away from the legal process to mediate instead, has almost certainly played a part in the steady culture change we seem to be witnessing.

By definition of the fact they are separating most couples know that, to a greater or lesser extent, something has already been lost. And rather than trying to turn the defeat round into victory let’s hope there’s an increasing recognition that nobody wins in divorce, least of all the children.

Going through the process of mediation usually takes a little longer than six weeks of a Rugby World Cup but it’s still a lot quicker than slugging your dispute through the courts.

In family mediation nobody wins any medals but, rather than trying to spite your ex, you’ll have the chance to shape a bright future in which your child can maintain a positive relationship with both parents.

And, let’s face it, that’s got to beat the momentary hoist of a trophy to the cameras.