Mediation Matters: Referral sources to mediation have flipped on their head 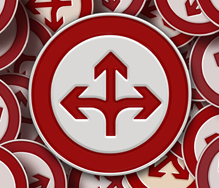 Jane Robey
Chief Executive, NFM
Family Law has previously reported a rise in the number of people coming through the doors of National Family Mediation’s services. Now some fascinating new figures illustrate how much the route people now take to reach those doors in the first place is changing – with implications for mediators and solicitors alike.

The referral process has been flipped on its head since LASPO. Along with the rise in LIPs, more and more separating people are now self-researching their options before making any commitments, whether that’s to lawyers, mediators or simply going it alone in court.

Here’s what our data tells us. In the first 6 months of 2013, just 19 per cent of referrals to our mediators came from non-solicitor sources. (The corresponding 2012 figure had been lower still at only 9.6 per cent.) The large majority of the 81 per cent of solicitor referrals we had from January to June 2013 were connected to a legal aid application, as you’d expect.

Yet in the equivalent period of this year, 2014, the percentage of non-solicitor referred cases was up to 51 per cent.

So just a year after four out of five people had been lawyer-referred, we now receive fewer approaches from people who have been sent to us by a lawyer than those who’ve come of their own accord.

The overall numbers on which these percentages are based are higher this year than last. It’s also worth noting a trend showing that whilst overall numbers of referrals from all sources fell dramatically later in 2013, the pattern so far in the second half of 2014 is that all-source referrals are rising fast. This means the data showing how people arrive at our doors for July–December 2014, when available, should be even more telling.

Time was when divorcing people, having decided to split, would head straight off to a high street lawyer. But the explosive growth of internet use means the vast majority now study their issues online before opting for a service. We are as likely as not to turn up at the GP with our own diagnosis having googled our symptoms, and so it is now for many other services, including divorce or separation.

We’ve had huge increases in visits to the NFM website. Meanwhile the number of calls being made to our 0300 4000 636 national helpline has gone through the roof in the past 18 months as people work to find out their options. Our new data shows that since April – and compulsory MIAMs – we’ve taken an average of over 2,300 calls per month. Earlier in the year we thought our then 1,400 monthly average was high.

The nature of the calls we are taking has changed too. Two years ago callers were usually well aware of their options having been referred by lawyers to legally aided mediation. Now people are often at sea in a storm, making us their first port of call. Our initial discussion is often a scene-setting one, explaining the choices. Of course we fervently believe in mediation and do our best to explain it, and to promote its many benefits. Where people choose to proceed with mediation they don’t look back, and rarely regret their choice. That’s because most families who come to mediation truly want to reach a settlement.

So the times they are a-changin’, as someone once said. But what do these changes mean for legal and associated professions? Some lawyers don’t like it, but most realise it’s probably irreversible and they will of course move on, adapt and evolve.

I gave some practical illustrations. For example, if clients were to know they could have legal advice on the options they have developed in mediation for a fixed fee, it would be enormously helpful. The evidence shows there’s no appetite from families undergoing breakdown to pay legal fees for advice they don’t truly need.

It’s clear to me that in the new landscape we inhabit, families require legal advice and intervention that is proportionate to their needs, and relevant to what they have already been able to agree between themselves.

Legal advice that supports this ambition is what is needed, and in that way families will achieve speedy outcomes and post-separation stability.