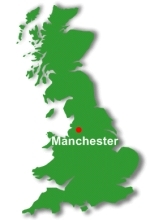 Victims who claimed they were abused while in the care of the children's homes run by Manchester City Council's social services from the 1950's to the 1990's have agreed a settlement with the council.

In May 2009 child abuse solicitors, Abney Garsden McDonald, were given High Court clearance to set up a claimant group for the 163 alleged victims. The action centres on three homes run by the city council - Rosehill in Northenden, Broomehouse in Didsbury and Mobberley Boys in Knutsford.

The claimants will no longer have to give evidence in court but instead have agreed to accept a deduction of 45% of the value of their claim. It could take up to a year before a final settlement figure is known. Awards will be based on the pain, loss and suffering at the time of the alleged abuse, the life-long effects, the cost of any therapy, and difficulty in obtaining work as a result of their suffering.

In 2007 the firm represented 168 claimants in a separate child abuse action against the council in which they managed to secure compensation amounting to nearly £2,260,000.  That case was brought in response to a massive police investigation launched by Greater Manchester Police in 1997 which investigated 66 children's homes in Greater Manchester, and prosecuted a number of individuals.

Child abuse solicitor Peter Garsden said: "The decision by Manchester City Council to avoid the costs and the time involved in contested litigation is very welcome indeed. The claimants want an apology for the abuse they suffered in the past, not technical arguments designed to defeat their valid claims.

"I hope that the council do not change their mind, once again, and continue to genuinely settle these cases. It will save a lot of time and money if they do so. I remain hopeful," Mr Garsden added.