Managing the finances of a missing person—is the law missing something? 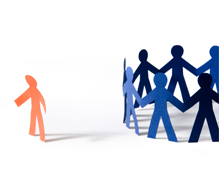 Sarah Young, partner at Ridley & Hall Solicitors, discusses the current UK laws surrounding the management of the finances of a missing person. In particular, Young explores the subject in the context of a recent finding that there have been a lower number of applications under the Presumption of Death Act 2013 (PDA 2013) than anticipated.

It is an astounding fact that around 250,000 people go missing in the UK each year. Approximately 2000 people remain missing after 12 months. For the families affected, a disappearance can be emotionally—and financially—devastating.

Prior to PDA 2013, a ‘crazy paving’ of legislation and rules governed the law in this area, which was difficult to navigate and did not provide solutions for all the issues that can arise.

There is currently no way to manage the affairs of a missing person in the hope that they will return. As a result, the charity Missing People campaigned for the introduction of the Guardianship (Missing Persons) Act 2017 (G(MP)A 2017). It is hoped that G(MP)A 2017 will come into force in July 2019.

In the meantime, the only effective way to manage a missing person’s finances and property for a left behind family in England and Wales is to apply for a declaration of presumed death under PDA 2013, which came into force in October 2014.

What is the procedure for the issuing of a presumption of death certificate under PDA 2013?

The application is to the High Court by a Part 8 claim form and should be made by the spouse or civil partner, parent, child or sibling of the missing person. The court may refuse to give permission to anyone else if the applicant does not have a ‘sufficient interest’. In a contested case of mine in 2016, my client was a cohabitee, and the judge was not convinced that she was entitled to apply on that basis alone. However, the judge allowed her to bring the claim as she was also the executrix of the missing person’s will and owned a property jointly with him.