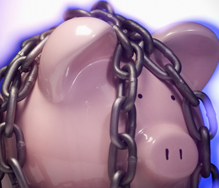 Family analysis: A husband’s appeal succeeded against a lump sum order made in favour of the wife by an English court after the couple agreed a financial consent order in Russian divorce proceedings. Jenny Duggan, associate at Stewarts, examines issues that arose in Zimina v Zimin.

The Court of Appeal allowed a husband’s appeal against an order made by a Family Division judge that he should pay his wife a lump sum even though a Russian court had previously made a consent order following Russian divorce proceedings in which they both had legal representation. The Court of Appeal concluded that, following an evaluation of all the relevant factors, it had not been appropriate for the Family Division to have made an order under the provisions of the Matrimonial and Family Proceedings Act 1984 (MFPA 1984) relating to financial relief after an overseas divorce, and therefore its lump sum order would be set aside.

The couple had been divorced in Russia in 2009. A financial consent order was made in the Russian proceedings settling the wife’s worldwide claims. As a combined consequence of the implementation of the Russian order, operation of law and an agreement between the parties, the wife was granted $10m, the use of a house in Kensington during the children’s education, and child maintenance.

In 2014, the wife applied in the English court for financial relief under MFPA 1984, Pt III, arguing that she had not been provided with sufficient financial provision under the Russian order and seeking a further award of £9.8m.

The determination of the wife’s application was the subject of a split hearing in 2016—the first stage was directed to whether an order should be made at all and the second stage was directed to what order should be made. At the first stage, the judge determined ‘by the narrowest of margins’ that it was, in principle, appropriate for an order to be made on the wife’s application. At the second stage, it was ordered that the wife was to receive a lump sum of £1,148,480.

The husband appealed and argued that no relief should have been ordered in favour of the wife under MFPA 1984, Pt III.

What issues arose for the Court of Appeal’s consideration?

Under MFPA 1984, s 16(2)(d), the court had to have regard to any financial benefit which the applicant had received, or was likely to receive, in consequence of the divorce, annulment or legal separation, by virtue of any agreement or the operation of the law of a country outside England and Wales.

Following Agbaje v Agbaje [2010] UKSC 13, [2010] 1 FLR 1813, the court will consider whether the financial benefit received by the applicant amounts to adequate financial provision as part of its consideration of whether, in all the circumstances of the case, it is appropriate for an order to be made by a court in England and Wales.

Therefore the main issues before the court were:

What did the court decide on the appropriateness of the lump sum order, and why?

The court found that the judge was in error in making the lump sum order. A number of important features should have collectively militated against the making of the order, ie:

The Court of Appeal, having evaluated all the relevant factors, reached the conclusion that it had not been appropriate to make an order under MFPA 1984, Pt III. The wife was also ordered to pay the husband’s costs of and incidental to the appeal, to be assessed if not agreed.