Litigating away the assets: The case of Princess v Prince 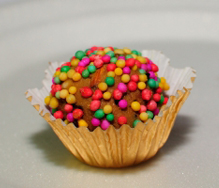 How is it that a Princess finds herself in a position whereby she cannot afford to be legally represented at a financial remedies hearing? That was the improbable-seeming scenario in the recent case HRH Louis Prince of Luxembourg v HRH Tessy Princess of Luxembourg & Another (Application for Financial Remedy), and one which serves as a lesson to all lesser mortals involved in financial remedy proceedings. John Bolch looks at the details of the case.

For those who have not come across the case in the mainstream media, it concerned the financial remedies application of Princess Tessy of Luxembourg (the application was made in the English court as the parties resided in London). As indicated, the Princess represented herself at the final hearing of the application, albeit with the assistance of a McKenzie Friend.

But it had not always been that way. The financial remedies application had been made in January 2017. Mr Justice MacDonald, hearing the application, takes up the story:

“During the course of the ensuing financial remedy proceedings, the parties contrived to exhaust the majority of their liquid funds on legal costs, spending between them approaching £500,000. The wife continues to owe some £66,000 to her former solicitors. The upshot of this extremely unfortunate situation is that the options available to the court to meet the respective needs of the parties arising out of their marriage are now far more constrained than they might otherwise have been. It is one more example, of the far too many similar examples seen by these courts, of couples engaging in expensive and protracted internecine financial warfare, the only result of which is to place them, and their children, in a materially worse position than they would have been had they been able to engage constructively in seeking a consensual solution.”

Ouch. In fact, double-ouch, in this case. Not only is there little or nothing left to distribute between the parties, the wife is not even left with enough to pay for a lawyer to represent her. How are the mighty fallen, one might uncharitably remark.

As I say, the case is a lesson for all involved in financial remedy proceedings. Never allow yourself to become so involved in arguing your case that you lose sight of what you are arguing over. Or to put it another way, always bear in mind that the costs you are incurring should be in proportion to the value of the assets you are arguing over. And the fact that such a thing can happen to a Princess means that it can happen to anyone, if they aren’t careful.

As Mr Justice MacDonald commented, this is an all too familiar scenario. I have come across it many times over the years in the law reports, and I may well have mentioned it previously in my posts here. But if I have, I make no apology for repeating it, as it is a point that cannot be repeated too often: there is no point spending huge sums arguing over who should have what on a divorce, if the end result is that there is nothing left for anybody to have. It is such a simple and obvious point that it may seem unnecessary to make, but I can assure you that many people who should really know better have fallen into the trap of dissipating all of their assets, or the majority of them, on legal fees, leaving them with little or nothing.

And what was Princess Tessy left with? Well, not much at all. Mr Justice MacDonald made an order giving her and the children a licence to occupy the former matrimonial home, awarded her nominal maintenance and ordered the Prince to pay maintenance for the two children at the rate of £4,000 per child per annum. OK, despite their status the Prince and Princess may only in reality have been modestly well off, but at least that half a million pounds they spent on legal costs would have provided something for them to divide up. Now the Princess has been left with nothing, and she still has those outstanding legal fees to pay.

I have not touched here upon most of the judgment (in fact, I have hardly touched on any of it), which includes various legal technicalities. If you want to read it all you can do so, here.