Legal aid changes limiting justice for victims of domestic abuse, according to research 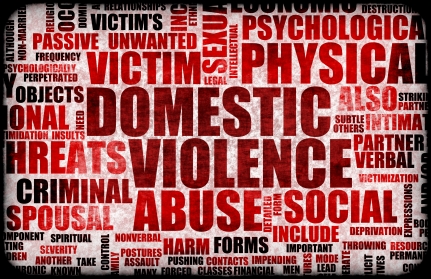 Changes to legal aid have affected the support that 6 in 10 advisers helping victims of domestic abuse can provide, finds new research from Citizens Advice.

'Domestic abuse victims must not be a test case for downsizing justice. When victims seek our help, more advisers than not report legal aid restrictions endangering the outcome of the victim’s case. The Government’s assurance that it will protect access to legal aid for domestic abuse victims is not standing up.

Legal aid restrictions are currently forcing victims of abuse to shoulder intolerable extra burdens at their most vulnerable moments. To require someone who has fled an abusive home to make a financial contribution because of assets they share with their abuser is clearly senseless. The evidence victims of abuse now need in order to protect their children or separate from their abuser is also often completely impractical, and threatens to keep victims in harm’s way.

That we have a Government committed to stamping out domestic abuse in all its forms is hugely encouraging. Ensuring all victims of abuse can access the support they need through legal aid and from specialist services must be made a priority to fulfil this commitment.'

Article continues below...
Under the changed legal aid rules it is up to victims to prove they have been subjected to severe or sustained domestic violence to get access to legal aid. Currently accepted evidence includes authorities already being aware that the victim is at risk of serious harm or murder, physical evidence examined by doctors, or the prior involvement of social services, which can be impossible for abuse victims whose day-to-day lives have been controlled.

One woman was assaulted by her ex-partner after she told him she didn’t want him to have unsupervised contact with their child whilst under the influence of drugs. Even though police were called, took statements and said they would put in papers for a restraining order, when the mother attempted to get legal aid to legally stop her ex’s contact with the child she was denied it because there was no record of the incident or restraining order. She represented herself in court and facing her abuser got him to admit to the abuse, but she has still needed help filling out a C100 child contact form that will cost £215 that she isn’t sure she can afford.

Even in cases where the victim can meet the evidence required to qualify for legal aid it is often restricted due to the assets or income of the victims, Citizens Advice research finds. Victims who have left an abusive home can be trapped in a ‘catch-22’ situation, unable to return to the home to access their financial assets and pay for legal assistance, but ineligible for legal aid because they have a joint bank account or home ownership.

One mother sought Citizens Advice’s help after her attempt to leave her abusive husband and protect her children was thwarted by legal aid restrictions. When she fled her home following abuse from her husband and went to live in a refuge she had been forced to leave her children behind. She sought help from a solicitor to get a divorce and manage access to her daughters, but was told that, despite evidence of abuse, she was ineligible for legal aid because of her share in the property.

Frontline bureaux workers reported facing a debilitating mix of reductions to both legal aid availability and specialist services for victims. Only 4 in 10 advisers report adequate specialist support for victims with differing needs, with male victims and those with English as a second language amongst those facing the biggest barriers.

Citizens Advice is calling for a re-examination of the evidence currently needed to secure legal aid in a case of domestic abuse. The burden of evidence is currently too high for many victims and especially difficult for victims of non-physical abuse, including victims of financial and emotional abuse.