Researching Reform: Lay advisers are the lawyers of the future - let's support them 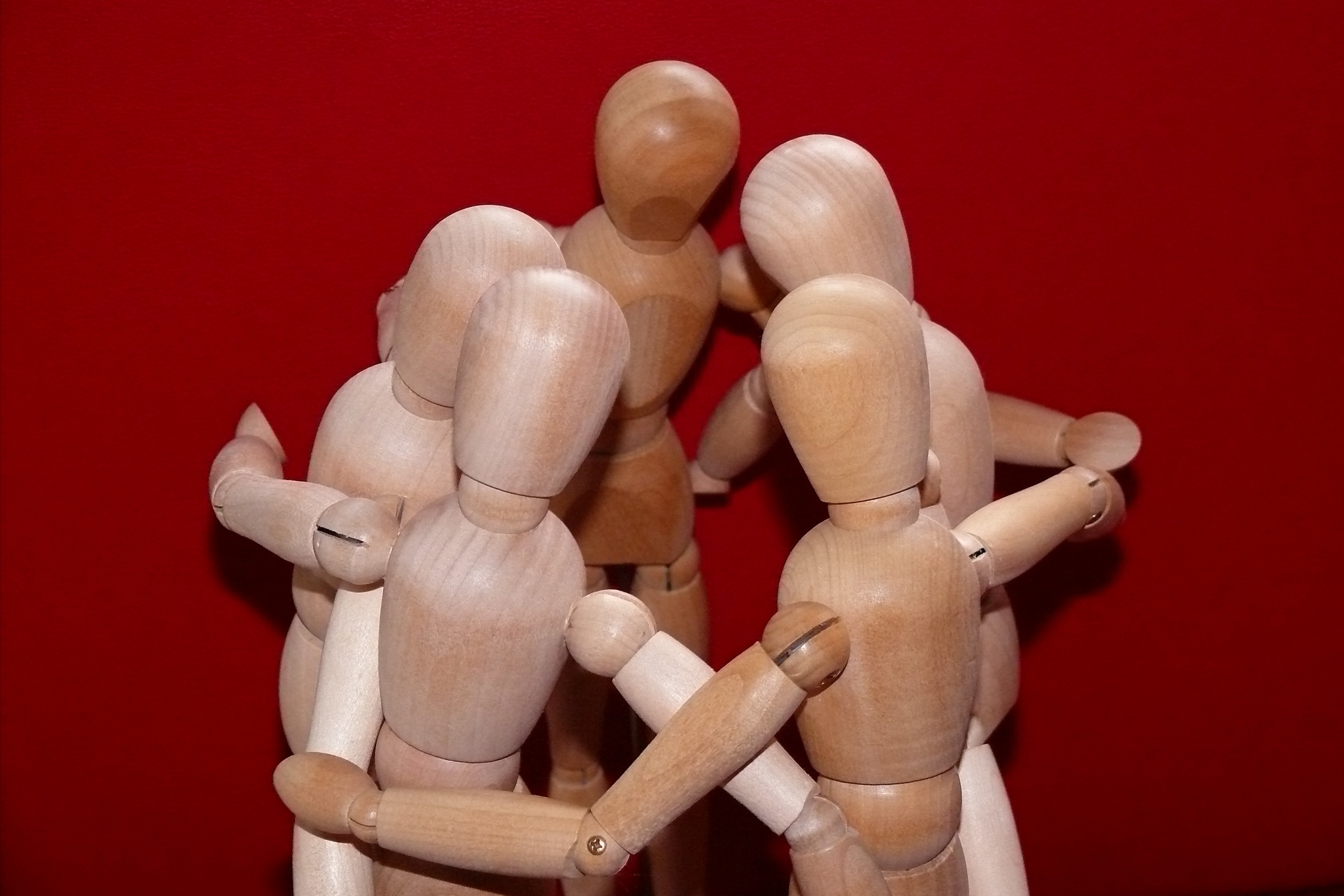 Natasha Phillips
Lay advisers have historically been met with suspicion and sometimes hostility inside the Family Court, but the judiciary’s latest Consultation on McKenzie Friends examining their status and place inside the system is the perfect opportunity to embrace this new form of assistance, and to acknowledge the part it is playing in shaping the future of family law.

Legal aid cuts, ongoing austerity measures and falling incomes have all contributed to the stark rise in families representing themselves during the life of their own cases. That the majority of parties in the family courts will be self-represented, or Litigants in Person, has become an accepted inevitability, with the judiciary scrambling to modernise and simplify the hearing process in part to accommodate parents without solicitors or barristers to assist them. At the same time, lay advisers, sometimes referred to as McKenzie Friends, have started to fill the representational gap by offering guidance, support and advocacy to families unable to afford conventional legal help or meet the narrow criteria to access legal aid. This change inside the courts has not gone unnoticed by the judiciary who, concerned that this kind of support unchecked could lead to abuses, published a consultation in February 2016, which makes several proposals.

Replacing the term ‘McKenzie Friend’ with the term ‘Court Supporter’

The language used to describe lay advisers is hugely important. Any term which seeks to isolate lay advice from conventional advice, whilst well meaning, would create an unwelcome apartheid within a society which views legal representation as a fundamental right. In the eyes of the law, all representation is viewed as equal, regardless of whether a lawyer is newly qualified or has been practicing for many years. The same must apply to the McKenzie Friend sector, which, like the legal sector, is made up of individuals with differing levels of experience and qualifications.

The term ‘Court Supporter’ could also be viewed as derogatory by lay advisers themselves and could lead to McKenzie Friends being treated as second class citizens within the court arena. Whilst their level of training and path into advocacy may differ to that of conventional lawyers, McKenzie Friends are still required to abide by the current codes of conduct in place, to prepare and present evidence to the court and when granted rights of audience, to speak before a judge and present their client’s case. Some McKenzie Friends have had extensive experience in court with their own cases and are often better versed in procedure and law than junior lawyers. To classify McKenzie assistance as support rather than a service, even indirectly, does not take into account the nuanced world of the McKenzie sector.

Legal assistance in whatever form it takes is a cornerstone of our justice system and lay advice deserves to be viewed as a welcome addition of equal worth to conventional representation. There is merit though in initially allowing a distinction to be made between advisers who do not work for a law firm or chambers, and those that do. However, that line also appears to be blurring, with solicitors taking on dual roles as both McKenzie Friends and conventional lawyers, offering essentially the same services but restricting that service and lowering costs for parties opting to hire the lawyer in their capacity as a McKenzie Friend. This is an important area the Consultation should also seek to address, as this conscious limitation on services offered as part of a McKenzie package could lead to clients being poorly represented in the short term and create potential miscarriages of justice in the long term, a working practice that does not exist amongst original lay advisers. A term like 'Court Adviser' or 'Lay Lawyer' then, could perhaps be used instead of McKenzie Friend.

This section of the Consultation makes several proposals which include replacing the present Practice Guidance with Rules of Court, implementing different standards for granting rights of audience for Family Court applications and civil applications, and creating a Code of Conduct for McKenzie Friends.

In line with an inclusive and supportive approach to lay advice, replacing the current Guidance with Rules of Court would ensure that McKenzie assistance is further embedded into mainstream representation and would allow judges and other parties to proceedings to familiarise themselves with lay representation, too. Increased familiarity would help to tackle suspicion and the sometimes visible irritation the presence of a McKenzie Friend can cause in court, despite there being no conclusive evidence that LiPs and their advisers cause delays inside the system.

McKenzies can also seek out rights of audience, and as with court attendance, a process which clearly defines the grounds upon which a judge might approve or turn down such an application would be helpful, and democratic. Alternatively, as with lawyers, McKenzie Friends could perhaps be given automatic court attendance and rights of audience, denied only if the McKenzie refuses to conduct themselves properly during hearings. McKenzies could notify the judge beforehand that they wish to either attend and, or, speak before the judge and could offer the judge a CV or information on which McKenzie group or association they work for, if any.

A universal code of conduct and working guide for McKenzies, written in plain language, which clearly defines what McKenzie Friends can do, how judges should treat them, and the process by which lay advisers can come before the court and seek out rights of audience, is another alternative. Taking inspiration from the current guidelines, allowing McKenzie Friends who wish to attend court to ask the judge’s permission beforehand is one way of ensuring McKenzies are included in the process and know where they and their clients stand, preferably in good time should the client need to seek out another McKenzie Friend or be briefed by their current lay advisor should they have to attend court without them. Guidelines for judges too, on how they might approve such an application would be welcome so that lay advisers can understand why their application may have been turned down, and to ensure transparency in the process.

Coming to a location near you!
£129
View product
The Guide could perhaps be called 'The Lay Lawyers Handbook', and be divided into the following sections:

Chapter 1 - From McKenzie Friend to Lay Lawyer: A Brief History
This chapter could briefly outline the history of the McKenzie Friend, the developments in the sector both legal and cultural, and the current status of these advisers at the time of publication.
Chapter 2 - What is a Lay Lawyer and What Can They Do?
This chapter would offer a working or official definition for ‘lay lawyer’, and the different services they can offer, which Rules apply to them and where those rules can be found, both online and within the Handbook. This chapter could also outline what lay lawyers can expect from judges, solicitors and barristers who may be representing other parties in the case, for example any rights to reasonable assistance from the court and lawyers involved in the case.
Chapter 3 - From Client To Case Hearing: Notifications Timetable
This chapter would offer a working timetable for lay advisers. From alerting the court to their involvement with a case, to seeking rights of audience, this section would give lay advisers clear and easy to follow guidance on when they need to notify the court of specific events, what forms they might need to fill out and what kind of information they will need to provide.
Chapter 4 - Lay Lawyers’ Code Of Conduct
As the title suggests, this chapter would provide a code of conduct in full.
Chapter 5 - Directory of Lay Lawyers
In keeping with the Family Court’s drive towards transparency, the government, or an independent body, could create a free online directory of lay lawyers which also includes a client feedback section. The directory might include the CV of each lay lawyer, the cases they’ve worked on if in the public domain and the details of any organisation they represent. Client feedback is crucial, and could be monitored by whoever is tasked with looking after the site in order to ensure feedback does not breach any laws, or reporting restrictions.
Chapter 6 - Resources
This final chapter could offer lay lawyers links or details to resources, such as government websites linking to family law matters, useful resources on family law like BAILII and other free information.
This Handbook could be given to both lay lawyers and litigants in person, but the finer details will vary when considering the final proposal, which focuses on whether or not lay lawyers should be able to charge for their services. The consultation proposes that lay advisers should not be able to charge for their services at all. This proposal takes inspiration from Scotland’s current policy, which prohibits the recovery of expenses and fees for such advice. Setting aside the question of whether or not lay advisers should be able to charge for their services, as this is something that practicing lay advisers should debate themselves, the less visible difficulty with this proposal is that lay advisers who do not charge for their time, but who rely on their clients to provide them with travel money and perhaps the cost of a meal if they spend the day in court would no longer be able to offer assistance if covering those expenses was not allowed. This could have devastating consequences for parties who might otherwise be able to have excellent support from experienced and talented lay advisers and would deepen existing concerns surrounding families’ right to a fair trial. Should the proposal to ban fee charging for McKenzie services be implemented, an exception allowing travel costs and food to be covered by the client would be a welcome exemption for many lay advisers who have given up their time to assist free of charge.

At a time when the cost of qualifying as a lawyer is at an all time high, and the family law sector continues to suffer under austerity, lay advisers may unwittingly have become the next generation of lawyer. Often working for free, with their own extensive experience of the system and with a strong sense of civic duty, McKenzie Friends are increasingly well placed to practice law and revitalise the Family Court. They are the lawyers of the future, and we should support them.
Share your views on McKenzie Friends and the proposed consultation on Twitter @JordansFamLaw and @Sobukira #familylaw