Lady Hale: a judge & her law 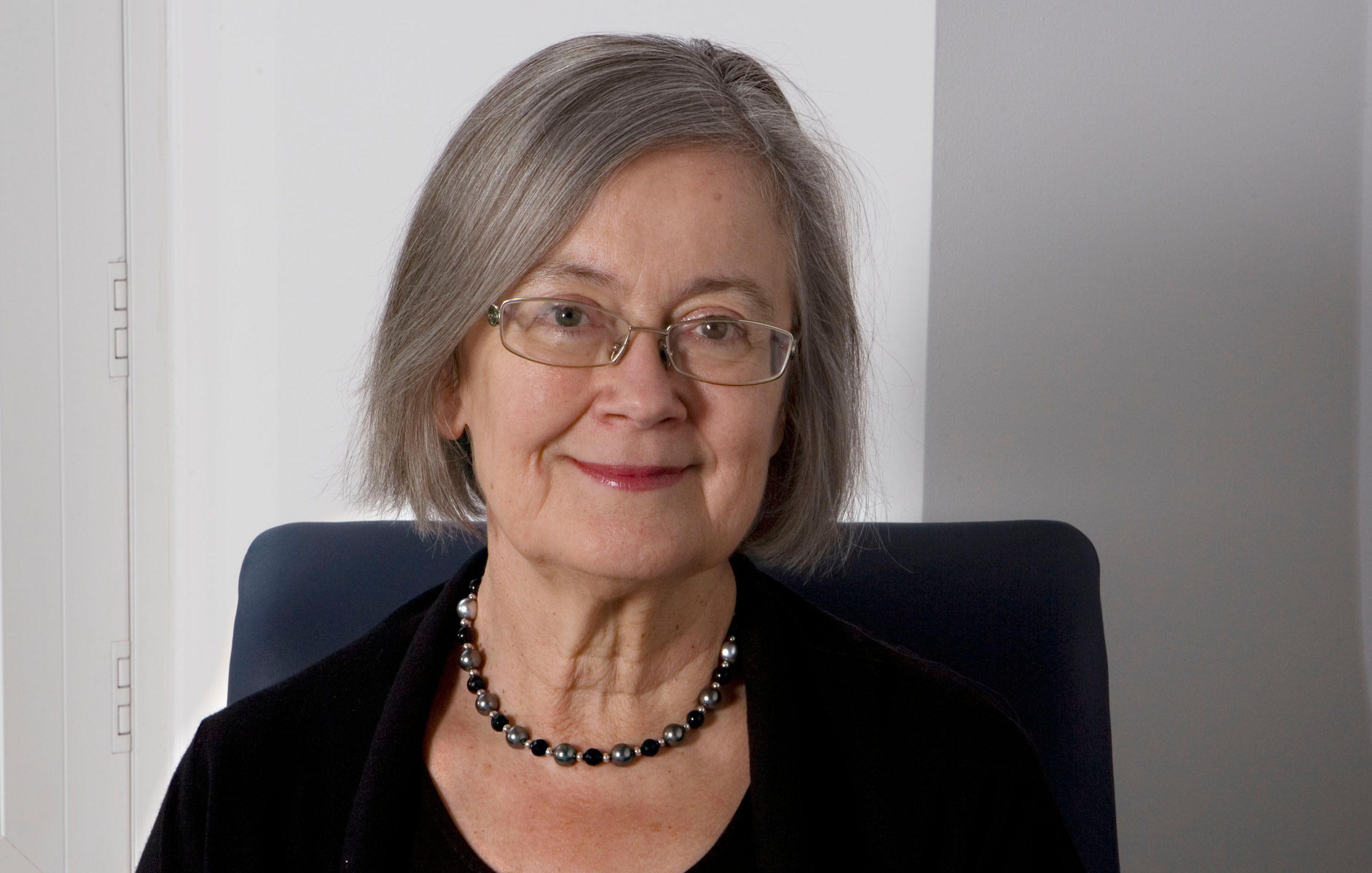 None of my cases before Lady Hale had much to do with children, but that is the area where her deep understanding of the law will be most felt now that she has stepped down as president of the Supreme Court. However, after her involvement with R (on the application of Miller) v The Prime Minister [2019] UKSC 41 (24 September 2019) I was truly astonished at the breadth of her scholarship and decision-making; so here, for the record, are my notes of an idiosyncratic best bunch of Lady Hale’s House of Lords/Supreme Court cases.

In R (Kehoe) v Secretary of State for Work and Pensions [2005] UKHL 48, [2006] 1 AC 42 Lady Hale was in a minority of one (this is the only case here where she was in the minority). The case said—harshly, I thought—that a parent could not sue privately for their child’s maintenance. The most she could do was to apply for judicial review if the Child Support Agency dragged its enforcement feet. Lady Hale started her dissent by recalling that maintenance is a child’s not an adult’s right: ‘[49] My Lords, this is another case… which has been presented to us largely as a case about adults’ rights when in reality it is a case about children’s rights. It concerns the obligation to maintain one’s children and the corresponding right of those children to obtain the benefit of that obligation.’

Re B (Care Proceedings: Standard of Proof) [2008] UKHL 35 [2009] 1 AC 11 [2008] 2 FLR 141 was the case in which Lord Hoffmann briefly explained burden of proof: ‘… The law operates a binary system in which the only values are zero and one. The fact either happened or it did not’ and so on. He and the other three Lords agreed with Lady Hale, who explained to the High Court judge that making decisions is what judges do. He had failed to decide who had abused the child and then recused himself from the case. Lady Hale continued: ‘My Lords, if the judiciary in this country regularly found themselves in this state of mind, our civil and family justice systems would rapidly grind to a halt.’ The task of making such decisions can be difficult, but ‘it must be performed without prejudice and preconceived ideas. It is the task which we are paid to perform to the best of our ability’.

Re D (Abduction: Rights of Custody) [2006] UKHL 51, [2007] 1 AC 619 represents—with Re W (below)—a pinnacle of Lady Hale’s contribution to child law jurisprudence; and it is characterised by her typically human touch. It concerned whether an eight-year-old Romanian child should be returned to Romania: ‘As any parent who has ever asked a child what he wants for tea knows, there is a large difference between taking account of a child’s views and doing what he wants. Especially in Hague Convention cases, the relevance of the child’s views to the issues in the case may be limited. But there is now a growing understanding of the importance of listening to the children involved in children’s cases. It is the child, more than anyone else, who will have to live with what the court decides… Just as the adults may have to do what the court decides whether they like it or not, so may the child. But that is no more a reason for failing to hear what the child has to say than it is for refusing to hear the parents’ views.’

In Re W (Children) (Abuse: Oral Evidence) [2010] UKSC 12, [2010] 1 WLR 701 Lady Hale considered whether, in care proceedings, a 14-year-old girl should be called to give evidence. The judge had said no. The Court of Appeal felt bound by authority to say no also. Lady Hale’s judgment reversed earlier law and made it clear that children can give evidence, depending on the circumstances. She traced the variety of alternative forms of taking evidence in children proceedings and concluded that there are two factors as to whether a child should give evidence: ‘ …the court will have to weigh two considerations: the advantages that that will bring to the determination of the truth and the damage it may do to the welfare of this or any other child…’. Guidelines in relation to children giving evidence in family proceedings of December 2011 [2012] Fam Law 70 followed this case; but nearly ten years later children law is no further forward than such modest guidance.

Re A (Sexual Abuse: Disclosure) [2012] UKSC 60, [2013] 2 AC 66 saw Lady Hale give the court’s judgment: ‘We are asked in this case to reconcile the irreconcilable’ of an adult witness who was wanted to give evidence in private proceedings about sex abuse she said she had suffered at the hands of a father; but where she said she could not psychologically face giving evidence. The Supreme Court said that the Court of Appeal must reconsider their decision to permit her not to give evidence.

Lady Hale’s jurisprudence is not only in children cases. In Kerr v Department for Social Development (Northern Ireland) [2004] UKHL 23, [2004] 1 WLR 1372 she cannot long have arrived in the court; and she gave the main speech with which the other lords agreed. Was Mr Kerr entitled to the death benefit for his estranged late brother? The DSD said no as there were other relatives who could bury him. The Lords said Mr Kerr was entitled. Lady Hale’s judgment started: ‘We all have an interest in securing the decent burial of a dead body. It is disrespectful, as well as a hazard to public health, if this is not done in a prompt and seemly manner. Hence there is a common law obligation, “in the nature of a public duty”, to arrange for this….’

R (D (A Minor)) v Camberwell Green Youth Court [2005] UKHL 4, [2005] 1 WLR 393 saw Lady Hale—with one Kier Starmer QC for D—considering the provisions of Youth Justice and Criminal Evidence Act 1999, Pt 2 (protection as witnesses for children and vulnerable individuals). In the course of her—the main—judgment she provides an excellent introduction to this part of the Act. The outcome was that the provisions of the Act that protected witnesses from seeing the defendants was not incompatible with their rights to a fair trial. Their appeal was dismissed.

In Yemshaw v Hounslow London Borough Council [2011] UKSC 3, [2011] 1 WLR 433 the Supreme Court considered ‘domestic violence’ in the context of homelessness. Lady Hale looked at the words in the Housing Act 1996, s 177(1A) and explained that ‘domestic violence’ and its meaning, in that context, was a matter for the courts not government bodies. ‘Violence’ was not a term of art with a specific meaning.

Therefore, she continued: ‘[Domestic violence] is capable of bearing several meanings and applying to many different types of behaviour. These can change and develop over time. There is no comprehensive definition of the kind of conduct which it involves in the Housing Act 1996: the definition is directed towards the people involved… [In this case] the purpose is to ensure that a person is not obliged to remain living in a home where she, her children or other members of her household are at risk of harm….’

Dunhill v Burgin (Nos 1 and 2) [2014] UKSC 18, [2014] 1 WLR 933 deals with capacity to conduct litigation, and the meaning of capacity under the Mental Capacity Act 2005. It contains one of my favourite Hale lines, ‘[No court rules] can change the substantive law unless expressly permitted so to do by statute: see Re Grosvenor Hotel Ltd (No 2) [1965] Ch 1210’ (per Lord Denning MR); and this can easily be applied to Family Procedure Rules 2010. Rules do not create law: they regulate how it is applied.

PJS v News Group Newspapers Ltd [2016] UKSC 26, [2016] AC 1081 was the case of PJS’s ‘three way’ with a sexual partner and their boyfriend. They planned to sell the story to the newspapers. PJS had two children with YMA, with whom he lived. The Supreme Court confirmed the gagging injunction pending a final hearing; and Lady Hale added her backing to this by asserting the importance of children’s privacy: ‘It is simply not good enough to dismiss the interests of any children who are likely to be affected by the publication of private information about their parents with the bland statement that “these cannot be a trump card” [as the judge below had done]. Of course they cannot always rule the day. But they deserve closer attention than they have so far received in this case.’

This was for two reasons: first their privacy interests of their own; and second attention to the ‘paramount interests of children under 16’ was part of the editor’s code (per the Human Rights Act 1998, s 12(4)).

I only appeared twice in Lady Hale’s court. The first time she was Hale LJ. She gave the judgment in Re C (Legal Aid: Preparation of Bill of Costs) [2001] 1 FLR 602 in a decision about costs rules shortly after the introduction of the Civil Procedure Rules 1998. How she defined the making of practice directions has been cited since in Secretary of State for Communities and Local Government v Bovale Ltd and anor [2009] EWCA Civ 171, [2009] 1 WLR 2274. I can remember the twinkle in her eye when she said to me that a provision was a ‘Henry VIII clause’. ‘[Civil Procedure Act 1997] s 4 contains what was formerly known as a “Henry VIII clause”. Section 4(l) allows the Lord Chancellor by order etc,’ she said in her reserved judgment; and here we are now with Brexit, and Henry VIII clauses thick around us.

In Smith v Secretary of State for Work and Pensions [2006] UKHL 35, [2006] 1 WLR 2024, I represented a child support father, the first solicitor advocate to lead in the Lords (I am told). Lady Hale was one of the three Lord/Lady majority against Mr Smith. Each time she came into court she acknowledged me with a brief nod (we had met a few times over the years: her acknowledgement was a human touch). The case is known as the main reason for changing the law for assessment of child support maintenance from net income to gross income since 2014.

The above smattering of cases gives an idea of the massive breadth of Lady Hale’s development of law. The Miller/Cherry case also shows how absurd it is that a judge should be lost to us when she is still at the top—or yet to achieve the top—of her game (if she still wishes to go on).

This article was first published in New Law Journal and is reproduced with permission.