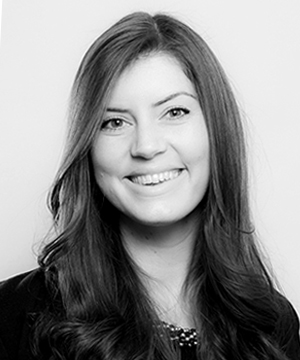 Laura Naser
Associate
Today (17 November 2015) the Supreme Court, comprising Lady Hale, Lord Wilson, Lord Reed, Lord Hughes and Lord Toulson, will announce its judgment on a father's appeal about whether the courts of England and Wales had jurisdiction to make an order for the return of a child (S) to Morocco, and whether that order should be upheld.

This case concerned an 8-year-old child, born in England in 2007, but who had lived in Saudi Arabia from 2009-2011 and in Morocco since 2011. It was heard by Black LJ in the Court of Appeal. The initial case had been heard in October 2014 by Wood J. This case has importance to an increasing number of modern-day parents who have children who might live or have homes in more than one country.

Both parents were Moroccan nationals and both also had British nationality. They married in Morocco in 2005 and subsequently divorced there in July 2012. An order had been made by the Moroccan court entrusting 'residential custody' to the mother and regular contact with the father. These arrangements worked well. Around January 2013, the mother left Morocco and moved to England, leaving S in the care of his maternal grandparents. She had formed a new relationship with a man who she married in January 2013 according to Islamic law.

Contact between S and his father continued as before. In September 2013 the mother flew back to Morocco, collected their child, and returned with S to England 2 days later. The father immediately commenced proceedings in Morocco complaining that the mother had removed the child without his consent and had prevented him from maintaining his parental relationship with his son. He sought an order granting him residential custody. The Moroccan court refused his application. It is unexplained why the father did not apply to the Moroccan court for an order for the return of S to Morocco instead.

The father then commenced proceedings in England in March 2014. At that stage, the child had been in England and Wales for 6 months and had started school, although he spoke almost no English. By the time of the hearing before Wood J in October 2014, S had been in the UK for 14 months. Wood J ordered that the child be returned to Morocco, saying: 'I have no hesitation that it is in S's best interests to return to Morocco where he was habitually resident for the courts of that country to adjudicate, if required to do so, on welfare issues relating to S'.

Article continues below...
The mother appealed Wood J's decision and sought to have it set aside. In her judgment, Black LJ identified significant gaps in Wood J's judgment, namely:

Habitual residence is a determining factor on whether the court has jurisdiction to hear a case relating to that child.

The question of who had jurisdiction had not attracted enough critical attention. If the English courts do not have jurisdiction then, very simply, no order can be made relating to that child. Jurisdiction is usually conferred by domestic legislation or together with EU law.

Black LJ's judgment involved a careful consideration of the 1996 Hague Convention, of Brussels IIa and of domestic case-law. Black LJ decided that England did not have jurisdiction to make the return order under 1980 Hague Convention as the UK has not accepted Morocco's accession to the Convention. She also found that England did not have jurisdiction under the Council Regulation (EC) No 2201/2003 (BIIR) in the absence of a finding that S had been habitually resident in the UK or another member state.

The order sought by the father fell within the scope of the 1996 Hague Convention, Arts 3(a) or (b) (see A v A [2013] UKSC 60). However, Art 5 conferred jurisdiction to the Moroccan courts because S was habitually resident there before his removal. The English court could only therefore make protective measures in urgent circumstances (Art 11). The father had delayed for 6 months before making his application in England and there was a further year's delay before the case was heard.

The protection required by the father was of the child's relationship with him, but the delays showed this was not an urgent issue; thereby determining that England did not have jurisdiction. Without jurisdiction, the inherent jurisdiction of the English court was not then available for Wood J to make the order her did. Wood J was wrong to order the return of S to Morocco.

Whenever a case has any connection to another country, it is vital to consider jurisdiction from the outset. The Supreme Court's judgment is expected to clarify the position on jurisdiction and, in particular, the interpretation of the requirement of urgency within Art 11 of the Hague Convention.
This article was originally published on the Pennington Manches website and has been reproduced here with kind permission.
Categories:
News