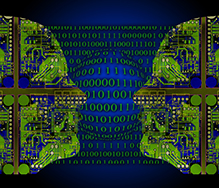 Analysis: The settlement between the world's richest man and his wife will be decided using the "community property" to divorce law in the U.S.

Jeff Bezos and his wife

Amazon CEO Jeff Bezos announced this week that he and his wife MacKenzie are seeking a divorce. The two were married in 1993 and have four children. Bezos founded the company in 1994, just after his marriage.

Bezos is considered to be the world's richest man, with an estimated worth of $112 billion. He also reportedly did not have a prenuptial agreement with MacKenzie. That means, following his divorce, his wife could become one of the world’s richest women.

There are two main approaches to dividing up marital property in the United States: “equitable division” and “community property.”

Most states utilize the common law, “equitable distribution” approach, where the default position is that each spouse holds their property during the marriage separately.

The distribution of assets depends not just on the financial contribution of each spouse, but also on a wide range of unpaid services to the partnership, such as homemaking, raising children and providing the emotional support to sustain the other spouse at work.

Read the rest of the NBC news article here

Divorce Day 2019: why are couples more likely to split up in January?
7 JAN 2019
Saudi women to be notified of divorce by text message
8 JAN 2019
Divorce may make MacKenzie Bezos world's wealthiest woman
10 JAN 2019

Divorce Day 2019: why are couples more likely to split up in January?
7 JAN 2019
Saudi women to be notified of divorce by text message
8 JAN 2019
Divorce may make MacKenzie Bezos world's wealthiest woman
10 JAN 2019