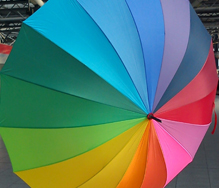 Israel's Supreme Court President Esther Hayut criticized the state’s position on surrogacy for gay fathers and said that the solutions that apply to women should also apply to men.

“This could be blatantly unconstitutional,” she said in a hearing on a petition filed by Etai and Yoav Pinkas-Arad that calls to amend Israel’s surrogacy law in a way that would allow gay men – both couples and individuals – an equal chance at parenthood.

The judges asked the state’s representative why there is a distinction between women with a medical problem – who can legally use surrogacy – and men. “Two people cannot bear a child, but one has a constitutional solution and the other doesn’t,” Justice Neal Hendel said to the state’s lawyer. Hayut added, “We are asking about a constitutional principle of equality, whether it is being undermined or not,” she said. “Why are women allowed and men not?”

The state’s lawyer argued that Israel’s surrogacy law is, “Very, very innovative, even from a global perspective,” but Hayut replied that, “Meanwhile, the world is running forward on surrogacy.” Court Deputy President Hanan Melcer added that the state’s remarks were inaccurate because Israelis were actually traveling abroad for surrogacy. “By your description, sir, people should be coming here,” he said.

Health Ministry Director General Moshe Bar Siman Tov presented the state’s position that expanding entitlement could lead to a demand for surrogates that would exceed the supply. “Does this justify disqualifying this group?” asked Hayut. “Maybe if they would be in the eligible group there would have to be a ranking of priorities. But why exclude them in advance from those who could be eligible for surrogacy in principle?”

Read the rest of The Haaretz article here