Is a properly completed TR1 definitive in a cohabitation dispute? 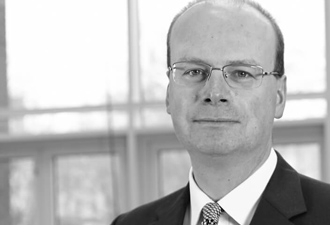 Gareth Schofield
Partner
‘Couldn’t help but make me feel ashamed to live in a land where justice is a game.’ (Bob Dylan, Hurricane)
While Bob was singing about deeper matters than who owned a share of another’s house at the end of an unmarried relationship, the above line sometimes has resonance to me when trying to explain to a former cohabitant how they may (or may not) have a claim over their former cohabitee’s property, when that property is jointly owned. It also arises when advising a client whether there is a way to absolutely bind a cohabitee so that no future claim can be made in respect of a property owned by one party in an unmarried relationship.

The three seminal cases of Stack v Dowden, Jones v Kernott and Oxley v Hiscock involving considerable judicial input at the highest levels were supposed to clarify the uncertainty that arose at the end of such relationships in terms of the beneficial ownership of property. However, as we can see from Andrew Commin’s article on inference and imputation, the result has been a rather unsatisfactory series of reported cases with inconsistent rules and approaches. The more you dig into the case law the less clear it becomes.

At the time of writing in the middle of September, the Cohabitation Bill slumbers in the House of Lords with no imminent prospect of arrival. It is well worth reading however, as it does deal with opt out agreements, of which more below. Hopefully, practitioners are now looking at its guidance in drafting their cohabitation agreements and referring to them in the event (possibly unlikely) that the legislation ever comes into force. In the meantime, the lack of clarity remains and provides fertile ground for the lawyers, at the expense of the clients. This article will look briefly at – and (will not) clarify –
No absolute right answer is found and your views are invited from both Andrew and me as to where you think we are wrong or right.
The full version of this article appears in the October 2016 issue of Family Law.

For details on how you can subscribe to Family Law or any other titles, please contact a member of our sales team: Tel 0117 917 5100, or email: editor@jordanpublishing.co.uk