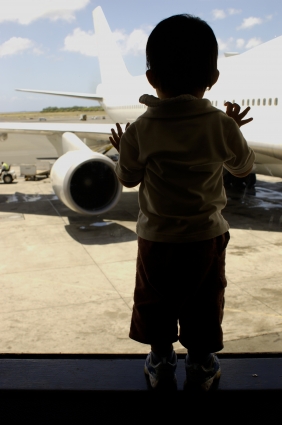 The case has a complex history with litigation dating back to 2009. T was found abandoned in a temple in Nepal in 2005. Her date of birth was unclear but she was eventually issued with a birth certificate stating her birthday as 13 August 2005. An extensive search for T’s birth parents and relatives undertaken by Nepalese police, was unsuccessful. The parties (who were British) were introduced to T shortly after her move to an orphanage in Kathmandu. The parties adopted T in accordance with the law of the Federal Democratic Republic of Nepal on 28 July 2008. At this point the parents brought T to live with them in Dubai where they had lived for several years. Shortly after her arrival in Dubai T was granted British Citizenship on 16 September 2008. It would appear that marital problems arose shortly after the adoption and litigation concerning T has since taken place in the UK and Dubai.

The mother now lives in England and the father continues to reside in Dubai. The final decision of the Court of Cassation in Dubai was that neither party was the legal parent of T. The father was awarded custody of T as her guardian under UAE law and T was reported to be settled and happy in Dubai. Following this decision the mother commenced wardship proceedings concerning T in England. MacDonald J’s earlier judgment in the proceedings (reported as QS v RS (No 1) [2015] EWHC 4050 (Fam)) confirmed the High Court’s willingness to exercise jurisdiction over T with both parties’ agreement.

The purpose of the most recent hearing was to determine an application for T’s adoption to be recognised in England and the mother’s application for an order that T live here with her. The welfare issues in the case are not explored in depth in this article.

The law on recognition of foreign adoption is well settled. Adoptions that take place within a country that is a signatory to the ‘1993 Hague Convention on Protection of Children and Co-operation with respect to Intercountry Adoption’ can be automatically recognised in England. As T’s adoption took place before Nepal was a signatory to the convention her adoption was not a ‘convention adoption’.

The Adoption (Recognition of Overseas Adoptions) Order 2013 provided a list of designated countries from which foreign adoptions may be automatically recognised in England. Nepal does not feature on this list nor its previous incarnation so T’s adoption could not be classed as an ‘overseas adoption’. Nepalese adoptions are in fact currently subject to a specific special restrictions (Special Restrictions on Adoption from Abroad (Nepal) Order 2010) pursuant to the Children and Adoption Act 2006 as a consequence of a report published by the Hague Bureau in 2010 that found that Nepal had insufficient procedures in place to establish whether a child is adoptable.
Common law was therefore the only route that could be taken to recognise T’s adoption. In Re T and M (Adoption) [2011] 1 FLR 1487 and Re R (Recognition of Indian Adoption) [2012] EWHC 2956 (Fam) Hedley J set out the criteria for recognition of a foreign adoption as:
The key issue in this case was the issue of domicile (see condition (1) above). It is long established from the case of Re Valentine’s Settlement [1965] 1 Ch 831 that an adoption made in another country will be recognised so long as it was valid in the law of that country and, at the time of adoption, the adopters were domiciled in that country. It was clear from the evidence that these parents were neither domiciled nor habitually resident in Nepal at the time of the adoption.

The case of Re R (Recognition of Indian Adoption) (above) also involved a debate over the issue of domicile. In that case, the father alone was held to be domiciled in India at the time of adoption. Consequently it is authority for the proposition that one parent needs to be domiciled and/or habitually resident in the country where the adoption took place.

MacDonald J pointed out at para [82] of his judgment that it was not for him to decide whether the decision in Re Valentine’s Settlement was wrong, but rather whether there was a ‘permissible reason’ for not applying the domicile principle. In the present case MacDonald J concluded that the facts of cases were sufficiently different to render the case distinguishable.

Both parties advanced an argument that it would be permissible to depart from Re Valentine’s Settlement when its application would result in a breach of the parents’ and child’s Art 8 right to private and family life.

This argument had previously been advanced, with success, in the European Court of Human Rights. In the case of Wagner v Luxembourg [2007] ECHR 76240/01 the ECHR found that Luxembourg’s refusal to recognise an adoption that took place in Peru constituted a violation of Art 8. The refusal to recognise originated from the fact that the parties had failed to comply with a condition under Luxembourg law that a mother had to be married before undertaking a full adoption. The European Court of Human Rights concluded that the statutory restriction was a clear interference with the parents’ and child’s Art 8 rights.

Notwithstanding the ECHR’s ruling in Wagner a previous attempt to advance an Art 8 argument in support of an application for recognition of a foreign adoption in the English High Court had been unsuccessful. The circumstances of A County Council v M and Others (No 4) (Foreign Adoption: Refusal of Recognition) [2013] EWHC 1501 (Fam) were dramatically different to the facts of this case. In A County Council v M and Others the applicant mother had taken deliberate steps to evade automatic recognition under English law of her foreign adoption.

In line with the reasoning in Wagner v Luxembourg MacDonald J considered that he had to be satisfied that:
Having found all of the aforementioned conditions to have been satisfied MacDonald J concluded at para [103] that 'the strict application of the common law rule in Re Valentine’s Settlement in this case, with a concomitant refusal to recognise the adoption lawfully constituted in Nepal … would constitute an interference in the Art 8 right to respect for family life that cannot be said to be either necessary or proportionate and thus, would result in a court determining the application in a manner that is incompatible with the Convention right.'

MacDonald J made clear that his decision was in no way an attempt to turn the tables on Re Valentine’s Settlement. Despite that, this case will almost certainly open the door to further applications for recognition.

In reality the circumstances of this case are extremely unusual. In addition it is unlikely that a case of this nature will ever reach the Court of Appeal as all parties are very likely to be seeking the same outcome in proceedings of this nature.

Has Re Valentines Settlement and the domicile principle had its time in the sun? Will it ever be able to trump the right to private and family life? This remains to be seen.
You can follow Lauren on Twitter: @LaurenBovington
Categories:
Articles