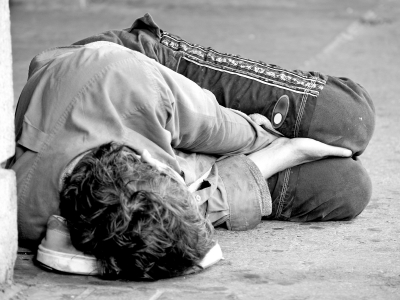 In a judgment given yesterday, Mr Justice Cobb has criticised the 'shameful' actions of two London councils which led to a vulnerable family – with two young children – being forcibly evicted on to the streets.

The family, known as AM for legal reasons, found themselves caught in a stand-off between Tower Hamlets council and Havering council, each claiming it was the responsibility of the other authority to find accommodation for the family.

When the family tried to get help from Havering they were turned away as Havering asserted responsibility lay with Tower Hamlets. During the subsequent stand-off between the two boroughs, the family were forcibly evicted from their temporary accommodation in Havering onto the streets for a day, followed by a move into emergency accommodation for a weekend whilst the legal wrangling continued between the two boroughs.

The family then launched a judicial review and obtained an order from the court for Havering Council to accommodate them pending the outcome of the judicial review.

Mr Justice Cobb, on giving judgment yesterday stated that: 'the strategy which each authority adopted…to avoid responsibility for AM and his family was shameful'. Mr Justice Cobb said:

'Persistent and endemic failures on the part of neighbouring local authorities to co-operate with each other in resolving such issues in individual cases have regrettably resulted in vulnerable families…being without support or services. It is unacceptable for the authorities simply to stonewall each other while attempting to offload their obligations.'

Similar conflicts between local authorities have become increasingly common due to the shortage of available housing and the housing benefit cap, resulting in boroughs seeking to house families in lower rent boroughs elsewhere. In a judgement which will affect how local authorities will have to treat similar cases in future, Mr Justice Cobb ruled that the local authority responsible for assessing the needs of children in these cases should be the borough in which the family were actually living (in this case Havering), and the local authority responsible for providing housing whilst an assessment of the children’s needs takes place, should be the authority that had placed them there (in this case Tower Hamlets). He also called for statutory guidance to be made available to local authorities to clarify which authorities are responsible for assessing the needs of children and the provision of housing in circumstances similar to this family.

'We are extremely pleased with the outcome of this judgment. With “out of borough” placements of homeless families becoming widespread, vulnerable families were finding themselves being batted to and fro between the placing and receiving boroughs when they tried to access services for their children from a social services authority. This judgment has clarified not only who should carry out an assessment of the family’s children’s needs but who should provide housing while that assessment takes place, meaning that vulnerable families are protected and housed during the process. We hope this judgment means our client’s appalling experience of being evicted while two Local Authorities argued about who was responsible for his family will not be repeated for other families in the future.'