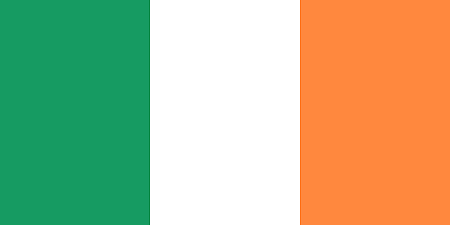 2018 saw part of Section 15 of the Mental Health Act 2001 being held to be unconstitutional in the Court of Appeal. The Court of Appeal found that the State had failed in its duty to vindicate an involuntary patient’s right to personal liberty by not securing an independent review of his detention. The Mental Health (Renewal Orders) Act 2018 was commenced in October 2018 to amend the maximum duration of a renewal order (6 months), and to include periodic reviews.

The High Court judgment of AC v Health Service Executive and Dr B [2018] IEHC 454 considered the appropriate standard of care to be delivered by treating and assessing psychiatrists to patients. It is, however, relevant to all disciplines. In this case AC’s husband took proceedings on behalf of his wife's dependents ie himself and their adult children under the Civil Liability Act 1961. Prior to committing suicide, AC had been admitted to the Emergency Department at University College Hospital, Galway following a significant episode of self-harm. She was discharged from that hospital on the next day. Her body was found by her daughters in the early hours of the following morning. It was held that AC was not afforded an appropriate standard of medical care. The High Court found that inadequate enquiries into risk of future self-harm were made by the Doctor. The High Court concluded that no medical practitioner of like specialisation and skill would have adopted a similar view, ie an informed medical practitioner would as a matter of probability have persuaded AC to remain an in-patient, thus making it probable she would not have killed herself.

The regulation of the termination of pregnancy

New standards in relation to special care units and children

In July of 2018 the High Court heard a Case Stated (The Adoption Authority of Ireland v The Child and Family Agency & Others 2018 No 33 SS) brought by the Adoption Authority of Ireland at the request of the Child and Family Agency for determination on the question of whether or not, where an application is brought to place a child for adoption where the birth parent and/or guardian is deceased, their consent is required or whether the High Court needs to dispense with that consent. In circumstances where there are some 6,000 children in foster care and in a significant number of those 6,000 cases the birth parents are deceased, to date the practice had been to bring an application to the High Court pursuant to the exceptional provisions of the Adoption Act as it was clearly not possible to get consent. Mr Justice McGrath in the High Court was of the view that where a parent or guardian is deceased, there are no specific provisions in the Act as to how and from whom any necessary consent might be sought but noted that from a practical perspective, the giving of consent under the Act indicated in the case of a deceased person would be very difficult to achieve. He indicated that he did not believe that the provisions of the Act related to consent were ever intended to apply to a deceased person. What this means for the Child and Family Agency is that it can now proceed with such adoption applications without the necessity of recourse to the High Court.

Developments in the health and social care sector in 2019

January 2019 saw the landmark Supreme Court decision of AM v Health Service Executive [2019] IESC 3. In dismissing the appeal, Judge MacMenamin found that the Court’s wardship jurisdiction is sufficiently broad to allow it to have been invoked in this case. AM was of "unsound mind” and was required to be in the Central Mental Hospital. The circumstances of the case meant that it was “necessary" and "appropriate" to make the Orders to vindicate the rights of AM and also to protect the rights of the public. The court held that the statutory regime provided for under the Mental Health Act 2001 does not override the court’s inherent Wardship jurisdiction. Brexit-related legislation is likely to be dominant in the coming months. In the UK, Sir Simon Wessly has carried out a Review of their Mental Health Legislation. One of his recommendations includes the equivalent of a Mental Health Tribunal having more involvement in the particular care plans for patients in approved Centres. It is likely that a similar review may be commenced in Ireland. 2019 will also likely see the Patient Safety Bill 2018, a bill to provide for mandatory open disclosure of serious reportable patient safety incidents, notification of reportable incidents, clinical audit, to improve patient care and outcomes and extend the Health Information Quality Authority remit to private health services, debated further.