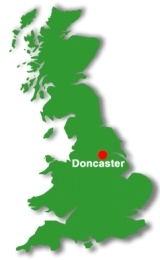 The government has taken the dramatic step of using statutory powers to intervene in Doncaster Council after an Audit Commission report identified a series of severe failings.

The report found that Doncaster's mayor, Peter Davies, the cabinet, its senior officers and some councillors were not capable of making improvements.

The government's decision to intervene in Doncaster comes in the wake of last August's court case involving two young brothers who violently attacked an 11-year-old boy and his nine-year-old nephew in Edlington, near Doncaster.

The two young attackers also aged nine and 11, were under the care of social services at the time.

The report concluded that "Doncaster Metropolitan Borough is failing".

"Those leading the council - the mayor and cabinet, some councillors and some officers - do not collectively have the capacity or capability to make the necessary improvements in governance.

"The council will not improve without significant and sustained support from external bodies," the report added.

The Audit Commission also said that local residents were "not well-served" by Doncaster Council because "the desire to pursue long-standing political antagonisms is being given priority over much-needed improvements to services for the public".

Doncaster's mayor said he hoped the council would now be able to move on and work together to rectify its problems.

"I have only been here for 10 months and what I want is a line to be drawn in the sand, for everyone in Doncaster to accept broadly the findings of this report, even if there are points of detail that we may all disagree with," Mr Davies said.

"This is a watershed moment in the history of Doncaster and we now have to work together, under my leadership as elected mayor, to make Doncaster a better place to live and work in with a council focused on serving its people rather than its own petty jealousies."