Good practice for lawyers towards litigants in person 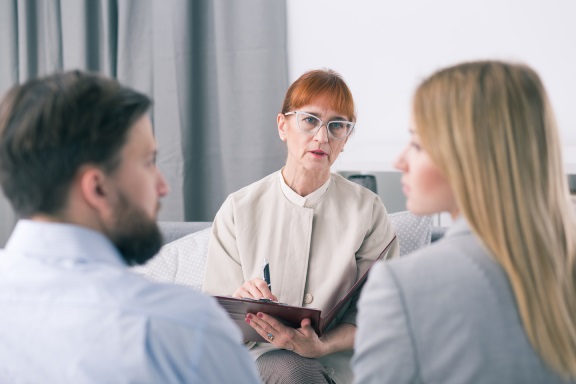 Despite there being a variety of reasons why someone may choose to represent themselves in the family courts – this decision isn’t an anomaly. Now only 20% of family court cases have both parties represented. It’s a trend we’ve seen grow in recent years.

Unrepresented parties in family proceedings are litigants in person (LIP’s) due to multiple factors. Usually it’s because they cannot afford to be represented, yet in the past they would have been eligible for legal aid - which now feels a distant memory. Comparatively some LIP can afford to be represented but choose not to so they can elongate the process, so their former partner incurs considerable expense to be represented. They taunt their former partner with the fact they are not spending any money other than the court fee (if they are the applicant). We also see the LIP’s who believe that family lawyers are just wanting to make money out of the sad circumstances of family breakdown. Others may take the view that they know what they are doing and do not need a lawyer. There is the well-known adage: anyone who represents themselves ‘has a fool for a client’.

Some LIP’s attend alone, and as lawyers who know the court process we can sympathise, understanding how terrifying it must be. Others choose the service of a McKenzie friend who is either a friend to provide support or someone who has set themselves up in business, although not legally trained, to attend court with LIP’s.

Whatever the reason the other party is unrepresented, as lawyers, we have a duty to be polite and to treat these people with respect. But how, as lawyers can we manage these difficult situations whilst still upholding the needs of our clients?

There has been a great deal reported about the increasing time the court are having to spend assisting LIPs. The court cannot provide legal advice but will often have to spend more time particularly if the applications have not been dealt with properly or there are repeated applications.

The particular concerns around LIPs that are raised are:

They argue irrelevant points – when emotions are involved points which are irrelevant are only going to inflame the situation and will take more time in court. The hearing may only be listed for a short time but once the numerous points have been argued the time overruns to the detriment of the other cases on the list who also deserve court time.

Do not know the law – They can have an expectation that the court will do something which in fact it does not have the power to do.

Applications – Sometimes make a number of applications which it would be better trying to avoid.

Court papers – What appears unfair to the person who has representation, their solicitor has to prepare the court bundles of the hearing and be the lead on drafting letters of instruction for experts and of orders.

Below I consider the guidance that is available for legal professionals when there is a LIP on the other side of family proceedings causing issues.

The starting point to bear in mind is the reason the other party is not represented. They may be exceptionally anxious which may be exhibited by distress or anger. What’s very important is that all written communication should be sensitively written and be focused on trying to resolve the issues with the welfare of the children uppermost. This also requires management of your client’s expectations by explaining that it may take a bit of time to resolve the issues.

As one would expect, Resolution has produced a number of relevant Guides to Good Practice around dealing with LIPs. The Guide to Good Practice on working with litigants in person was last revised in March 2018. Below I summarise some of the key points from the guide:

Divorce petitions – There should be an attempt to agree the petition particulars before these are sent to the court. This avoids the LIP feeling that they have been ambushed with a document which is untrue.

Service – If there is no private address for service it should not be to a place of work or when the children are going to be there.  Otherwise this could have a detrimental impact on the children and potentially make the proceedings more adversarial.

Children proceedings – Inflammatory language should be avoided. Lawyers need to consider carefully if there really needs to be a C1A alleging harm to the children. Once the papers go in, the LIP will have to respond and it may ruin the chance that the parents will be able to communicate in the future over childcare. This should not be used as a tactic to further one parent over the other to try to achieve that unpleasant term, ‘the primary carer’.

Agreements and consent orders – LIP’s do not always understand why the solicitor for their ex-partner is insisting on financial disclosure particularly if they have reached an agreement. It is important you communicate with your client about their options and what impact they will have, as well as being frank with the litigant in person about the disclosure process and why you are asking for it.

Contact at court – The LIP may be exceedingly anxious feeling out of their depth and alone. Contact can be beneficial because it will assist your client to find out what they want but also for the LIP to realise that you are not a monster. Sometimes they just need to be heard. Sometimes they have misunderstood and need an explanation. Sometimes they need to explain why they are making various points. You should be pleasant and listen to what they have to say.

Constant harassment – Sometimes a LIP frequently contacts you by phone or email. If they are rude and aggressive then it may be better to restrict all communication to email or letter.

Lay advisers – You need to check that your client agrees that you can deal with the lay adviser and also that the LIP is receiving all the information.

The judges have a difficult role because they have to appear fair to both parties and cannot advise the LIP’s. Sometimes it does appear unfair when a LIP will be allowed to get away with something which a legally trained representative would not. To manage the impact this is having In some courts the local universities are training law students to assist LIP’s with the completion of forms at the court. Some provide surgeries for LIP’s to get some advice about the proceedings. However many argue that it would be cheaper to reintroduce a limited amount of legal aid rather than the current pressure on the court system continuing.