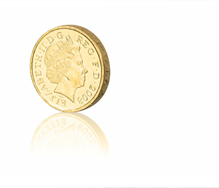 The full version of this article will appear in the June 2017 issue of Family Law.

Find out more or request a free 1-week trial of Family Law journal.


A Financial Remedies Unit in the Central Family Court in London under HHJ Martin O’Dwyer (FRU) has already been formed with seven courts and an administrative staff solely dedicated to financial remedies work and other courts (for example Manchester and Birmingham) have developed money lists within their structure.

In November 2016, Family Law published an article by HHJ Edward Hess and Joanna Miles entitled ‘The recognition of money work as a specialty in the family courts by the creation of a national network of Financial Remedies Units’ [2016] Fam Law 1335. That article identified some significant weaknesses in the way in which financial remedies cases are currently dealt with by the family justice system in England and Wales and suggested that the way forward was the formation of specialist financial remedies courts.

The President of the Family Division has now indicated that he favours taking steps straightaway to begin to create a national network of Financial Remedies Courts.

In the June issue of Family Law, HHJ Martin O’Dwyer, HHJ Edward Hess and Joanna Miles put forward a more detailed plan as to how the ideas suggested in the original article can be implemented.