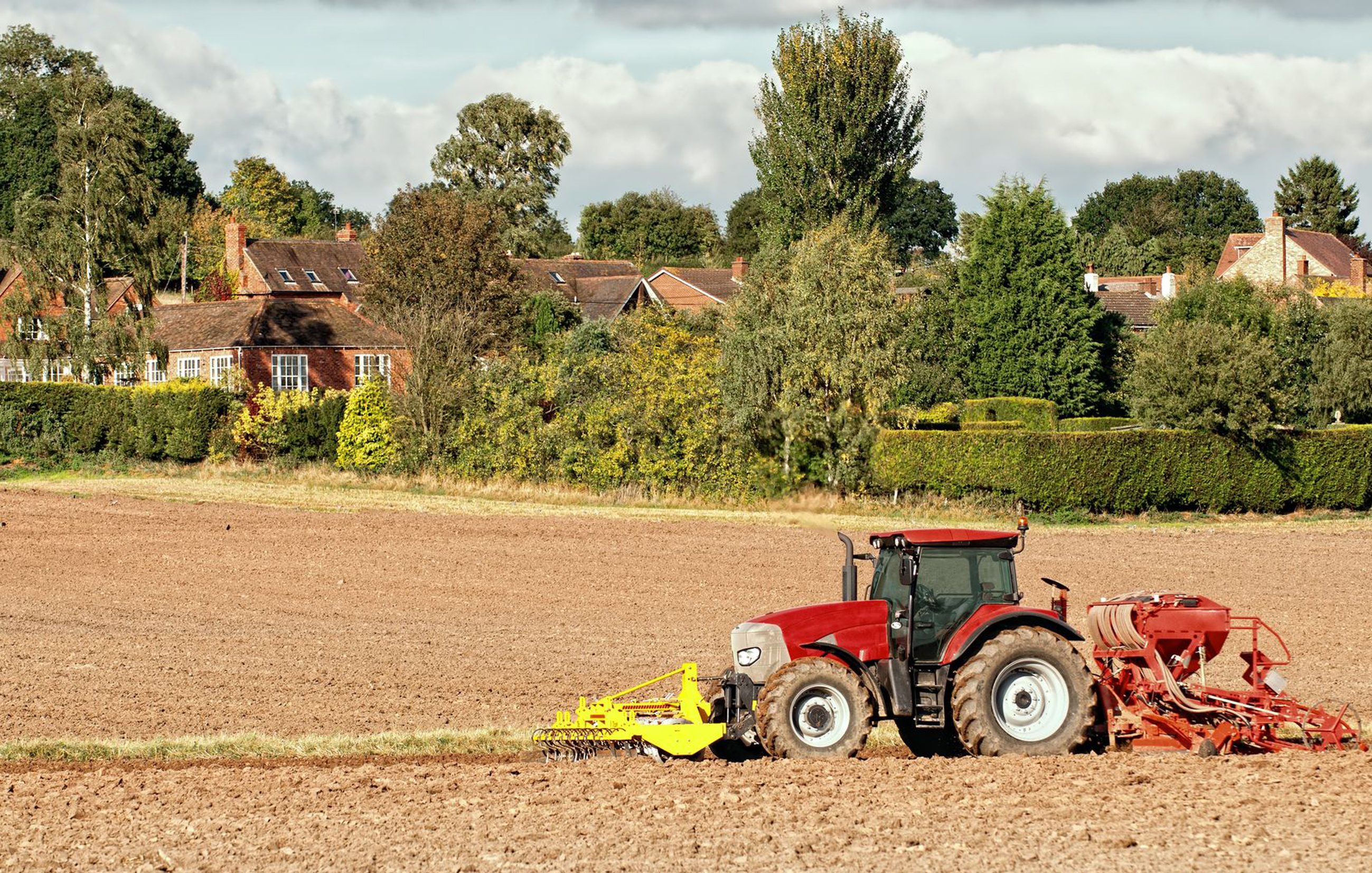 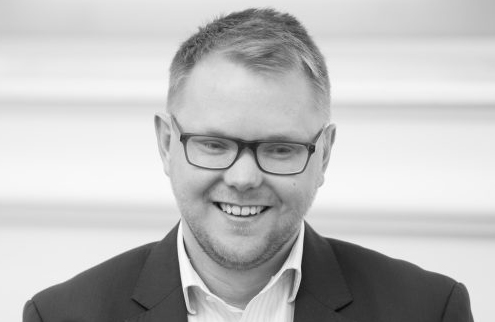 Ben Kinnear
Solicitor
In recent years there has been a procession of farming proprietary estoppel cases, the most famous of which was probably Davies v Davies [2016] EWCA Civ 463, [2017] 1 FLR 1286 with the claimant in that case capturing the media’s attention as the ‘Cowshed Cinderella’.

The case concerned a farm in Oxfordshire known as ‘Denham Farm’. The farm and the business are currently worth about £8m. However, if any significant part of the land becomes development land then it will be worth considerably more. In the meantime, the farm continues to produce mostly wheat and barley.

The first defendant, and original owner of the farm, was John Richard Gee (JR), who is now in his eighties. The second defendant was Robert Gee (Robert), one of JR’s three children.

The claimant was John Michael Gee (JM), another of JR’s children.

JM started working on the farm in the 1970s. He had worked there all of his working life, until 2016 when his employment was terminated, ostensibly for gross misconduct. Initially he lived in a caravan on site, but a few years later JR arranged for a house, ‘Baxters’, to be built on the farm, where JM has lived ever since.

JR owned the vast majority of the shareholding in the business and assets. In November 2014 he transferred all of his property and holdings to Robert. At the same time JR’s wife, Pamela, transferred her minority shareholding (the remainder of the shares) to JM. A dispute then ensued.

JM argued that, since when he was about 30 years old, JR repeatedly assured him that he would receive ‘the lion’s share’ of the farm. He said that he had relied on those representations to his detriment, essentially by spending his working life on the farm, working long hours for low wages.

JM provided six particular situations where he said he could remember that specific representations were made, including one instance where JR was said to have told JM that he could undertake certain building work on the farm ‘when it’s yours’.

The defendants denied JM’s claim entirely, denying that any assurances were ever made and, alternatively, that in any event JM had not suffered any detriment.
Article continues below...

Witness evidence is, invariably, vitally important to cases such as this.

The defendants’ barrister had criticised JM’s evidence, suggesting that is was self-interested, and that he had been guilty of exaggeration. JM’s evidence was certainly imperfect and, according to the judgement, JM was described by his own barrister as ‘a countryman without guile or sophistication who answered the questions readily without weighing up whether the answer advantaged him or not’.

Despite his faults, the judge found JM to be a truthful witness.

JM had a number of supporting witnesses, the majority of whom were deemed to be credible. This included his mother Pamela, who is also Robert’s mother and JR’s wife, and who must have been in a very difficult position. She gave evidence how it was understood that JM would inherit the farm. The judge found Pamela to be a truthful and impressive witness.

JR gave evidence to the effect that JM was a bad farmer, with Robert the better of the two, hence the transfer of the farm to him. JR denied making the claimed assurances to JM.

JR’s evidence was given confidently, and it was held that he obviously believed what he said. However, his evidence unravelled at the end of his questioning. Throughout proceedings, JM alleged that JR had originally wanted him (JM) to inherit the farm, but had later changed his mind. JR denied this, and claimed that it was not his intention at any point for JM to inherit the farm, and he maintained this position both in his witness statement and in his oral evidence.

However, at the very end of his questioning, when it was put to him that Robert and his wife, Helen, had persuaded him to change his mind and transfer the farm to Robert on the basis that the farm would be safer with them, rather than with JM, JR replied ‘And I should think so too, it’s about time’. This appeared to contradict his earlier denials.

JR’s barrister sought to put the discrepancy down to exhaustion: after all, JR, who is in his eighties, and who is hard of hearing, had been put through strenuous questioning for a prolonged period. The judge rejected this argument, and held that events, when combined with other evidence, had persuaded him the true position was that JR had previously wanted JM to inherit the farm, but had later changed his mind. As a result of these events, and especially JR continually stating a version of events which the judge held was not correct, the judge concluded that JR’s evidence was not reliable.

Meanwhile, of Robert, and his wife Helen, the judge was satisfied that they had not sought to give false evidence. However, for various reasons, including their lack of candour in certain areas, the judge held that their testimony could not be relied upon where it was adverse to the claimant’s case and uncorroborated.

As discussed above, the judge held that JR did originally want JM to inherit the farm, until he changed his mind. It was also held that JR’s views about JM’s ineffectiveness as a farmer were most likely a recent development and probably based upon Robert airing negative views about his brother. The judge was not satisfied that JM was a substandard farmer, as had been alleged, and indeed concluded that for many years he had been the ‘backbone’ of the business. Conversely, Robert had undertaken very little work on the farm until he began assisting with administrative tasks in 2012. It was only in 2014, when he took over the farm, that he began undertaking actual farming work.

Regarding the six specific representations which JM said were made to him, the judge held that two of them were effective representations on which it was reasonable for him to have relied. While the judge accepted that it was a thin basis for making a claim such as this, in the circumstances of the present case it was sufficient for the claim to have succeeded. It was also relevant that a number of family members were of the opinion that JM would inherit the farm: while this does not bear directly on the legal requirements, it nonetheless has an evidential value in demonstrating the veracity of the representations.

As to detriment, JM had alleged two kinds, namely:


The judge held that JM was being underpaid given his qualifications, experience and responsibility. Had he gone elsewhere he would have earned more money. Further, he was always on call, and expected to do whatever work was required. While this was normal in the context of a family business, JM would otherwise have been paid overtime rates. There was also the impact on JM’s family life.

The defendants argued that JM had been provided with his house, Baxters, however Robert had also been given a farm to live in, while he was not working on the farm. As such, it was held that Baxters was provided by way of a family obligation, and not as compensation for the work undertaken.

With that in mind, the judge held that JM had relied on the assurances to his detriment. In the circumstances, it was unconscionable for JR to resile on them, and thus the proprietary estoppel claim would succeed.

The legal test for the remedy is ‘the minimum equity to do justice’.

The judge held the quantifiable aspect of the detriment was probably around £180,000, a somewhat modest sum in the context of the value of the farm. However, the judge also held that an award of this amount would not be appropriate here: after all, JM had done what his father has asked for such a long period of time, and could not get the last 30 years of his life back.

With that in mind the judge held that the remedy should be based on JM’s expectation, rather than the detriment he suffered. This is a particularly important legal point, which arguably runs counter to the ‘sliding scale’ set out by the Court of Appeal in Davies v Davies and which could, conceivably, be subject to an appeal.

When considering the remedy, the judge suggested a series of transfers with the result being that JM would receive 52% of the shares in the business along with 47% of the land. However, these proposed transfers will involve non-parties to the claim, who the court does not have the power to bind, and thus further submissions shall be heard on this point. The judge concluded that a cash payment to JM would not be appropriate in the circumstances, despite the benefits that a ‘clean break’ would bring, given the potential for the land to increase substantially in value in the future.

The case succeeded despite some fairly nondescript and informal assurances. Such cases are possible, under the principle set out in the House of Lords case of Thorner v Major, but are difficult. Witness evidence is invariably vital, and the result in this case appeared to hinge on the apparently superior credibility of JM and his supporting witnesses over JR and Robert.

The case is also interesting given the judge’s difficulties in giving effect to the award he wished to make. It is a stark reminder of the limits of the court’s jurisdiction, and emphasises the benefits of mediation, where the parties can be much more flexible in finding a solution.

Finally, the judge held that in the present case the award should match JM’s expectations, rather than detriment. I agree with this: my view is that where a claimant has manifestly changed their direction in life it will often be inequitable to limit the award to the financial detriment they may have suffered, given that, as in this case, it would provide a disproportionate advantage to the defendant, who, after all, has unconscionably resiled on their representations.
This article was originally published by Hugh James
Categories:
Articles