Family migration & the highway through hell 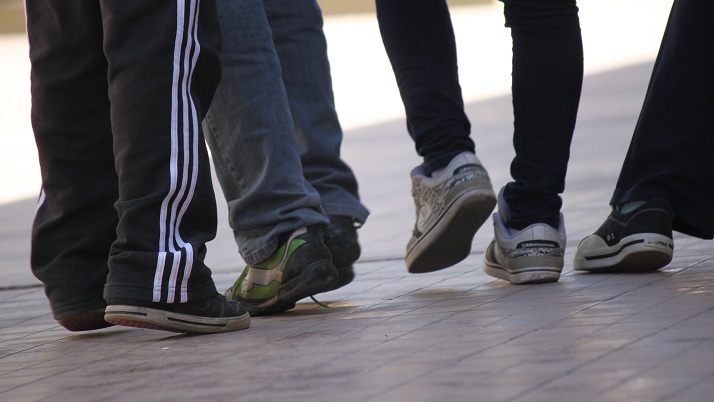 In a bid to promote the economic wellbeing of the country, the people with the least are given the most arduous and costly road to follow.

There is surely a special place in hell for the drafters of the immigration rules which govern family migration and private life applications in the UK. Most migrants who wish to come permanently to the UK have no idea about the tortuous rules which will govern their application and determine its success. In 2012 the rules changed, purportedly incorporating into their foundations, Article 8 of the Human Rights Act 1998, which protects a person’s right to private and family life.

The main changes saw the increase of the probation period for spouses from two years to five years, requiring a further application at the half way mark, and the introduction of the financial requirement.

The fee for an applicant coming to settle in the UK is a staggering £1,523 which does not include the Immigration Healthcare Surcharge (IHS) which is charged at £400 per year per applicant so £1,000 upfront to cover the initial 2.5 years of the probationary period; after 2.5 years applicants must repeat the process and pay the fees again, including the IHS.

The financial requirement requires the sponsor to be earning £18,600 per annum. This figure increases where there are non-British citizen children who are part of the application. Those who are in receipt of disability benefits and their carers are exempt.

Unfortunately, for many people this figure is unachievable. Stay at home parents, people who cannot work for health reasons but do not meet the threshold for disability benefits and those who work in full time positions but simply don’t earn enough—the list goes on. According to the independent factchecking charity Full Fact, as many as 41% of the British population fall below the income threshold and therefore don’t earn enough to bring a loved one to the UK on a Spouse Visa.

Appendix FM, introduced in 2012, has single handedly kept thousands of families apart since many people struggle to meet the threshold which does not take into consideration the earnings of the applicant at entry clearance. The Law Commission Consultation Paper No 242 Simplification of the Immigration Rules (21 January 2019) observed at 5.49: ‘Applicants must show genuine financial means of supporting themselves, their family members, and any dependants. If an applicant in substance satisfies that policy, but does not satisfy the prescriptive requirements of FM-SE, the application will fall to be refused. In due course, an amendment may be made to resolve an ambiguity or plug the gap.

‘5.50 This results in more complex rules, the detail of which frequently changes. The policy is to lay down, exhaustively and in detail, the evidentiary requirements for financial eligibility in Appendix FM-SE. Because only an omniscient drafter can anticipate every scenario which will occur in practice, and because facts on the ground change and evolve, this approach inevitably leads to frequent amendment of and addition to the Rules. Paragraph 10 of Appendix FM-SE seems to us to be a good example of one of the problems with the current Rules, which can be summarised as being that “detail begets detail”.’

In light of the above, it is no surprise that financial rules are accompanied by a 79-page guidance document to explain the nuts and bolts of the many highly prescriptive ways of meeting the financial requirements; even less of a surprise that when applicants try to do it themselves they get it wrong, with catastrophic affect.

Given that the new financial requirement stood to keep so many families separated, the lawfulness of the financial requirement was inevitably argued extensively in the courts. The Supreme Court finally concluded in 2017 that the rules were fair but that if an applicant could demonstrate ‘exceptional circumstances’ then ‘credible’ third party support such as a job offer for the appellant could be relied upon.

Frequently, the families who cannot meet the rules are those returning to the UK where the British sponsor is not the main earner. In these situations, the family in question is left without a remedy other than to plead ‘exceptional circumstances’. Only once this obstacle has been surmounted will the Home Office tackle the question of whether there is ‘credible’ third party support.

Unsurprisingly, ‘exceptional circumstances’ are so subjectively decided that little certainty of success can be afforded applicants who have no choice but to put their case forward on this basis. Paradoxically, there is no shortage of certainty that when the Home Office is presented with even a moderately complex case, it will be refused.

An applicant must be fully prepared and advised in these circumstances that their case is likely to be refused; they will have to throw themselves at the mercy of an immigration judge. They must be prepared for a lengthy battle. 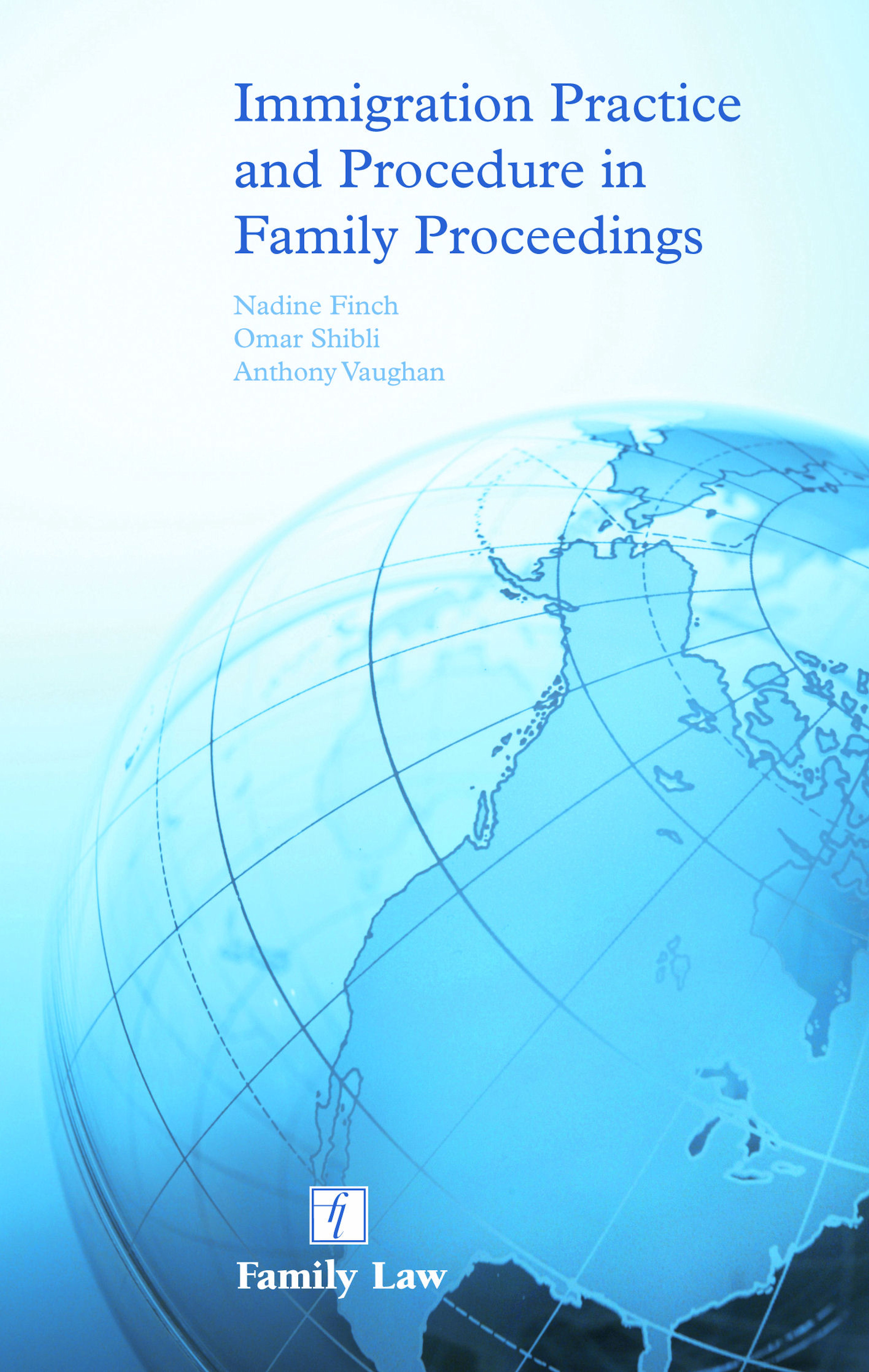 The appeal process is protracted and unforgiving. It normally takes over a year for a case to conclude; an unjustifiable amount of time for families to be separated, with no guarantee of success. Since 2012, appeals against Appendix FM refusals can only be brought on the basis that the family’s human rights have been breached. Given that the right to family and private life is now incorporated into the rules, immigration judges often disingenuously conclude that an applicant’s rights have been breached, only when the financial requirement is satisfied. Conversely, if the financial requirement has not been met the case stands to fail on human rights grounds.

The Home Office uses two commercial partners, VSFGlobal and TLS to assist them with the processing of applications. The poor level of service and lack of clear and accurate information provided goes to compound what is an already stressful experience. It is often not clear where the documents go or whether it is sufficient to send scanned copies. The online platforms seem permanently beset with technical problems which can only sometimes be resolved with time consuming email exchanges.

Applicants who meet all the requirements are placed on the five-year route to settlement which means that after 2.5 years they must extend their leave in this category for another 2.5 years before becoming eligible for settlement.

Those who have their cases decided on the basis of ‘exceptional circumstances’ are placed on the ten-year route to settlement.

In a bid to promote the economic wellbeing of the country, the people with the least are given the most arduous and costly road to follow.

You might think that everything is plain sailing once a migrant has actually been living in the UK for five years. Not so, if an application for Indefinite Leave to Remain is refused the applicant is often placed on the 10-year route—if for example they have failed to submit the correct financial evidence. The rules dictate that an applicant must have been in the UK for 60 months prior to being eligible to apply for Indefinite Leave to Remain. However, if you are placed on the 10-year route, the Home Office interprets this to mean that you will not eligible to apply for settlement for another five years even you subsequently meet all the rules.

This is a typical extract from a refusal letter telling a migrant who is married to a British citizen that she cannot be granted settlement even though she has already lived in the UK for more than five years and now meets all the requirements: ‘As you have only previously been granted three periods of leave to remain on the basis of your family life under R-LTRP.1.1.(a), (b) and (d), you do not meet the above requirements. You are required to have completed 120 months with limited leave to remain granted under R-LTRP.1.1(a), (b) and (d), before applying for indefinite leave to remain.’

In this case the migrant in question is happily married to a British citizen; they have a British citizen son. The sponsor is in a well-paid job with Toyota. They are understandably frustrated and angry by the convoluted process. Decisions like this seem arbitrarily punitive and cruel. In these instances, a migrant is consigned to double the time with precarious immigration status and will continue to pay the IHS for the duration of the extra time.

Appendix FM is a spiderweb of intricate codes, the result of which appears to be that nobody, not least the people making the life changing decisions, understand how to apply them.

Trapped like flies in the web of rules, applicants, often with no right of appeal, can only start the process of challenging the decision by way of judicial review. For people who are simply trying to live their lives in peace, these outcomes are a crippling reminder of their fragile status in the UK. The financial burden of making the application is great and the cost of further challenges overwhelming and prohibitive.

Frequently these decisions are challenged by way of a Pre-Action Protocol letter only for the Home Office to regurgitate the original decision in a reckless display of incompetence.

The treatment of migrants in the hands of Home Office staff who unwittingly grapple with the Kafkaesque rules and guidance highlights a significant departure from the Rule of Law.

The greatest irony is that the changes to the rules that purportedly incorporated a person’s right to family and private have kept so many more families apart. Thousands of families simply cannot meet the financial requirement with the result that partners are kept apart and children are growing up without both their parents.

The Home Office has a duty to consider the best interests of children in the UK as a primary consideration. But Article 8 of the Human Rights Act 1998 is a qualified right meaning that a balancing process has to take place. The legitimate objective of the UK government to maintain its borders is pitched in an unequal fight against the wish for British citizens and those settled to live in the UK with their migrant partner and children. If you can’t pay then you lose—simple as that. The Home Office will argue that your family life can continue somewhere else.

The narrative in some parts of the media heralds this restrictive approach to immigration as fair, just and necessary. However, it could be argued that these types of rules create a false economy given the UK labour market needs people who are willing to undertake low skilled jobs. This will be especially relevant if Brexit happens as EU migrants will become subject to the same entry clearance requirements; undoubtably, many will leave, increasing the need for more multiskilled workers.

Over time the immigration rules have evolved, ever more reflecting the policy makers’ obsession with the idea that migrants should contribute financially; that they should pay their way and cost the UK nothing. From costly entry clearance applications and the IHS which deals with the apparent threat of ‘health tourism’, the financial status of people is more important than the human cost of families being separated. This cannot bode well for a country which has an ever-increasing need for workers at every level. As Brexit looms and the UK will require EU citizens, who believed that they had been settled for years, to apply to remain, none of this seems very forward thinking.

This article was first published in New Law Journal. Reproduced with permission.