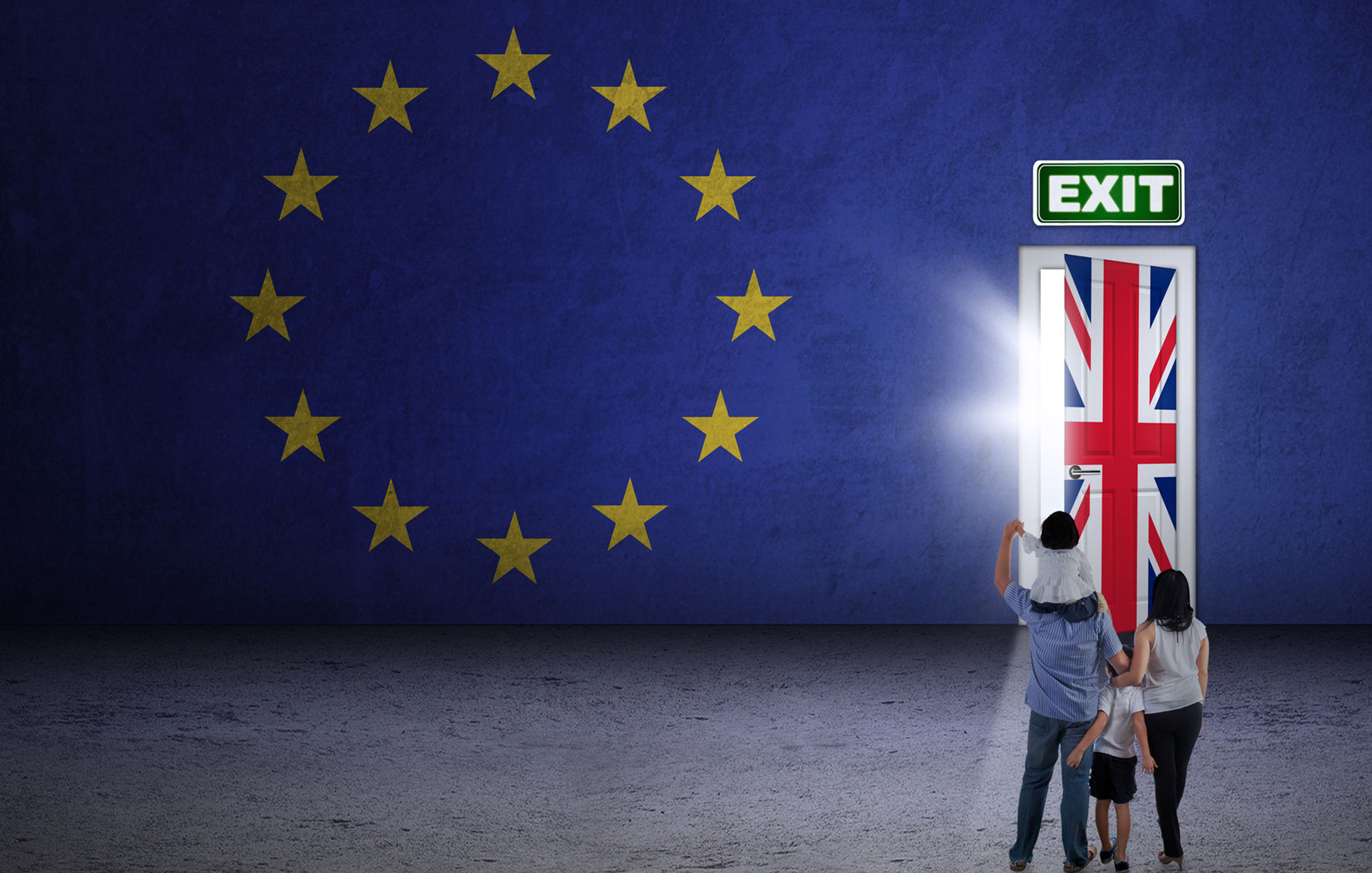 Over the summer there was real uncertainty concerning the proper and appropriate interpretation of a key part of the 2019 EU Withdrawal Agreement (WA).  Not a matter of mere academic or political interest, it was vital for family law practitioners to know how to prepare for EU exit, specifically what steps should be taken in their cases this autumn and winter.  Last week the EU published guidance which very helpfully clarified the position, confirmed by the UK Ministry of Justice.  The consequence is that there should be far less need for expedited hearings or conclusions of cases before 31 December 2020.  This note can only summarise some of the issues.  The full background and explanatory guidance is set out in the book due to be published late September by LEXIS-NEXIS written by the author: ‘Family law leaves the EU: a summary guide for practitioners’.

Entered into in October 2019 and effective 1 February 2020 when the UK had legally left the EU, it covers in Articles 67-69 the transitional arrangements in respect of civil and family proceedings, including family laws such as Brussels II dealing with divorce and children and Maintenance Regulation on needs based orders.  Each EU law deals with jurisdiction including forum for the bringing of claims and the cross-border recognition and enforcement of family court orders.  What would happen to proceedings underway at the end of the year when EU laws cease to have effect?  Would new proceedings be needed?  Would orders be recognised?

In summary, Art 67.1 provides that if divorce, children, or maintenance claims have been commenced before the end of the year, jurisdiction and prior forum will remain even though the proceedings are concluded in or after 2021.  It will not be possible for identical proceedings to be commenced in another country after 1 January 2021 and gain priority or secure jurisdiction.  That was clear.  Practitioners must simply make sure proceedings are issued before the end of the year.

Reasons for the disjunctive interpretation

Over the past three years, a small group of UK international specialist family law practitioners, superbly led by Eleri Jones, London counsel, have been meeting with the Ministry of Justice to discuss law and practice on EU departure.  The senior representatives from the Ministry have been incredibly helpful, cooperative, collaborative, and aware of the needs of UK family lawyers and their clients.  We have been discussing the detail of statutory instruments and other provisions with them.

During the spring, there was every expectation of the conjunctive approach.  But in late spring and early summer, doubts arose.  It became increasingly difficult to anticipate the conjunctive could be the right approach.  What were some of the reasons?

WA separates jurisdiction from recognition and enforcement.  Should they not therefore be treated differently with the requirement for a different set of proceedings?

Specifically, how can Art 67.2 be understood without being separate to 67.1?

For these and other reasons, some specialist lawyers in early summer had doubts about the rightness of the conjunctive interpretation, however much more beneficial it would be for practising lawyers and the family justice system.  They were also keenly aware that once September arrived, practitioners would want to know what they should be doing for their clients.  So they invited the Ministry of Justice to indicate and clarify the position.  In keeping with their very cooperative approach the Ministry assured of an answer by 4 September 2020.  But clearly this vital question was being asked elsewhere around Europe.  The EU decided it was timely and important to give guidance and they did.

The EU guidance, from the European Commission, is dated 27 August 2020 although really only known when distributed by the Law Society Brussels office to specialists on 4 September 2020.  It is described as a Notice to Stakeholders on the Withdrawal of the UK and EU Rules in the field of civil justice in private international law.  It can be found here and is important reading: https://ec.europa.eu/info/sites/info/files/brexit_files/info_site/civil_justice_en.pdf

Much of it sets out the relevant parts of WA in respect of civil and family justice including transitional arrangements.  But in two places it gives examples which make it very clear that the conjunctive approach should be adopted by EU member states including the UK.  It is difficult to see how and why national courts will take a different approach.

On page 7 it gives an example of a divorce claim commenced before the end of December 2020 which will be recognised around the EU pursuant to Art 21 Brussels II even though the final decree absolute of divorce, in English terminology, is handed down, pronounced, in 2021.  In other words, there would be no need for separate action or steps for recognition of the divorce to have been commenced before the end of 2020.  The simple fact of commencing the proceedings for the substantive order before the end of 2020 will be sufficient for the recognition and enforcement to continue under EU law thereafter.  A clear assertion of the conjunctive approach; commencement flows through into later recognition and enforcement.

Secondly, later on page 7 and with direct reference to Art 67.2 which deals with recognition and enforcement rather than jurisdiction and forum, it refers to the “institution of proceedings” in the context of recognition and enforcement.  It says this would cover a judicial procedure instituted but fundamentally goes on to say it covers a judgement handed down before the end of December 2020 but not enforced before that date.  In other words, a substantive order has been obtained e.g. divorce, children and maintenance but not yet sought to be recognised and enforced.  The EU guidance makes clear the recognition and enforcement under the EU laws can thereby continue in 2021 and thereafter.

This guidance is terrific news and overcomes uncertainty and doubt.  For the avoidance of any further doubt, it says the EU guidance given in January 2019 is now withdrawn.  Practitioners around the EU are grateful to the EU for this clarification.  As it happens, the Ministry of Justice also informally indicated on 4 September 2020 this approach should be adopted so it is good to have national confirmation.

This will be set out in a further published note by the author.  But in summary it will be fundamental for practitioners seeking to rely on any EU laws after December 2020, whether for gaining jurisdiction or priority of forum or the possibility or need for subsequent recognition and enforcement, to institute the proceedings before 11 PM on 31 December 2020.  Given how busy are the family courts generally and specifically in the run-up to Christmas, it will be very wise to commence as soon as possible.

Further particulars and guidance including in the context of service and taking of evidence, certificates and annexures under Brussels II and the Maintenance Regulation and the distinctive provisions for areas such as Part III will follow and are set out in more detail in Family law leaves the EU: a summary guide for practitioners, published by LexisNexis, written by the author and published in October 2020, available for pre-order here.

Love me or leave me: the possible impact of Brexit on families in the UK and beyond
Authors: Lisa Girdwood
3 SEP 2019
How a no-deal Brexit would impact divorce legislation and procedure
14 OCT 2019
What does Brexit mean for families?
Authors: Katie Payne Sarah Overy Clare Hedges Katie Hawksley
5 NOV 2019
Child Abduction and Brexit
Authors: Hilary Lennox
28 MAY 2020

Love me or leave me: the possible impact of Brexit on families in the UK and beyond
Authors: Lisa Girdwood
3 SEP 2019
How a no-deal Brexit would impact divorce legislation and procedure
14 OCT 2019
What does Brexit mean for families?
Authors: Katie Payne Sarah Overy Clare Hedges Katie Hawksley
5 NOV 2019
Child Abduction and Brexit
Authors: Hilary Lennox
28 MAY 2020