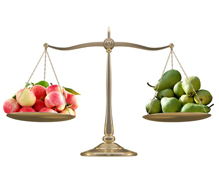 As we have commenced onto the new year, Ali Alrazak, a law lecturer at the University of Wolverhampton, revisits some of the Supreme Court judgments that have impacted areas of family law in 2018. Today: In the matter of C (Children) [2018] UKSC 8.

This was a case that unlike other Supreme Court judgments, did not pick up as much media attention outside of commentary by academics and practitioners. This is quite disappointing as not only does it relate to an alleged unlawful removal of a child by a parent, but that it established the controversial principle of repudiatory retention into English law.

A summary of the case facts is that a married man and woman had been living in Australia with their two children until 2015. The relationship had suffered difficulties towards the end of 2014. The mother wanted to take the children on an eight-week trip to England, which was agreed by the father. The mother and children arrived in England on 4 May 2015. This visit extended to up to a year.

The mother had enrolled the children into a local pre-school. In November 2015 she had also applied for British citizenship for the two children without informing the father. On 4 November 2015 the mother’s solicitors informed immigration authorities on her behalf that she would not return to Australia with her children for fear of domestic abuse. In June 2016 the mother confirmed her intention to remain in the UK.

The father made an application under the Hague Convention on the Civil Aspects of International Child Abduction (25 October 1980), known as the Abduction Convention. A matter of dispute was the point in which the mother decided not to return to Australia.  It was her own case that she felt she and the children would not return to Australia in April 2016, which meant there was a decision not to return before the end of the agreed period of absence. The children were found to be habitually resident in England by the end of June 2016.

As the children were found to be habitually resident by June 2016, the father’s summary return application failed. The High Court judge also concluded that 'anticipatory retention’, also known as ‘repudiatory retention’, was not a concept known to the law. They considered the hypothetical situation of repudiatory retention being possible and determined that on the present facts no wrongful retention occurred until the end of the agreed period. The judge accepted the mother’s evidence that prior to April 2016 she did not have the intention to not return to Australia.

Upon the father’s appeal the Court of Appeal determined anticipatory/repudiatory retention is a concept that must be recognised by the 1980 Hague convention. The case was remitted to the High Court for rehearing.

The mother appealed to the Supreme Court. The Supreme Court were asked to make a determination on (i) whether the 1980 Abduction Convention could be invoked if by the time of the alleged wrongful act the child is habitually resident in the state where the request for return is lodged; and (ii) if there can be a wrongful retention before an agreed period of absence expires. The father cross-appealed on the matter of habitual residence.

The Supreme Court allowed the mother’s appeal and dismissed the father’s cross appeal.

On the first issue the Supreme Court found that the Abduction Convention cannot be used if by the time of the alleged wrongful act, whether by removal or retention, the child is habitually resident in the state where the request for return is lodged. Therefore a mandatory summary decision cannot be made. This was based on the intention of the Abduction Convention which is to leave the now established primary jurisdiction to decide the merits.

Lord Kerr and Lord Wilson provided dissenting judgments. Lord Kerr took issue with the requirement of an overt act to demonstrate repudiatory retention. He also found the High Court Judge’s finding that wrongful retention did not occur incompatible with the finding that the mother intended for her and her children to stay in England in April 2016. Lord Kerr addressed that the finding that the mother had no intention to not return to Australia was not supported as the High Court Judge had failed to address what bearing the solicitor’s correspondence in November 2015 had. Lord Wilson expressed a similar view regarding the letter sent by the mother’s solicitors.