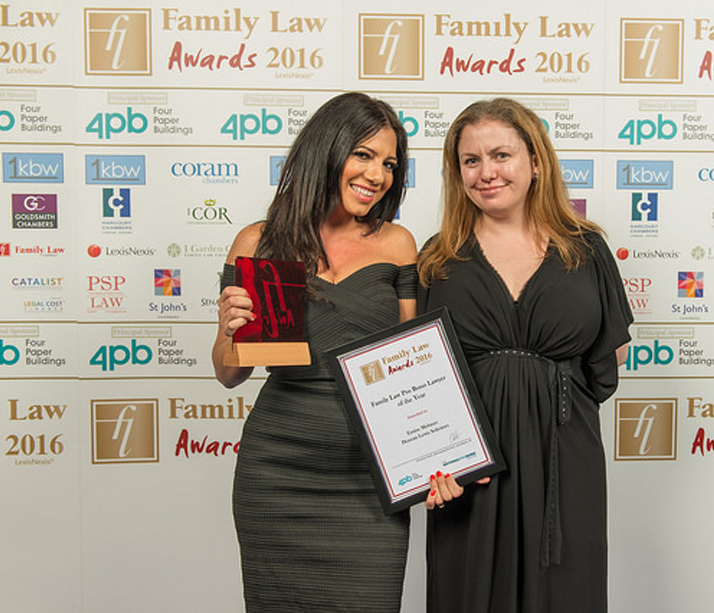 Emine Mehmet of Duncan Lewis Solicitors won the Family Law Pro Bono Lawyer of the Year Award in 2016. Here, she talks about her ongoing commitment to pro bono work and the changes she would make to the profession.

What was your route into the profession?

I completed a law degree directly after “A” levels, before completing an LPC at the college of law. I was lucky enough to secure a training contract before completion of the LPC.

How did you become involved in pro bono work?

I became involved with various local women’s organisations by providing ad hoc advice surgeries. This work then became a regular feature of my practice and I was elected head of pro bono at Duncan Lewis. We now have various pro bono partnerships as a firm, with a weekly drop-in advice surgery in house.

Why is pro bono work so important in today’s society?

A route to justice is important in any society, but increasingly so when many are now denied access to legal aid

Which person within the legal profession inspires you most?

It would be impossible for me to choose one person when I am inspired constantly by the absolute dedication to their cause shown by many of my fellow child care lawyers on a daily basis.

What change would you make to the profession?

More accessibility to legal services, which would in turn change perception of the profession

What impact do you feel receiving the Family Law Pro Bono Lawyer of the Year Award has had on you career?

It has brought greater recognition for me generally, and also to the firm’s pro bono work as a whole. The fact that Duncan Lewis is consistently engaged in worthwhile pro bono work was not something which was generally known, and it is great to be rewarded and recognised for that.

Emine is pictured above (left) with the winner of the 2015 award, Bianca Jackson.

Visit the Family Law Awards website for more information about the 2017 Awards.