Family Justice Reformed: A Guide to the Family Court since the Children and Families Act 2014 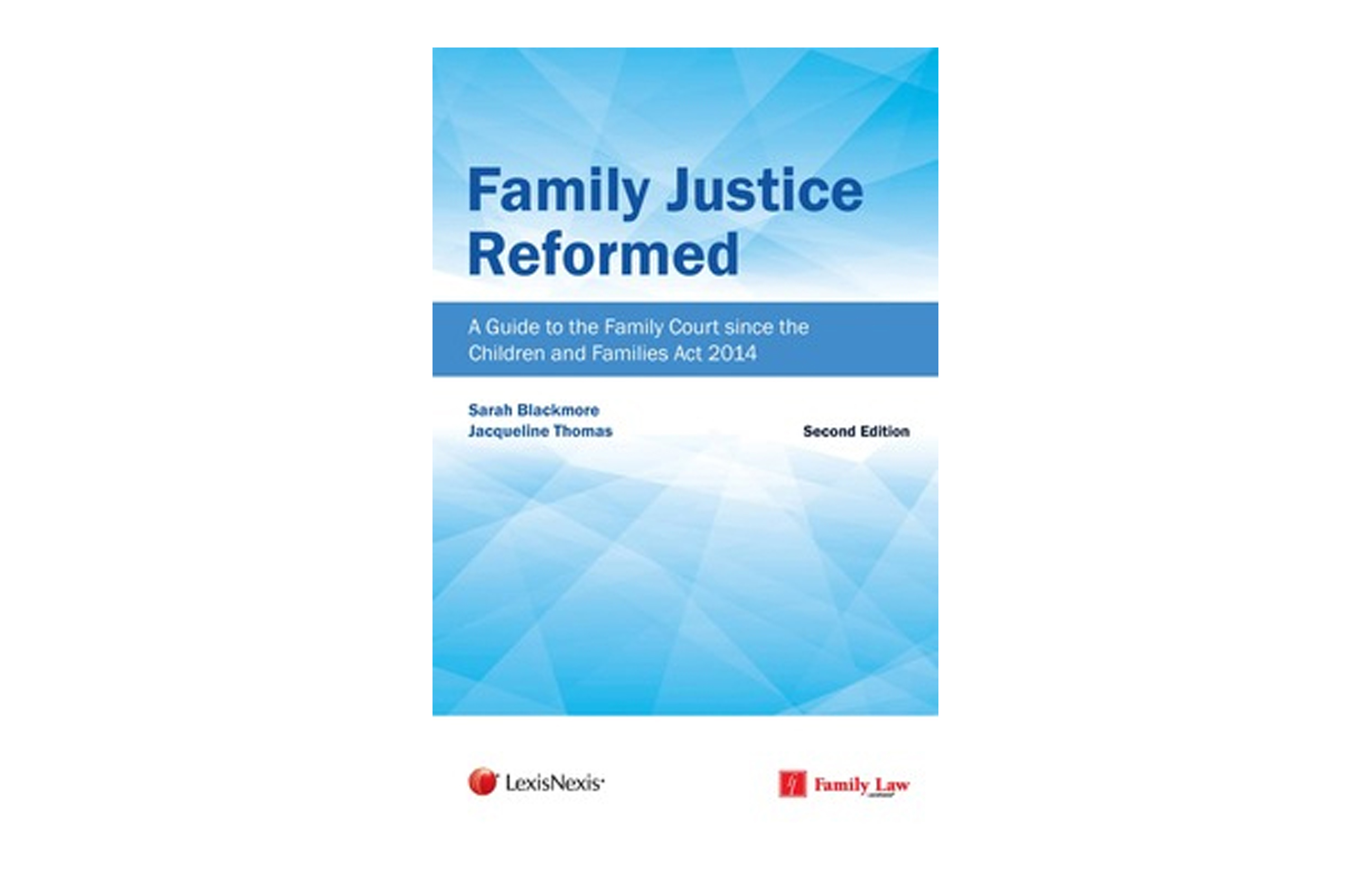 In 2014, the family justice system in England and Wales underwent seismic change. The previous three-tier court system of family proceedings courts, county courts and High Court was replaced by the single Family Court through the provisions of the Crime and Courts Act 2013, and for the first time statutory time limits were introduced for public law care proceedings through the Children and Families Act 2014 (the 2014 Act).
Article continues below...

Entries now open!
View product
All areas of family law and family court users were affected, from separating parents to prospective adopters. The 2014 Act placed greater emphasis on alternative forms of resolution, particularly mediation, by requiring applicants to attend at a mediation information and assessment meeting (MIAM) before issuing court proceedings in respect of their children or finances.

Family Justice Reformed: A Guide to the Family Court since the Children and Families Act 2014, by Sarah Blackmore and Jacqueline Thomas, aims to provide an overview to the 2014 Act, with explanations as to the reasons behind the reforms, as well as up-to-date case commentaries. It has now been fully updated for a review of the situation following the three years since the introduction of the 2014 Act.

In Chapter 1, the case for change is set out, tracing the history of the Family Justice Review, and the research findings that led to the arguments in favour of reform. The arrangements of the new Family Court are then explained and the structure of the Family Court is examined, updated to examine the proposals for increased digital resources to be used in court and online procedures. The Children and Families Act has a major impact on three main areas; private law, dispute resolution and public law. In Chapter 2 the new approach to private law disputes is explored. The effect of the legal aid reforms following the Legal Aid, Sentencing and Punishment of Offenders Act 2012 (LASPO) cannot be ignored, with the resulting increase in litigants in person appearing before the court.

The reforms to the private law system resulted in an entirely new Child Arrangements Programme (CAP), which aims to simplify and streamline the process, clearly signposting parties to the appropriate services and setting out the stages of court applications.

The Child Arrangements Programme reflects the re-emphasis on dispute resolution services. One unforeseen consequence of the LASPO cuts to legal aid was a vast reduction in the number of couples turning to mediation before going to court, despite public funding remaining available for both the mediation process, and legal advice running alongside mediation. CAP again signposts parties to mediation, and the 2014 Act makes attendance at a MIAM compulsory prior to a court application. Chapter 3 examines the use of mediation and explains the process as it now stands in 2017, as well as providing a draft memorandum of agreement and statements of financial information, the written documents which follow a successful mediation. Chapter 4 turns attention to the public law reforms and the revisions made to the public law outline. Taryn Lee QC examines the learning curve that took place during the transitional period and the lessons learnt from that time, before the new Public Law Outline and the case management orders are provided by the rest of the chapter. Integral to the reform of the public law system is the introduction of the statutory time-limit of 26 weeks for the completion of a care case, unless extended by the court. The newly updated Second Edition includes the impact of the FDAC, settlement conferences, and important projects such as PAUSE which are making valuable solution-based changes to the court system.

One of the mechanisms used in order to reduce the delays in the care system is the reduction in the reliance on independent experts, which is examined in Chapter 5. The Family Procedure Rules 2010, Part 25 has been significantly amended to reduce the number of experts, and to remind all practitioners that the social workers and guardians in a case are often the only experts required by the court.

The public law system remains the focus of Chapter 6 which examines recent policy changes in the field of adoption, and the cases recently decided by the courts.

Also considered by the authors is the move towards greater transparency in the family courts and the recent case-law relating to reporting restriction orders, as well as the work of the Transparency Project which continues to provide invaluable resources and explanation of the work of the Family Court.

The final chapter examines the options available to practitioners working with older teenager and care leavers, transitioning towards adulthood. The complex interface with the Mental Capacity Act 2005 and the deprivation of liberty issues are also updated and are invaluable for all modern family practitioners. The appendices to this book include all relevant sections of the 2014 Act, and the main statutory instruments, as well as the most up-to-date court forms where available.
Categories:
Articles