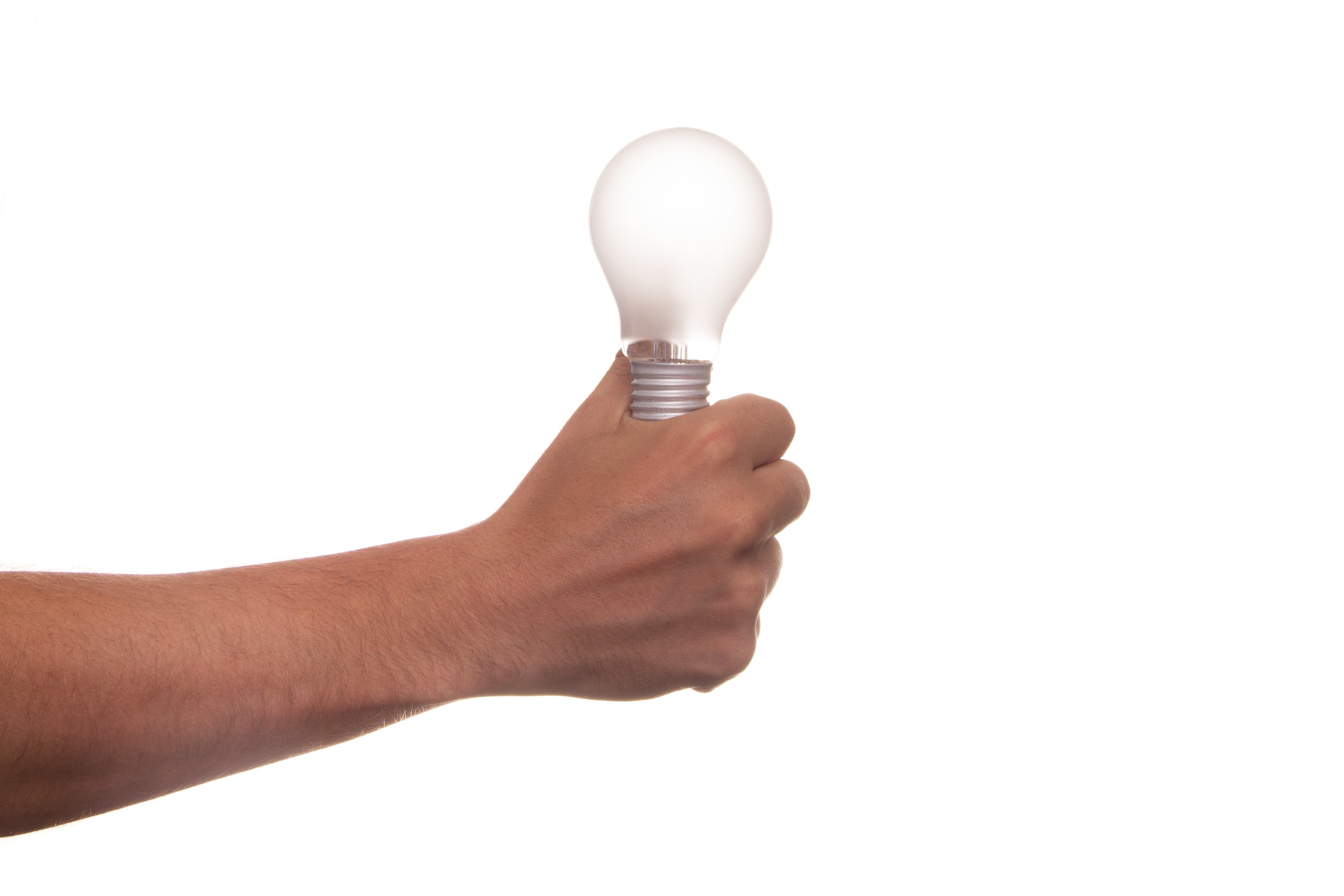 Natasha Phillips
The President of the Family Division has recently confirmed what family law professionals have known for a long time. The system is on its knees, brutally stripped of resources and full to the brim with vulnerable families who can’t access fair representation because legal aid is all but gone. With every year that goes by, new problems layer on top of old ones. Even the President himself can’t pinpoint why care applications are rising, or why high conflict divorce cases linger on inside the system for years.

Yet the solution to the system’s woes has been in plain sight for some time.

The Family Court currently works on the underlying premise that families in crisis must be ‘tried’. The idea stems from the family courts’ own personal history, as the vast majority of judges tasked with overseeing family matters started out in the criminal justice system. Notions of trials, reason without passion (and, by extension, often compassion) and right and wrong have given us a process that’s far too basic to deal with the very complex emotional and social legacies families harbour.

This line of thinking, then, represents a significant flaw inside the system which sits at the gateway and colours every aspect of the process.

As our understanding of the human condition, and family breakdown, increases with each scientific advance, a model which starts inside a court room is clearly outdated. We know that vulnerable families can’t respond to support if their emotional, psychological and medical needs aren’t met first, and we also know that a system which bullies or threatens its users into submission isn’t actually solving problems at all; yet we continue to use this model.

There is understandable concern that a redesign of the family justice system will reduce lawyers’ roles further, especially in light of past legal aid cuts and the President’s latest calls for mediation and other holistic interventions, but lawyers are still needed to oversee the legal aspects of adoption and divorce. The answer lies in rearranging the order in which things are done, and ensuring everyone has the tools they need to deliver effective services and support.

The largest source of difficulty for the Family Court lies in the enormous delays it faces due to a backlog of cases. This is because problems are not dealt with in the first instance and so families either re-enter the system or remain inside it for long periods of time, all of which drains the system of precious time and resources. The Family Court is designed to gather evidence and then make a decision about the right way forward for families, but it can only do this with any measure of success if the quality of the evidence that it gathers is high. In order to gather sound evidence, we must start with how we gather it.

Whether the system requires information about families’ abilities to function and support children or frank disclosure about finances in divorce, the key to collecting the best information possible lies in training professionals to the highest standards. The social work sector has been heavily criticised for its poor training and lack of information for practitioners, which in turn led to chief social worker Isobel Trowler to make several recommendations for improving training.

However, this is not enough. Every university and institution must look to the latest and most progressive scientific research on child welfare and incorporate that into each degree. Information should also be made available online; not just to social workers, but also to the general public. This outstanding selection of easy to follow social work videos from a university in North Carolina is designed to showcase the social work programme on offer, but it does something very clever too - it offers incredibly helpful information and effectively shows the deeply sophisticated way in which social work can function. The transparency of having this information available online also builds trust and helps to raise social work’s profile in a positive and powerful way. Universities all over England offering social work programmes should produce videos like these regularly as a matter of course.

In private family law cases, for example, leaving the finances to a very basic Form E is also old fashioned and continues to suffer with half-hearted disclosures. As part of the divorce process, independent forensic accountants should be sent briefs and given a structure with which to work in, to ensure disclosure is full and frank. A report should be produced by these forensic accountants outlining any areas of concern or recommendations moving forward. All of this should be inexpensive or free of charge and subsidised by the government, and available to everyone - not just the super rich. The impact would be tangible: less time wasted arguing about what may or may not have been disclosed and less money spent by the government on court time.

Hand in hand with practical solutions to problems should be a data hub where everyone can access the latest information, in simple English, as well as explanatory documents which outline the issues and offer practice guidance for social workers and other child welfare professionals inside the Family Court. A proposal to create a Family Law Hub could offer a solution. This hub could hold all the latest information, and analysis on research and related data.

Standards also have to be lifted. For a long time, social work has used the ‘good enough’ threshold when labelling content used for training purposes, and tends to sideline ‘best practice’ as desirable but not necessary. This is not good enough. Social work must be aiming for ‘best practice’ every time. Only then will front line services improve and offer system users the kind of support they need, and deserve.

Getting the best evidence possible doesn’t just rely on excellent training of child welfare professionals but on the well-being of those who hold that evidence. Family breakdown, whether it’s occurred after 10 months or 30 years, often leads to deep mistrust between couples which can affect every part of the divorce process. It can also make cases protracted and judges can see the same families bouncing in and out of court on a regular basis.

Reducing the volume of traffic inside the Family Court only requires the system to address the underlying causes of conflict. Whilst it wouldn’t be realistic to assume that entrenched conflict could be resolved in a few months with the help of a counsellor, it is possible to bring parties to focus by supporting their emotional pain and helping them to process it. Excellent counsellors can help in this area, and for couples with lower levels of conflict a compassionate mediator who is also psychologically trained could help divorcing couples stabilise enough to work with the issues before them. Mediation as the system offers it today remains for the most part ineffective, due its overly matter of fact approach, but could be helpful once parties have accessed emotional support.

Court rooms today dealing with family matters have begun to change. Judges have, both consciously and unconsciously begun to change the layout of their court rooms to make them look less formal. Some judges refuse to sit in an elevated position above the parties to a case in the room, and others have opted to place chairs in a circular position around a conference style table. The ideas that the system is delivering justice, or ‘trying’ parents have indirectly at least begun to wear away, and what’s left is a system trying to be something more practical, and proactive.

The Family Drug and Alcohol Court is an excellent example of a model which works. Whilst there should be some debate about whether a court house is the right venue for such models, the model itself is effective. Offering vulnerable families one on one support for substance and alcohol abuse, with a view to keeping families together, its first report was phenomenally encouraging. This has been followed by another more recent review which echoes the first: the programme offers long term results and prevents children from being taken into the care system. It also saves the government money.

More informal forums should be used to debate the issues in a case. Lawyers should not have to attend court houses for family law matters which do not involve criminal issues; designated, approved spaces would create a professional and modern environment in which to process family disputes.

Along with more relaxed spaces for families and children, the system should also look to digital solutions inside the conference, or court room and elsewhere. All meetings and hearings should be visually recorded, or at the very least audio recorded and copies of these recordings should be sent to the relevant families and individuals involved in a case.

These are just some of the things the system could do to modernise and deliver fast, effective solutions, however a significant problem must also be addressed in any re-imagining of the Family Court. The system must focus on working to a policy which drives support for vulnerable families with a view to trying to keep children from entering the care system. This will require a tremendous cultural shift which may be resisted due to potential short term cost implications, but it is a vital element in the modernising of our justice system, to ensure families are not torn apart where unnecessary and to protect the system from a terrible fate: complete collapse.

What do you think? Here are Jordan Publishing we expect that not all practitioners will necessarily agree with these comments. Why not join the debate on Twitter @JordansFamLaw and @Sobukira.