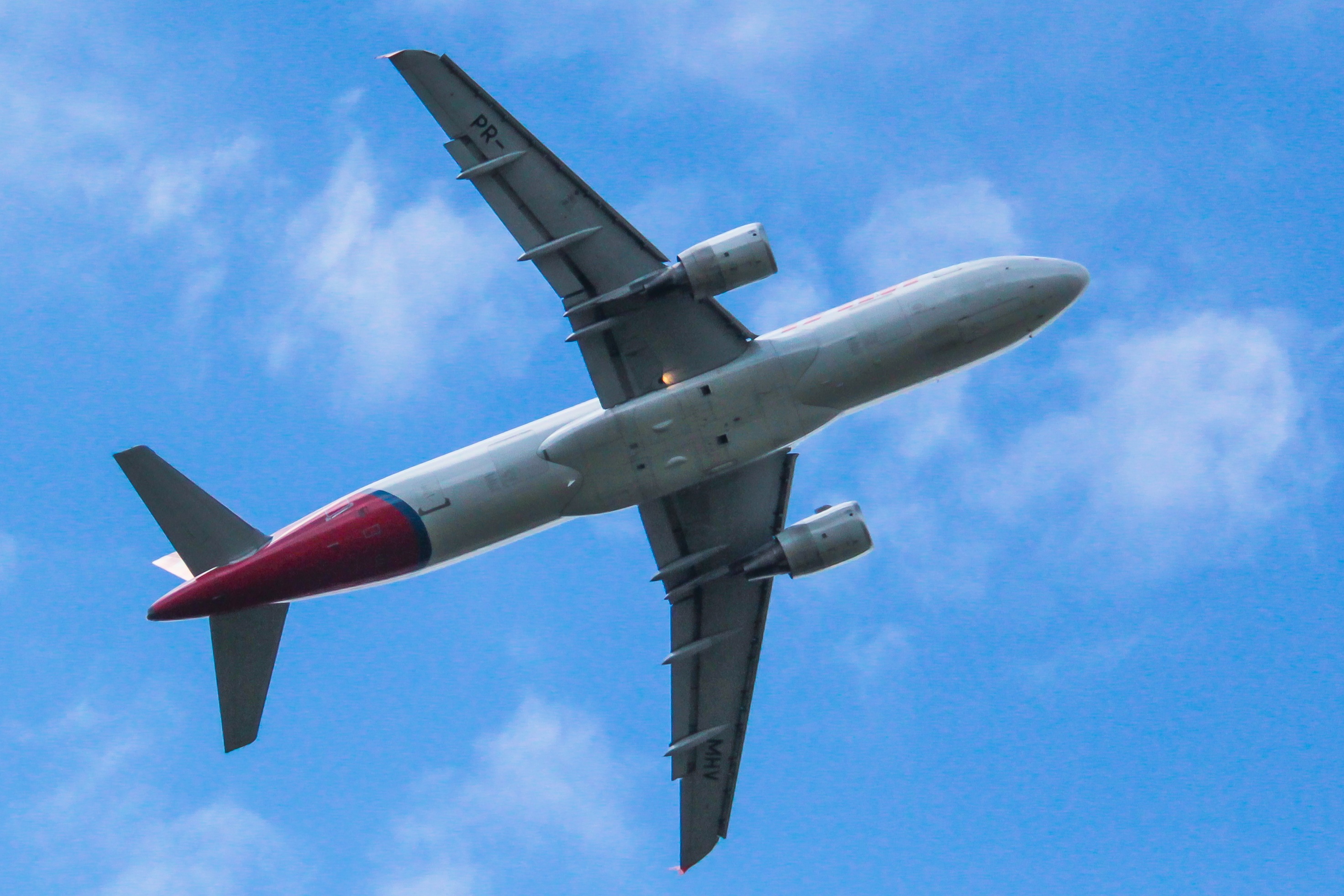 Alex Ruck Keene
Barrister
In Al-Jeffery v Al-Jeffery (Vulnerable Adult: British Citizen) [2016] EWHC 2151 (Fam), Holman J  has confirmed for the first time that the High Court can exercise an inherent protective jurisdiction over a vulnerable British adult on the basis of their nationality, even if they are not habitually resident in England and Wales.

The case, which was the subject of considerable media attention while it was going on, concerned a 21-year-old dual British-Saudi woman who was born and lived in Wales until just before she turned 17, at which point she travelled (in 2012) to Saudi Arabia at the insistence of her Saudi father. She had remained there thereafter and alleged in proceedings brought under the inherent jurisdiction that she was being seriously ill-treated by him, including by being kept in caged conditions in his flat and that she was prevented from leaving Saudi Arabia and returning to Wales or England. She also sought a forced marriage protection order, although this application was ultimately abandoned during the course of a hearing listed before Holman J to consider what, if any, jurisdiction he had to make orders in relation to Ms Al-Jeffery (in respect of whom it is important to note that there was no suggestion that she was of anything other than unimpaired mental capacity). The father's refusal to comply with earlier orders (made without formal determination of jurisdiction) to return his daughter to England and Wales or to allow her to speak privately to her instructing solicitor without fetter or fear of fetter had meant that it was not possible to proceed with a fact-finding hearing, such that Holman J proceeded in his consideration of whether he had jurisdiction on the basis of prima facie, rather than judicially determined facts.

It was agreed before the court by counsel for both father and daughter that the inherent jurisdiction existed and would apply if the facts alleged by the daughter were true and she were physically present in England and Wales. Holman J, relying (in particular) on DL v A Local Authority [2012] EWCA Civ 253, endorsed this proposition, noting that he had no doubt at all that 'if all the facts were the same but occurring here in Wales or England, the inherent jurisdiction for the protection of vulnerable adults is engaged and I have a very wide range of powers (para [42]). Importantly,  Holman J also noted (relying on Re SA [2005] EWHC 2942 (Fam)) that the triggers for this jurisdiction being engaged was that there was a reasonable belief that the person was for some reason in need of the protection of the court, such that it would be 'intolerable' (para [41]) were a failure by one party - here, the father - to enable a fact-finding hearing to proceed so as to enable the court to proceed on the basis of established, rather than prima facie facts.

The only basis for exercising jurisdiction, Holman J held, was therefore that she had British citizenship or nationality. He noted that '[i]n the recent case of Re A (Jurisdiction: Return of Child) [2013] UKSC 60 and Re B (A Child) (Habitual Residence: Inherent Jurisdiction) [2016] UKSC 4, the Supreme Court has twice reaffirmed that the British nationality alone of a child is sufficient basis for exercising the inherent or parens patriae in relation to children' (para [44]); that 'the jurisdiction based on nationality alone should only be exercised with extreme circumspection or great caution and where the circumstances clearly warrant it' (para [46]); that 'the jurisdiction should only be exercised with great caution and circumspection, and particular care must be taken not to cut across any relevant statutory scheme, but that does not limit it to cases "at the extreme end of the spectrum"' (para [48]); and concluding that:

'It seems to me that at para 60 of Re B (Lady Hale and Lord Toulson) do helpfully indicate a test when they said "the real question is whether the circumstances are such that this British child requires that protection". That has an echo in the words of Lord Sumption at para 87 where he referred to "... a pearl from which the courts should 'rescue' the child" ...'

Article continues below...
Holman J then turned to the question of whether that jurisdiction could be exercised in relation to an adult, and had little hesitation in concluding that it could:

'49. The courts having clearly held that the vulnerable adult jurisdiction is indistinguishable from the parens patriae jurisdiction in relation to children, it seems to me that exactly the same approach as that analysed and discussed by the Supreme Court in Re A and Re B should inform my approach to the present case. The jurisdiction based on nationality must apply no less to an adult than to a child. As Bennett J asked rhetorically in Re G (An Adult) (Mental Capacity: Court's Jurisdiction) [2004] EWHC 2222 (Fam) at para 111 (quoted with obvious approbation by Munby J in Re SA at para 65):

"Why, then, should G, now an adult, be worse off than she would have been had the matters arisen if she was a child?"

50. If it is appropriate to extend the protection of this court to a British citizen abroad when that person is 17, it cannot be less appropriate to do so just because he attains 18 or 21 or, indeed, any other age. The focus must be upon whether the citizen requires that protection and upon the peril from which he may need to be rescued; not upon whether he happens to be above or below the age of 18. Further, although there is a statutory framework (including the provisions of EU Council Regulations) which regulate the exercise of jurisdiction in relation to children, there is none in relation to adults. I do not suggest that for that reason the court should be any less cautious or circumspect in relation to its exercise of the jurisdiction to protect adults rather than children, but there is no obvious reason why it should be even more so. Mr Scott-Manderson suggested in his final written schedule of balancing factors that the required caution is even greater in the case of an adult than of a child. When I asked why, he said because the use of the inherent jurisdiction based on nationality in the case of adults is very rare. It is; but just because it is very rare does not seem to me to require that even greater caution is required. "Great caution" or "extreme circumspection" means what it says, whether the person concerned is a child or an adult. To exhort even greater or more extreme caution or circumspection is, frankly, to succumb to hyperbole.'

He therefore concluded that 'there is an inherent jurisdiction to protect vulnerable adults who are habitually resident abroad, but are British citizens; and that on the facts alleged by Amina, which include constraint and ill-treatment, that jurisdiction is engaged by this case (para [51]).

Having held that there was a jurisdiction, Holman J had then to consider the second question – namely whether he should exercise his discretion to do so. His discussion balancing the factors for and against (the fact of her dual nationality being a particularly weighty one against) is lengthy, but he proceeded in particular by reference to the three main reasons identified by Lady Hale and Lord Toulson in Re B for caution: namely (1) the risk of conflict with the jurisdictional scheme between the applicable countries (there being no such scheme in place here; (2) the potential for conflicting decisions between the two countries (there being no such risk here); and (3) the risk that the orders made might be unenforceable (a real risk in the instant case, but where Holman J considered that the court had considerable moral and practical 'hold' over the father). Whilst noting that there were dicta in both Re A and Re B to the effect that an assessment 'in country'' should take place before the jurisdiction were exercised, Holman J noted that these were in a different context, and the instant case concerned an adult aged 21 who subject to the constraints allegedly placed on her by father, could and indeed sought to speak for herself.

Holman J had then to consider what order he should actually make. On the facts of the case before him, he concluded that the appropriate order to make was one directed against the father himself personally 'that he must permit and facilitate the return of Amina, if she so wishes, to Wales or England and pay the air fare [and that] [h]e must at once make freely available to her both her British and her Saudi Arabian passports'. He specified that Ms Al-Jeffery had to be enabled to return to England and Wales by 11 September 2016, and at the time of writing it is not known whether or not the father will comply. Holman J further provided for a hearing before him shortly thereafter, emphasising at para [66] that he wished to make:

'crystal clear that, apart from requiring her attendance before me at that hearing, if she has indeed voluntarily returned to Wales and England, I do not make any order whatsoever against Amina herself. The purpose is not to order her to do anything at all. Rather, it is to create conditions in which she, as an adult of full capacity, can exercise and implement her own independent free will and freedom of choice. To that end, I will give further consideration with counsel after this judgment to what mechanism can now be established to enable her freely to state, if that be her own free decision and choice, that she does not now wish to avail herself of the opportunity provided by my decision and this order to return to Wales or England.'

A more in-depth version of this article will appear in the forthcoming issue of Elder Law Journal.

This article was originally published on the Mental Capacity Law and Policy blog and has been reproduced here with kind permission.
Categories:
Articles