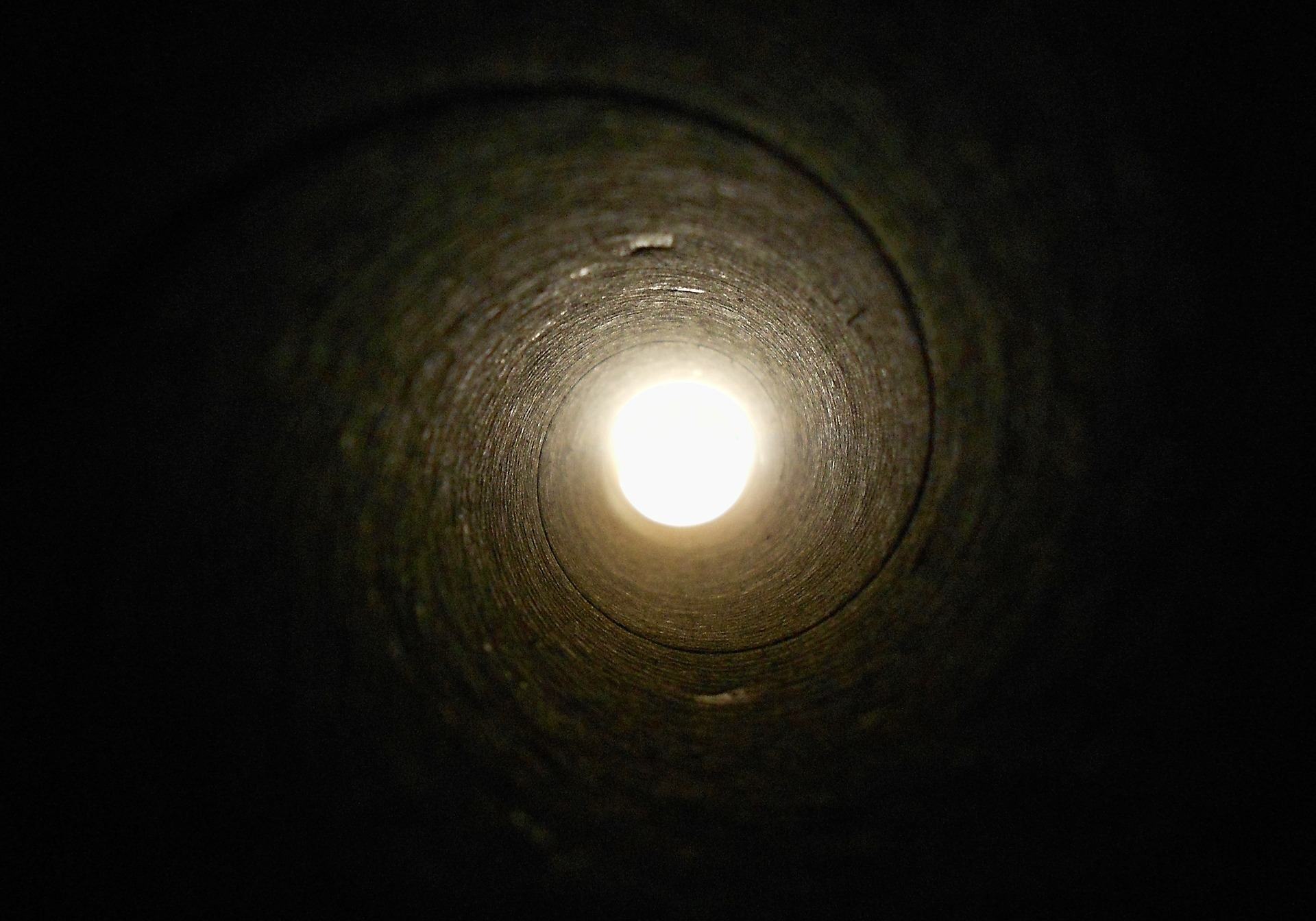 Review of ECF Guidance and response to Justice Committee report

IS v The Director of Legal Aid Casework & Anor [2015] EWHC 1965 (Admin), represents a review by Collins J of the exceptional case funding (ECF) provisions of Legal Aid Sentencing and Punishment of Offenders Act 2012 (LASPO) s 10. This review occurs especially in the light of:
The Ministry of Justice that their own  Response to Justice Committee’s Eighth Report of Session 2014–15: Impact of changes to civil legal aid under [LASPO Part 1] (Cm 9096) came out – deliberately? – on the same day as IS.

IS was one of the respondents to the LAA appeal in Gudanaviciene, but his appeal was abandoned since it was not necessary for him personally to pursue it. As Collins J explains at para [5] the concern of the Official Solicitor (with the Public Law Project instructing leading counsel for IS and the OS as his litigation friend), was that individuals who lacked capacity (whether as children or adults) might fail properly to secure representation under s 10. The case therefore came before him as a test case; and he responded in full on that basis.

Framework of the judgement

In a carefully structured judgment Collins J proceeded as follows:

'[96] There are in my view two difficulties in the way the merits test has been applied. First, the requirement that in all cases there must be a even or greater than even chance of success is unreasonable. Secondly, the manner in which the LAA has assessed the prospects of success has been erroneous. The whole point of representation is that it will produce the chance of success which without representation will not exist….'
Collins J takes the view that even the statutory merits (‘prospects of success’) test and the LAA approach to it, is wrong:

'[97] …the circumstances of each case will be determinative and there can in my view be no doubt that the way in which merits [of civil legal services applications] have been approached has been flawed.’

Conclusion: ‘there must be changes’


'[27] … [The] first ground is that the scheme as operated by the first defendant is intrinsically unfair because it does not enable those who need assistance in either making or resisting claims or ascertaining with proper expert advice from a lawyer whether they have a valid claim or defence which needs representation to obtain the necessary assistance. The result has been and continues to be that some of the most vulnerable are deprived of a fair hearing in that they are unable to present their cases effectively. Mr Hermer [counsel for IS] described this ground as an “evidence based impeachment of the operation of the ECF scheme."'

Collins J answers this ground (and a second relating to LAA dealing with urgent applications) as follows:

(1) He says ‘there must be changes to the scheme’ (para [105]):
(2) Operation by the LAA of the merits test is dismissed by Collins J in one short paragraph:

'[106] The rigidity of the merits test and the manner in which it is applied are in my judgment wholly unsatisfactory. They are not reasonable.'

(3) The ECF scheme is not providing the safety net provided by ministers (para[107]).

(4) The ECF scheme is not in accordance with LASPOA 2012 s 10, in that ‘it does not ensure that applicants’ human rights are not breached or are not likely to be breached’.

IS and the family lawyer: a scheme which is ‘wholly deficient’

Though IS and Gudanaviciene (the case itself) were immigration cases, it is clear from what Collins J says that he considers the depredations of the LASPO civil legal aid scheme to have fallen most heavily on litigants in the family courts. His assessment of operation of the scheme for ECF under s 10 is:

[40] It is difficult to imagine a family case, particularly when there are contested issues about children, in which there would not be an interference with the Article 8 rights of either parent or the children themselves. Thus unless the party seeking legal aid could albeit unrepresented present his or her case effectively and without obvious unfairness, a grant of legal aid would be required. That does not mean that every case will require it: some may be sufficiently simple for the unrepresented party to deal with. Obviously if there is a lack of capacity even such cases may require legal aid. That issue I will have to consider in further detail later. But I am bound to say that I believe that only in rare cases, subject to means and merits if properly applied, should legal aid be denied in such cases. As it is now applied, the scheme is clearly wholly deficient in that it does not enable the family courts to be satisfied that they can do justice and give a fair hearing to an unrepresented party. While the problem may perhaps be less acute in other civil cases, I have no doubt that the difficulties I have referred to in family cases apply.

The Lord Chancellor Guidance must look wider than Art 6. For example many family cases, especially where children are involved, engage Art 8. It is as important that a litigant has a fair trial, as – especially in family, but also in some immigration cases – that Art 8 is considered (as Gudanaviciene 2 itself stresses). And no article is of more importance than another (Re S (Identification: Restrictions on Publication) [2004] UKHL 47, [2004] 2 AC 593 per Lord Steyn). And again the pejorative epithets apply: applied to the family courts the scheme is ‘wholly deficient’.

If the legal aid scheme works as Collins J believes it should, then ECF should be available for many more family courts cases.

A reader turns from the judicial reasoning of Collins J to the prose of Ministry of Justice; and the contrast is palpable. From the first page the Lord Chancellor’s civil servants are complacent, even smug. Collins J and they might be talking of two totally unrelated government schemes run by separate government departments.

Having ‘welcomed’ the Justice Committee’s report (March 2015), the civil servants set aside any pretence of old-fashioned impartiality. Of introduction of the scheme they say (page 3):

'By the very nature of the changes to the scope of civil legal aid, unnecessary and adversarial litigation at public expense has been reduced by excluding those matters identified as a lower priority. Similarly, through those matters retained in the scope of civil legal aid, funding has been targeted at those who need it most. The reforms have also been expressly designed to make sure that we meet our legal commitments.'

Legal aid scheme: a judicial and a civil service view

Take, for example, the MoJ response as against that of Collins J to the LASPO scheme merits test. Grant of civil legal aid depends on three components: the applicant’s means, the type of proceedings and – subject to those two – to the merit of a person’s case. The Justice Committee were concerned that LAA should improve ‘communication with providers [ie legal aid lawyers] of eligibility for and scope of legal aid criteria’. I am assuming that within this terminology is incorporated the merits test.

The MoJ dealt with both the perception of lawyers and of lay ‘individuals’. Their reply (page 5) to a recommendation might be said to be both defensive and offensive:

'The scope of legal aid and criteria for funding are set out quite clearly in the secondary legislation implementing LASPO and the Lord Chancellor’s guidance. The enhanced digital service will allow individuals to check whether they qualify for legal aid, which should also be of some assistance to providers.'

As a matter of fact legal aid grant depends on Civil Legal Aid (Merits Criteria) Regulations 2013 and Civil Legal Aid (Procedure) Regulations 2012 which respectively run to 12,600 and 14,600 words. The first set of regulations enables the ‘individual’ to decide whether his or her claim may have merits (‘prospect of success’: Collins J explains the merits test for ECF cases only at paras [10]-[19])). The second set of regulations deals with how to go about applying for funding (Collins J explains this for ECF funding at paras [20]-[22]).

Collins J commented that the Procedure Regulations 2012 Part 8 (650 words plus cross-references to other parts), which deals with applications for ECF funding, ‘do not make it at all easy for an unrepresented individual to make an application’ under the regulations (para [20]). His view of the merits test in ECF cases (which will be the majority of non-care proceedings family cases) is repeated here:

'[106] The rigidity of the merits test and the manner in which it is applied are in my judgment wholly unsatisfactory. They are not reasonable.'

I can only leave the reader to judge between these two points of view. And if numbers matter: in a single case report Collins J (ie the judiciary in the red corner) disposes of the questions raised by IS in 31 pages; whereas the Ministry of Justice (ie the executive in the blue corner) respond in 18 pages to all criticisms and comments raised by the House of Commons Justice Committee.

And for the family lawyer? Keep IS to hand; and refer daily to para [40] (quoted above).

LASPO s 10(3) explains when an ECD should be made; and that it becomes exceptional not because of some rarity of grant, but because of the factors – Convention compliance – which makes s 10(3) applicable. As Gudaviciene says bluntly: ‘Exceptionality is not a test’ (para [29]), it is merely a descriptor. And of s 10(3)(a) the Court of Appeal went on:

'[31] … Section 10(3)(a) speaks of the situation where a failure to make civil legal services available would be a breach, not where there would be a real risk of a breach….

[32] In short, therefore, if the Director concludes that a denial of ECF would be a breach of an individual's Convention or EU rights, he must make an exceptional funding determination. But as we shall see, the application of the ECtHR and CJEU case-law is not hard-edged. It requires an assessment of the likely shape of the proposed litigation and the individual's ability to have effective access to justice in relation to it….'

European Convention 1950 jurisprudence is summarised (at para [46]) as follows: