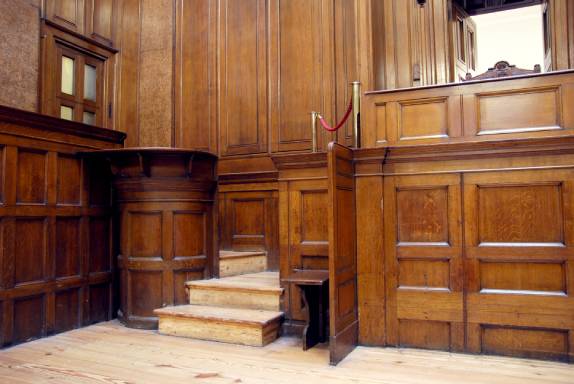 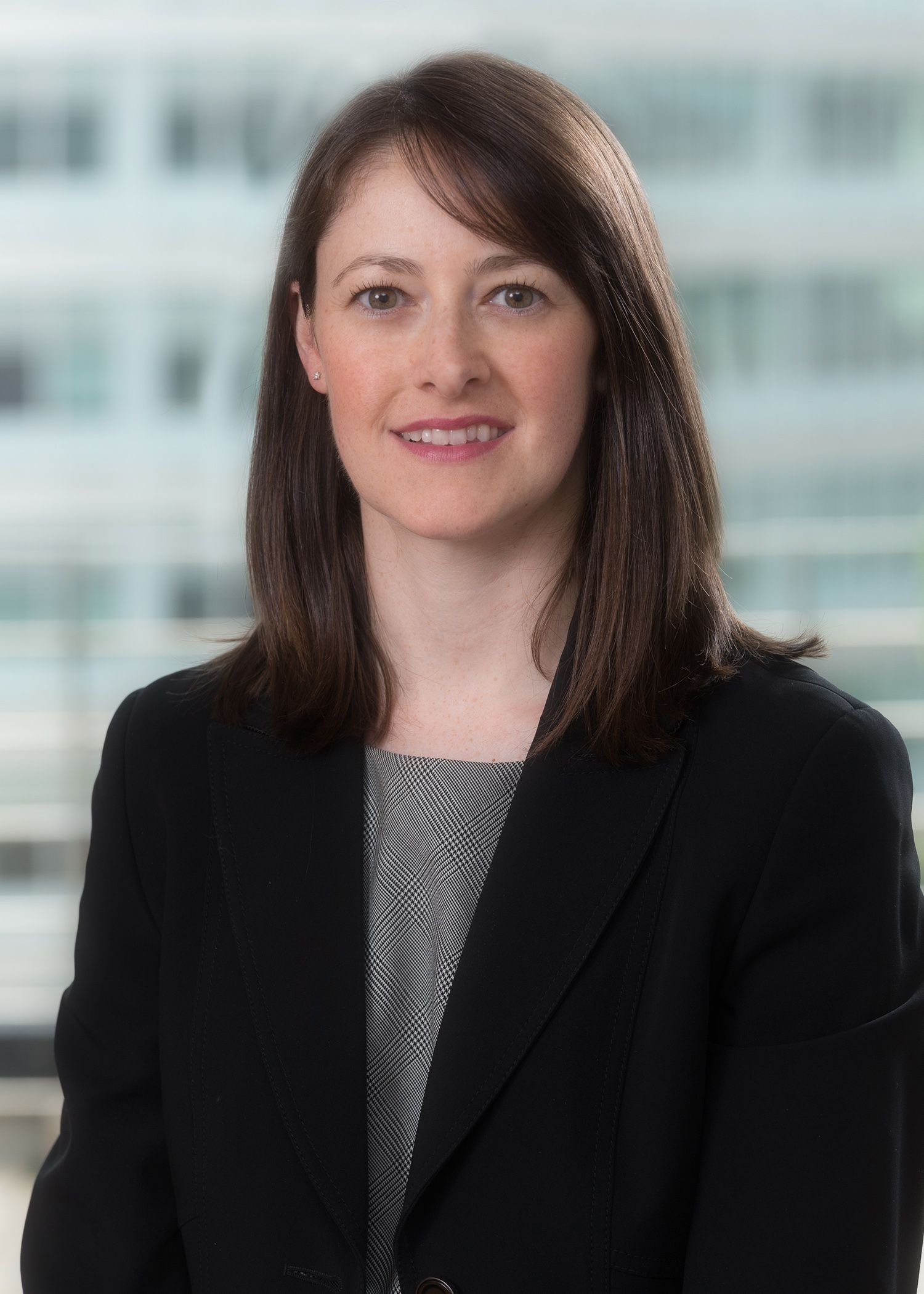 Villiers v Villiers [2020] UKSC 30 is a highly unusual but important family law case about the respective powers of the Scottish and English courts.

Mr and Mrs Villiers married in 1994. They spent almost the entirety of their married life in Scotland and raised their daughter there. After separation in 2012, Mrs Villiers and the daughter moved to England. Mrs Villiers started divorce proceedings in England in 2013, relying on her 12 months’ habitual residence in the jurisdiction.

Mr Villiers contested the jurisdiction of the English courts and began Scottish divorce proceedings in 2014. In early 2015, the parties agreed that Mrs Villiers’ English petition should be dismissed because Scotland was the proper jurisdiction for the divorce, being the jurisdiction where the parties last lived together (see para 8 of Sch 1 to the Domicile and Matrimonial Proceedings Act 1973). The divorce – absent any claim for financial relief – was set to proceed in Scotland.

Around the same time, Mrs Villiers applied for maintenance in England using section 27 of the Matrimonial Causes Act 1973. Notwithstanding the dismissal of the English petition, an odd state of affairs arose whereby the divorce would be handled in Scotland and financial matters, albeit the restricted forms of relief available under section 27, in England. It is this strange situation that the Supreme Court endorsed, by a 3:2 majority with a powerful dissenting judgment authored by Lord Wilson and supported by Lady Hale.

This neglected corner of the Matrimonial Causes Act 1973 law permits an application for maintenance (meaning periodical payments and/or lump sums) on the ground that a spouse has “failed to provide reasonable maintenance”. Analogous relief exists under the Civil Partnership Act 2003. Both statutes allow for a financial remedy independent of matrimonial / civil partnership proceedings.

Why did Mrs Villiers apply under section 27?

The answer is pretty simple: she stands to gain a much better outcome under section 27 in England than by applying for financial provision in Scotland. With the English divorce proceedings dismissed, Mrs Villiers could not apply for a financial order in England. Section 27 opened the door to – amongst other things – an interim maintenance order including provision for costs.

It is well known that there are big differences in financial provision on divorce north and south of the border. Maintenance terms in Scotland are generally limited to three years post-divorce. The courts in Scotland will not consider interests under a will or potential benefits under a discretionary trust unlike in England and Wales. Despite being a fairly recent bankrupt, Mr Villiers is understood to be a beneficiary of substantial family trusts. Acceding to a Thomas-type argument, the court in London ordered monthly maintenance of £2,500, £3,000 towards legal fees and legal costs of just under £20,000. Mr Villiers’ request for a stay of the section 27 proceedings was dismissed.

Mr Villiers appealed unsuccessfully to the Court of Appeal and then received permission to appeal to the Supreme Court, which heard the case in December last year. At this point, things took a constitutional turn when the government (in the form of the Lord Chancellor) intervened.

How a family case went constitutional

This case is not just about what is right for this particular family. The jurisdictional basis for making the order in Mrs Villiers’ favour raised some big questions about the way in which EU family law has been incorporated into UK domestic law.

EU law has for many years provided the framework for deciding issues of jurisdiction in a range of family proceedings, including divorce and questions of maintenance. This position continued after the UK’s technical exit from the EU on 31 January 2020. Whether this will remain the case depends on the nature of the future relationship between the UK and the EU, which is under discussion right now.

Intra-UK jurisdiction disputes on matters of maintenance are decided using the Civil Jurisdiction and Judgments (Maintenance) Regulations 2011, a “domesticated” version of the 2009 EU Maintenance Regulation. It may seem odd that the 2011 regulations treat England and Scotland like two separate countries, notwithstanding that the UK was only one Member State.

Mr Villiers argued that the Maintenance Regulation should only have relevance where the jurisdiction debate lies between two different countries, not constituent parts of a single country. The argument that necessitated government involvement was that in making the 2011 regulations and thereby removing the court’s discretion to stay proceedings on forum non conveniens grounds – so went Mr Villiers’ argument – the government had acted ultra vires the powers granted under section 2(2) of the European Communities Act 1972. This is serious stuff and made government intervention inevitable.

One family, two sets of proceedings

Whilst it may appear intuitively wrong for the intimately connected issues of divorce and maintenance to be litigated within separate legal systems, neither the Court of Appeal nor the Supreme Court agreed.

To apply under section 27, Mrs Villiers simply had to show habitual residence in England and Wales. The effect of EU Maintenance Regulation and the 2011 UK regulations is that there is an intra-UK lis pendens rule on questions of maintenance, even if that means two disputes within the same family are dealt with in separate legal systems. Mrs Villiers applied in England on finance. Mr Villiers only applied in Scotland on the question of marital status (the divorce). The fact that Mrs Villiers could, apply for financial provision north of the border did not mean that Scottish court was seised of the maintenance proceedings.

It is worth knowing that before the implementation of the 2011 regulations, the court would have had discretion to stay the English proceedings on the grounds that Scotland, seised of the divorce, would be a more appropriate forum for deciding financial matters. Both the Court of Appeal and the Supreme Court found that this power had been (lawfully) removed by the 2011 regulations. Lis pendens applied to the maintenance question and the maintenance creditor’s right to choose their best allowable forum prevailed.

“Related actions” – should similar disputes be decided in a single case?

One final ground on which the English proceedings could have been stayed was that the divorce and the financial application were “related actions”. Under the 2011 regulations and the 2009 EU Maintenance Regulation, the court has power to stop a related action from proceeding so that it can be decided alongside the first action. The majority in the Supreme Court found that questions of maintenance and marital status were separate. There was no risk of irreconcilable judgments because the subject matter of each set of proceedings was distinct. They also held that terming divorce and maintenance related actions would rob the maintenance creditor of the chance to select the most advantageous lawful forum for their application.

The issues in Supreme Court, summarised:

By a majority, the Supreme Court dismissed the appeal, answering no to all three questions. The government’s position that the 2011 regulations were made intra vires was upheld. No constitutional law scoop there then.

What can we learn from this case?

The Supreme Court addressed some pretty obscure points of the law on family finance and considered the way in which the UK government has given effect to EU law. If the UK does not reach an agreement with the EU during the current “transition” period, this case will become largely irrelevant in very short order. But don’t be deceived by the presence of government lawyers; this case was never about the rights and wrongs of Brexit.

The financial impact of this case on Mr and Mrs Villiers will be very real indeed and shows the lengths to which financially weaker parties will go to get a hearing in the most advantageous forum. The case highlights the centrality of EU law to UK family law and gives a taste of the huge amount of work required to disentangle it if there is a clean break at the end of the Brexit transition period. The case also demonstrates the enormous difference between English and Scottish financial provision on divorce. Separating couples with connections in both jurisdictions should take note.