End of the line for fare-dodging solicitors 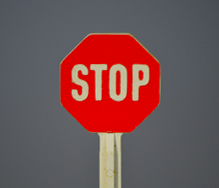 Two solicitors have been struck off for dishonestly obtaining rail travel without paying – one a newly qualified barely a year into his career and the other who had not practised since soon after he qualified almost 15 years earlier.

The young solicitor, Adam Kemeny, saved paying up to £650 in rail fares over a three-month period between July and October 2017 by declining to buy £11 tickets for his morning commutes from London and failing to ‘tap out’ at his destination in Surrey.

He did pay for the much cheaper return journeys.

Mr Kemeny, who was born in 1985 and admitted in 2016, self-reported his misconduct after reaching a private settlement to pay the rail company, Govia Thameslink, £650 in outstanding fares and £200 in costs.

He was summarily dismissed by his firm. Since then, he was worked in-house and more recently as an e-discovery document reviewer – he had needed a practising certificate to get the work, but he did not practise as a solicitor in the role.

He told the Solicitors Disciplinary Tribunal that he was deeply embarrassed by his actions. He explained that failing to swipe in at Redhill Station became a “habit he could not stop”.

The tribunal determined that Mr Kemeny chose not to pay the fares and could afford to buy the tickets. His salary as a solicitor was £38,000 a year and his bank account was in credit for much of the material period.

Read the rest of the Legal Futures news story here.