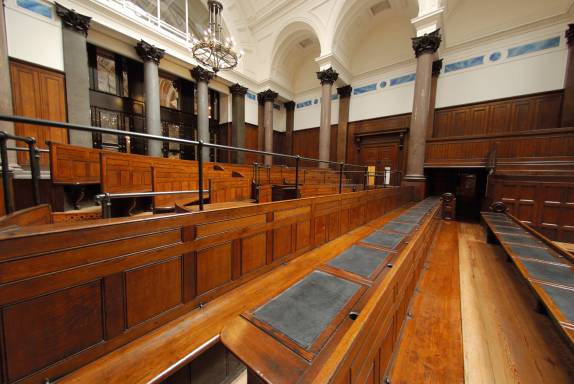 The ‘’Blame game” to end as Divorce Bill receives Royal Assent. It is now official. There will eventually be a No fault divorce system in England.

On the 30th November 2016, lawyers who are members of the organisation ‘Resolution’ including myself, lobbied Parliament and their MP’s to ask for a change in the law. This was not in order to either dilute the institution of marriage or to enable getting a divorce to become much quicker. It was to try to minimise the conflict between couples and to assist them to deal with matters in as non-confrontational way as possible.

The well-publicised case of poor Mrs Owens (Owen v Owen 2018 UKSC41) who had cited in her petition that the irretrievable breakdown of her marriage was due to her spouses’ unreasonable behaviour, had her case and matrimonial matters dragged through the court system only to find that she was not able to get the divorce and the release from her unhappy marriage that she so needed. Perhaps Mrs Owen can now take comfort in the knowledge that her case having highlighted how archaic and unhealthy our divorce system was has assisted us to reach the new reform that will now take place.
Article continues below...

The position before The Divorce, Dissolution and Separation Act

No matter how hard lawyers tried to tone down allegations in a divorce petition to avoid confrontations, animosity and a breakdown in the parties’ communication and negotiations, the petition needed to be ‘proved’ to the court. The Judge needed to be satisfied that the Petitioner wishing to divorce had sufficiently proved in the petition that the marriage had irretrievably broken down due to either the other spouses Adultery, Unreasonable behaviour, desertion, the other spouse had consented and the parties lived separate lives for a continuous period of two years separation, or that both parties had been separated for five years and that there was no grave financial hardship shown by the other party if the divorce were to be granted.

The position post The Divorce, Dissolution and Separation Act

On the 26th June 2020 the MOJ and the Rt. Hon Robert Buckland QC MP issued a press release to confirm and clarify the position including that:

‘The Divorce, Dissolution and Separation Act will:

‘The changes will not come into effect until later next year to allow careful implementation of the necessary changes to court, online and paper processes’.

Is this a dilution of marriage? What will the new law mean for divorcing couples?

This is best summarised by  the Rt Hon Robert Buckland QC MP who it was reported in the press release on the 26th June 2020 has said:

‘’The institution of marriage will always be upheld, but when divorce cannot be avoided the law should not exacerbate conflict and harm a child’s upbringing’’.

‘’These new laws will stop separating couples having to make needless allegations against one another, and instead help them focus on resolving their issues amicably’’.

‘’By sparing them the need to play the “blame game”, we are removing the antagonism that this creates so families can better move on with their lives’’.

‘The new laws seek to align the divorce law process with the government’s approach elsewhere in family law - encouraging a forward-looking non-confrontational approach wherever possible, thereby reducing conflict and its damaging effect on children in particular.’

Personally, I would have preferred for there to also have been introduced within the new divorce system a requirement that couples attend at least a couple of relationship counselling sessions prior to commencing the divorce proceedings to see what went wrong with the marriage, if there is a spark left that can be reignited and if not, to prepare them for the path ahead just as parties are encouraged to attend Mediation before embarking on issuing financial remedy proceedings

It now becomes a waiting game to see how quickly the forms can be processed and the new procedure can be implemented. After all, it was not so long ago that the petition for divorce was last amended.

During the Covd-19 pandemic the court system has been challenged and had to be brought into the 21st Century at the speed of lightening with the setting up of remote hearings and the digitalisation process hopefully being accelerated. Would it not be great to be able to pick up the phone to a court and to receive an instantaneous helpful reply to a query? Now that is another question for another time perhaps. For now, we are grateful that hopefully the Divorce, Dissolution and Separation Act will pave the way for a ‘no pain no drain divorce’ both financially and emotionally.

The law applicable in this article is that in England and Wales. While every effort has been made to ensure the accuracy of the information in this article, it does not constitute legal advice and cannot be relied upon as such. The writer does not accept any responsibility for liabilities arising as a result of reliance upon the information given.

Press release on the 26th June 2020 by the MOJ and the Rt Hon Robert Buckland QC MP see  https://tinyurl.com/y7cx6whm

When breaking up is hard to do: the case for divorce law reform
6 JUN 2017
UK divorces must continue with remote hearings after coronavirus, say lawyers
Authors: Graham Coy
23 APR 2020
Divorce, Dissolution and Separation Act 2020
29 JUN 2020

When breaking up is hard to do: the case for divorce law reform
6 JUN 2017
UK divorces must continue with remote hearings after coronavirus, say lawyers
Authors: Graham Coy
23 APR 2020
Divorce, Dissolution and Separation Act 2020
29 JUN 2020