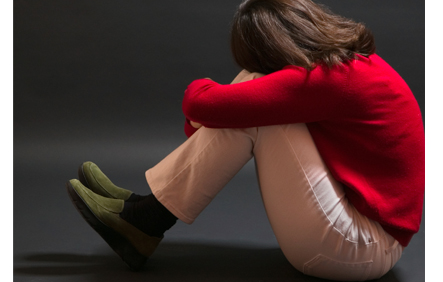 Alison Saunders, Director of Public Prosecutions, is expected to announce that the conviction rate for domestic violence prosecutions has reached its highest ever level.

Figures due to be released will reveal that 74.6% of those prosecuted for domestic violence were convicted in 2013-4. This is 58,276 defendants. Domestic violence now makes up more than ten per cent of Crown Prosecution Service's total casework.

Prosecutions for offences of violence against women and girls overall also showed the highest ever conviction rate at 74.4%, and an 11% increase in the volume of defendants charged since 2012-13. Over 8,000 more cases than last year were brought to court, with over 6,500 more convictions.

I am incredibly proud of what the CPS has achieved in recent years in tackling violence against women and girls. Taken as a whole, referrals from police are up, prosecutions are up, and convictions are up. This is in no small part due to the leadership shown by dedicated specialist coordinators in every CPS area and the determination of our prosecutors and case workers to see justice done for victims of crime. The work of external experts from organisations such as Women's Aid and rape crisis centres has been invaluable locally and nationally to inform our policies and practice. We remain committed to building on our achievements further and continuing to address areas for improvement.'

'Violence against women and girls is not acceptable, and those that commit violence need to know that they are not going to get away with it. Getting that message across is one of our key priorities and the criminal justice system has a key role to play acting as a deterrent to would-be offenders, and punishing those who do commit these crimes.

I'm pleased to see the vast improvement the CPS has made in handling their prosecutions for these sorts of crimes, and that we have the highest ever conviction rate in Domestic Violence cases. There is still more to do, but this is good news and shows what can be done when the whole criminal justice system works together to make improvements.'

Explains the changes to the way courts...
£51.99
View product

'We welcome the new statistics from the CPS today that show the highest ever recorded conviction rate for domestic violence prosecutions. It is vital that women experiencing abuse feel confident that they will be taken seriously and supported by the criminal justice system; this increase in the conviction rate sends a strong message that the CPS is committed to ensuring victims get justice. It also signals to perpetrators that their behaviour is unacceptable and they will be held accountable. We look forward to continuing to work with the CPS and other frontline agencies to make further progress in ensuring that all perpetrators of domestic violence are prosecuted and convicted. Ultimately, both we and the CPS hope to ensure that women and children who experience domestic violence are able to access the justice they deserve.'

The DPP will speak at the Women's Aid national conference as the seventh annual CPS Violence Against Women and Girls (VAWG) Crime Report is published.

In addition to the highest ever recorded conviction rate for domestic violence, and for violence against women and girls as a whole, the report also shows: