Does a qualifying post-nuptial agreement preclude a ‘second bite of the cherry’ under the Matrimonial and Family Proceedings Act 1984? 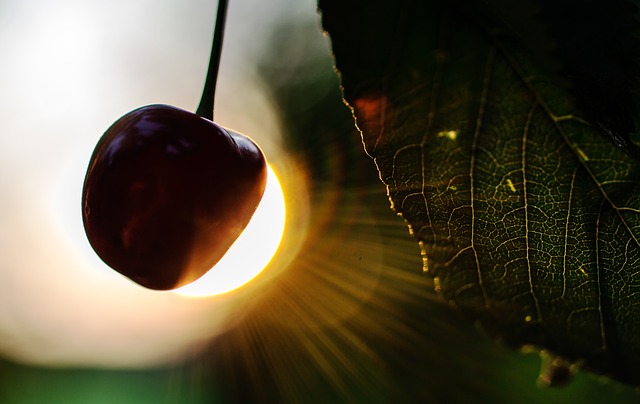 Consider the following scenario. Upon divorce in a foreign jurisdiction one party to the marriage (A) achieves the best financial settlement they deem possible against the other party, (B). This is achieved by way of a post-nuptial agreement expressed to be in ‘full and final settlement’ of A’s claims against B in any jurisdiction. Absent any vitiating factors, to what extent does that agreement affect A’s subsequent claim in England and Wales for financial relief under Part III of the Matrimonial and Family Proceedings Act 1984 (the 1984 Act)?

On 22 April 2016 Roberts J handed down a comprehensive judgment in Z v Z. The case concerned a former wife’s application for financial relief after an overseas divorce under Part III of the 1984 Act.

The judgment forms ‘Stage I’ of a two-stage process. At Stage I the court was asked to determine whether – pursuant to s 16 of the 1984 Act – it would be ‘appropriate’ to make an order. Provided settlement is not reached in the interim, ‘Stage II’ will concern the terms of the order (pursuant to s 17 of the 1984 Act; to be heard between 8–13 June 2016). At para [156] of her judgment Roberts J concluded that, by the ‘narrowest of margins’, it was appropriate for an English court to make an order for financial provision in the applicant’s favour. Roberts J went on to indicate, however, that W’s sights were set too high in relation to the substance of the award (para [157]).

The applicant wife (W) and respondent husband (H) were both Russian nationals and married in Moscow in 1997. There were three children of the marriage. The parties moved to London in 2004. In 2007, by way of an offshore trust structure, they purchased and began refurbishing a house in Kensington. The parties separated in September 2008 after 11 years of marriage. Later that month W and the children moved in to the Kensington house and have lived there since. H issued divorce proceedings in Russia, after which W attempted (unsuccessfully) to engage the jurisdiction of the English court. Following the dissolution of their marriage in Russia the parties reached agreement regarding H’s financial provision to W – approved by a Russian court in August 2009. In 2014 W commenced proceedings in England under Part III of the 1984 Act. Permission was granted and W’s application was heard by Roberts J between 14–18 March 2016.

The parties were extremely wealthy; theirs was a lifestyle of ‘yachts and helicopters’ (para [81]). H conceded that he could meet any order the court might make (para [81]). Wealth derived from H’s father (Dr Z) who settled a number of inter vivos trusts (paras [17]–[40]). Of principal importance is the ‘BMT Trust’ – a Bermudan trust settled in 2005. The trustees were Codan Trust Company Ltd. Amongst other assets the trust held shares in Kopt Development Ltd – the legal owner of the Kensington property. The company charged rent for occupation of the house, which H continues to pay for the benefit of W and the children.

At the time of the divorce H and W were not beneficiaries of the trust; they would fall into the class of discretionary beneficiaries upon Dr Z’s  death (paras [17]–[18]). For this reason the trust fund of US$40m was not disclosed during the Russian proceedings – permissible under Russian law (para [101]). In 2014 the terms of the trust were revised such that H would become a life tenant upon the death of his father (paras [30]–[33]).

Between 2012–2013 H became a beneficiary under two further trusts. Following the divorce, swathes of money were transferred from the BMT Trust into these new settlements. By the date of the instant hearing H had received outright appointments amounting to US$36.8m, increasing his personal wealth to around US$40.5m (para [28]).

The primary target of W’s Part III application was an extraction of the Kensington property from the BMT Trust, relying on the court’s power to vary a nuptial settlement under s 24(1)(c) of the Matrimonial Causes Act 1973 (para [53]). W made this intention known to the Bermudan trustees before the conclusion of the proceedings in Russia (para [59]).

H argued that W was in reality seeking a ‘top-up (or “second bite”) because she [did] not now believe that the award made by the Russian court was fair in the light of the wealth into which the respondent [had] subsequently come’ (para [111]).

Understandably, H placed weight on the five-and-a-half year delay in bringing the application, attributable on W’s case to the state of her mental health (para [12]).

The parties’ post-nuptial agreement provided W  with a lump sum of approximately US$10m. In approving the settlement the Russian court made no enquiry of W’s housing needs in the UK (para [137]). In fact, in 2015 H agreed to pay for a further seven-year lease in respect of the Kensington property, allowing W and the children to remain in occupation until the youngest child turned 22.

Paragraph 10 of the agreement stated: ‘The parties have concluded this agreement as obligatory for them in all countries of the world, wherever they may live, and wherever the property may be located’ (para [73]; emphasis added).

Each party received legal advice before reaching agreement and – although initially disputed by W – there was no uncertainty as to its terms (paras [106]–[107]). Notwithstanding a degree of pressure on W at the time of signing, it constituted a valid agreement (para [131]). On H’s case, following the Supreme Court decision in Radmacher  v Granatino [2010] UKSC 42, [2010]  2 FLR 1900 W was bound by the terms of the agreement.

‘The point which arises here is whether or not, in consideration for what she received under the terms of the Russian agreement, I should treat it as a binding agreement not to litigate further or, in other words, a final compromise in relation to all and any claims arising out of the marriage.’ (para [138])

At para [90] Roberts J concluded that:

‘Even if the terms of the agreement were fair in the light of the then prevailing circumstances, that fact, of itself, is not  necessarily a bar to an effective Part III claim provided that the English court considers it ‘appropriate’ in all the circumstances to make an order.’ (Emphasis added)

In adopting this position Roberts J was persuaded by the following points.

Section 16(d) of the 1984 Act requires the judge to have regard to the ‘financial benefit’ already afforded to the applicant. The provision ‘does not, in terms, require the court to consider whether the foreign order has foreclosed any claim in England under the terms of the agreement’ (para [139]). Roberts J quoted with approval submissions on behalf of W: ‘one looks not at any prohibitory effects in the foreign compromise against later proceedings, but at the actual substantive financial benefit arising under it’ (para [140]).

It would be wrong in principle to penalise applicants for reaching agreement and concluding their original foreign claim. This submission was buttressed by the observations of Munby J at first instance in Agbaje v Agbaje [2006] EWHC 3285 (Fam) (subsequently affirmed by the Supreme Court [2010] UKSC 13, [2010] 1 FLR 1813):

‘I do not see that [the Applicant] should be criticised for seeking what she could in Nigeria and then […] turning to this country when the order made by [the Nigerian judge] turned out to be so disappointing from her point of view. What, after all, was she supposed to do? Simply ignore the Nigerian proceedings and let them go by default? That would have been a very high risk strategy indeed.’ (Agbaje [2006] EWHC 3285 (Fam), para [58](a))

In answer to the question posed at the outset, a valid post-nuptial agreement to exclude all future claims did not defeat automatically W’s application under the 1984 Act.

The dichotomy is obvious. On behalf of W it was accepted that:

‘there is a tension between the court’s encouragement in Part III claims that an applicant seek what he or she can get in the foreign jurisdiction (which might well involve a compromise with a ‘full and final settlement’ type clause), and the precepts of Radmacher that such a done deal should be honoured unless unfair.’ (para [140])

‘The tension here (as so often) lies in the twin objectives of achieving finality in litigation and fairness of outcome in circumstances as they are found to be at the time an application is made. I have to stand back and survey all the circumstances of this case, including the particular factors listed in section 16. Having completed that survey, I am obliged to dismiss the application only in circumstances where I am not satisfied by the conclusion of the case that it would be appropriate to make an order.’ (Emphasis added)

For the following reasons the decision represents a sacrifice of ‘finality’ at the altar of ‘fairness’.

The purpose of the legislation

Lord Collins in the Supreme Court decision of Agbaje  identified the purpose of the legislation as ‘the alleviation of the adverse consequences of no, or no adequate, financial provision being made by a foreign court in a situation where there were substantial connections with England’ (Agbaje [2010] UKSC 13, para [71]) His Lordship continued at para [71]:

‘It is not the purpose of Part III to allow a spouse (usually, in current conditions, the wife) with some English connections to make an application in England to take advantage of what may well be the more generous approach in England to financial provision, particularly in so-called big-money cases.’

Neither is it the purpose of Part III to provide a ‘second bite of the cherry’ (para [75]) after a material change in circumstances, akin to the court’s power of variation (Matrimonial Causes Act 1973, s 31). Following the divorce, H received around US$36.8m in appointments from his father’s trusts. That fact was relevant as part of all the circumstances at the time of W’s application. Did it, however, weigh too heavily in the assessment of whether an award under Part III was appropriate?

Beyond their valid post-nuptial agreement – made upon divorce – which professed to conclude all claims worldwide, it is difficult to imagine what more the parties could have done to evidence their intention. By allowing W to go behind the agreement the English court neither upheld personal autonomy nor the authority of the original court in Russian. Arguably, therefore, the decision manifests paternalism on an individual and international level.

Whilst the ultimate award may not be the same as that produced under the Matrimonial Causes Act 1973 (MA v SK [2015] EWHC 887 (Fam), [2016]  1 FLR 310, para [56] per Moor J), are courts in England and Wales too willing to open the door to wealthy international litigants seeking a ‘top up’ after divorce?
James P. Webb is a practising pupil barrister at 1 Hare Court, London.
Categories:
Articles